Traffic jam, waiting lines in supermarkets, overcrowded places, tension at workplace or at home and so on are just a little piece of the modern society’s pattern, designed to make us tense and nervous.

Modern world is powered by constant stress, in a way. We lead fast, busy lives, being constantly overwhelmed by unfiltered information from our surroundings. Lack of intimacy is a serious issue in the modern world. An average urban individual would most likely feel anxious and nervous without a cell phone or laptop, if not terrified. We made ourselves available all the time, which leaves seriously poor space for being relaxed and calm.

Beside curses of the modern living, people surely have their own, deeply personal worries. All sorts of transitions, changing habits and living conditions, relations with other people, health issues and such could be very stressful, even if we don’t experience them that way. Combined with the circumstances of the world we live in, they are a great recipe for tension and nervousness.

It seems modern humans are quite grumpy beings. Not surprising at all, having in mind how we live generally.

However, it is normal to be nervous to some point. If nervousness isn’t something that badly affects our day, it is fine. Maybe it isn’t pleasant, but it is the part of humans’ nature. It would be completely insane to feel calm and relaxed all the time. You’ve certainly familiar with terms such as ‘zen’ and ‘nirvana’, states of mind that represent the complete and full awareness of ourselves and the world around us. They imply a harmony of our mind, body and soul; a total and overwhelming balance within. You could only imagine how difficult is to achieve such a state while you need to deal with annoyances of all sorts on a daily basis. However, managing the tension and nervousness is possible, by all means.

Feeling nervous for some reason is quite natural and normal. For example, you need to talk in front of a group of people and you are somewhat afraid and tense. Even persons who appear fully self-confident do experience jitters, from time to time. However, there are types of nervousness not to be taken for granted. Anxiety is a form of nervousness with more serious background. It is important to recognize the type of nervousness you suffer from, in order to successfully deal with it.

Difference between nervousness and anxiety

As we’ve mentioned before, it is quite expected and healthy to get nervous from time to time. For example, stage fright is a ‘healthy’ type of nervousness, if it doesn’t seriously affect your performance, of course. Nervousness caused by annoyances at work or at home is also completely explicable.

Humans became really impatient beings; we hate waiting in lines, getting stuck in traffic, we get angry if our devices don’t work properly and so on. You see, there are numerous reasons to get nervous. Not that it is a desirable development of a situation, but it is still explicable. We’ll talk techniques for management such sort of nervousness later on.

On the other hand, anxiety as a psychological disorder and completely different thing from common nervousness.  Anxiety is behavioral disorder that develops slowly and gradually overtakes an individual’s life. It is a constant sense of irrational heath and danger. People who suffer from anxiety are feeling extremely nervous and scared in regular, daily routine tasks. They commonly develop some patterns of behavior, such as obsessive-compulsive actions, which they find safekeeping. Patients who suffer from anxiety usually feel like something terrible is about happen; they have irrational thoughts and fears.

Anxiety is a serious psychological issue that needs to get managed. It is different from depression, but it often accompanies it. To put things simply, the main difference between a normal amount of nervousness and anxiety is that in the first case you usually know the reason for feeling unease and an episode doesn’t last long; anxiety implies a person is constantly feeling extremely nervous and terrified by completely irrational fears. A patient constantly fights ghosts and demons that doesn’t exist or gives abnormal importance to actual negative causes. In addition, a person suffering from anxiety hardly gets persuaded their fears are unreal.

So, you’ve got nervous for some reason or you’re nervous for some time and the annoying mood increases gradually. Fortunately, there are ways to deal with the situation. Depending on the cause that triggers your nervousness, there are various techniques to choose in order to get relax. You know how stress and tension affect our health. People who are extremely impulsive and prone to outburst of anger are far more susceptible to various health problems. Inability to relieve the tension leads to high blood pressure and heart rate disturbances, which could be followed by conditions that are more serious.

Some people tend to relieve tension and nervousness by food, which is obviously harmful to our bodies. So, here are some useful tips on how to reach your own ‘zen’.

First of all, it is very important to discover what makes you feel nervous. Maybe you’re able t influence the situation. For example, if habits of someone, whom you live, hang out or work with annoy you and make you feel unease, try to talk to them. It is surprising how just a few words could change the things. If you’re able to change the conditions, don’t be afraid to do it; for example, changing your job or so. If you’re nervous because of things that are out of your reach to handle, go through them thoroughly and determine which issues are actually worthy of your worry. People tend to get nervous about minor, but annoying things they cannot change. For example, you get angry because the line in supermarket is moving slow. Try to calm down, take a deep breath, because you know it is not in your hands. Sometimes, the best way to deal with the situation is to accept it.

Physical activity is proved an extremely effective stress relieve technique. It is highly recommended for you to be active in general, but some good cardio could really help in managing your nervousness. Chemical process that go on in our bodies during activities such as running are scientifically proven to cheer us up, relax us and improve our mood. Hormonal changes happening during physical activities are friendly to our overall self-image, emotions and mood. If you are nervous for any reason and you have time to do some exercise, than do it. It will surely make you feel better. In addition, it would distract your thoughts from the subject that makes you nervous and improve your general condition. Enlist some sort of physical activity in your weekly schedule. Exercising is also commonly suggested for people suffering from anxiety.

You’ve surely heard thousand times how breathing technique, massages, meditation and yoga affect our body, mind and soul. Maybe it sounds boring or you’re wondering whether it actually helps or not, but give those a try. Meditation is a simple way to reset your mind and relieve the daily tension. It is not so complicated and everyone could do it, or at least something similar. Play some soothing music or practice it in silence. You need to make yourself comfortable, practice deep, full breathing and concentrate on relaxing your body. Try to meditate for ten to twenty minutes daily or any time you find space for it. It may help in reducing your general propensity for nervousness. You could also try yoga or something similar; it will help you reduce stress and improve your body condition.

Feeling nervous means you are under stress for some reason. While it is important to know what are the triggers of nervous feeling, ways to deal with it are quite the same. Indulging yourself without regret is a good thing to do if you’re feeling nervous, afraid or sad. Pleasure, however, doesn’t mean extreme actions. Therefore, it doesn’t mean it is ok to eat the whole candy box just because you’re nervous. Try some different, soothing things. Make warm, foamy and aromatic bath, for example. Eat a chunk of chocolate, but not the whole. Read a book or watch a movie. Do anything that generally makes you feel good, but make sure not to overdo it. As long as it doesn’t affect your regular activities and health and makes you feel less nervous, it is ok.

Nervousness about future events is very common. There are ways to deal with it, of course. Besides mentioned techniques, positive state of mind is of a vital importance. If you work on boosting your self-confidence and generally think positive about yourself, you are n a half way to stars. People who value themselves are far less susceptible to feeling stressed and nervous than others.

Use positive affirmations, especially if you worry about some future event. Try saying sentences such as: ‘I am worthy of doing it’, ‘I will make it’ and so on. However, it is also important to accept the possible failure, as a normal thing that could happen. Do not feel guilty if you haven’t succeeded and if your nervousness was noticed; it is a normal thing.

Another good thing that works in long term is positive visualization. It is also very useful before you have to d something that makes you feel nervous. Imagine yourself at some calming and relaxing place. Use any imagery you find soothing. You could enlist positive affirmations and visualizations in your daily routine. Let them be the first thing you do in the morning. This way, your day would start in a relaxed and calm state, which implies less risk for getting nervous later on during the day. 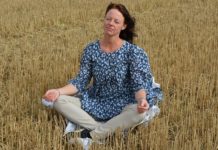 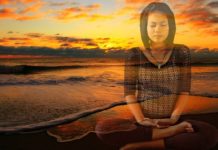 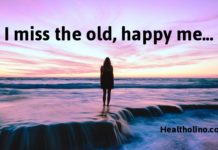 I Hate My Life – Quotes and What To Do When You Hate Your Life? 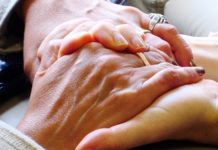 What to Say to Someone Who Has Cancer? 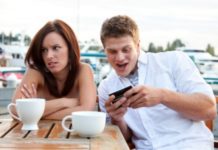 Why Do People Ignore Me? 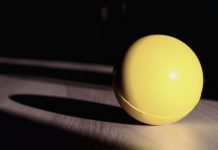 How to Make and Use Stress Balls? 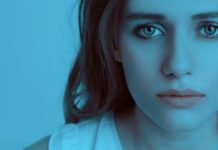 How to Comfort Someone Who Is Sad? 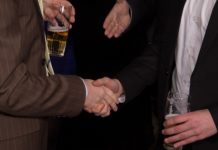 How to Praise and Congratulate Someone?