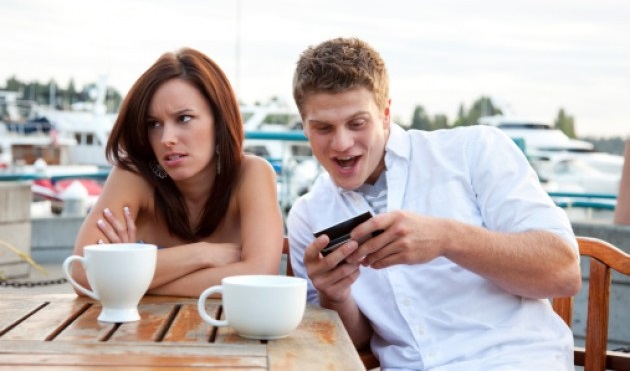 Being occasionally ignored is just a normal part of our life. It is completely normal and expected that no person would devote all of their attention and focus to you and your story, every possible moment, all the time. All of us have our own concerns to think about.

The cause is not particularly important, neither if we worry about the problem we need to solve or we are planning something we look forward to nor if we just think of our regular daily obligations; all of those thoughts distract our attention from other people and we could simply overhear what they are saying. The same could normally happen to us. There are plenty of situations in life when we would be ignored. Sometimes, the reason may be that we don’t make enough effort to be noticed, sometimes we don’t mind at all, but other times we may feel sad about it.

However, while a certain amount of disregard is boring and unpleasant, it is normal and expectable, but frequent self-sense of being invisible to other people could be a real problem.

People are not the same. The diversity of human characters and behavior is vast and the types and patterns of acting and dealing with social situations are countless. Each adult human being has developed a certain pattern of behavior and positioning itself in the social world; that pattern, however, could be molded endlessly, though it is quite difficult to reshape already acquired habits. Some people grew to be ignorant and don’t care about being ignored themselves.

While there are individuals desperately seeking for attention of other people, there are those who are shy and don’t like to catch the spotlight and be noticed. Sometimes people do ignore others on purpose; sometimes they get hurt if their words remain overheard and ignored.

If you expect to have one hundred percent attention of other people, each time you say something, you are terribly wrong. People have their own concerns to think about, even if they seem to listen you. Your stories have surely been taken for granted and remained without any response many times. It is important what you are saying and to whom, of course. If you just feel a bit annoyed or sad about the situation, you’re fine. No one has ever said you would always get the answer you want or even get an answer at all. Disregard can sometimes be even productive. If you are interested in someone and the person ignores you, but you know there is no particular problem that might take over his or her thoughts, it is not pleasant, but you’ll know how you stand. It is true the best is to talk straightforward and clear; however, people act differently and not always the way we might like or want them to.

Therefore, a certain amount of disregard is normal and healthy. Imagine what the world would look like if everyone would pay attention to everyone else, all the time? Well, it would turn into chaos, because people’s brains are not capable of dealing with so many information at a time. To have constant attention of others and pay the same attention to other people is tiring, exhausting and unnatural.

However, there are sorts of disregard that are bad. There are people who suffer of being ignored by others for years and years of their lifetime. Those individuals are insecure and of a very poor self-esteem; they slowly withdraw from social life, get extremely depressed and so on.

Unfortunately, many of those persons get used to the circumstances and give up changing things.  The range of disregard spreads from normal, daily social situations, such as talking to a cashier in supermarket or seeking some advice in a public place, to getting engaged in conversation at a party, business gatherings and so on. The state of being constantly ignored makes person feel invisible to others and their already poor self-image erodes, leaving them sad, depressed and gloomy.

Why am I ignored?

If you’ve noticed other people don’t really pay attention on what you’re saying or doing and you want them to, you may ask yourself what is not right. If people stop asking you out or don’t want to keep in touch with you, it could be really disappointing and unpleasant experience. If you know there is no particular reason for that, you probably wonder if you did something to reject them away. If the same pattern transfers to your overall social life, meaning social situations that include larger groups of people and conversations, situations associated with public performance and workplace, situations of regular daily actions that include other people, meeting new people and making friends, relationship issues and so on, you should reconsider your own behavior.

Usually, the main reason of getting invisible to others lies behind our own self-image. The more important and confident we feel about ourselves, the more would other people notice us. It sounds simple and the truth is there is no great philosophical background of being ignored. However, it sometimes takes a lot of effort to discover what you are actually doing to keep yourself invisible to others.

Fortunately, life coaches, psychiatrists and other people’s experiences could be of many help. It does not mean something is wrong with you, but your behavior is most probably the main culprit.

Why I get no other people’s attention?

One of the most logical reasons to explain why you always stay in the shadow of others is your public presentation. Your presence might just not be enough eye or ear catching. You’ve probably noticed people who get desired attention (a seller, a reporter or your eloquent and confident colleague) always talk clear, concise, in an enough loud voice, keep their head and shoulders straight, make and keep eye contact and move naturally, using convincing gestures. They would hardly get ignored. Do you introduce yourself to others in that manner? Mind your body language and your voice, pay attention on how you approach people and work on building your confidence. That is the major thing to do. Don’t get discouraged, because it takes a lot of time and work on yourself to rebuild yourself image and feel good about yourself.

The other very likely explanation of why you are being ignored is also associated with your confidence. While some people are openly shy and just don’t make enough effort to actually catch other people’s attention, others are defensive and aggressive. They are often unaware of this and in constant wondering why others want keep in touch with them. It is maybe because you actually act unfriendly, even if your intentions are totally opposite. It is ok to be nervous and to feel a bit insecure when meeting new people or talking to someone.

However, if you answer them by sharp cutting statements, with your hands crossed, they might get completely wrong impression. Most of people would think you don’t like them at all, they would withdraw and don’t want to talk to you again.

So, rethink your behavior once again. You should manage your anxiety and nervousness; it would make it much easier for you to develop nice relations to other people and feel relaxed and natural in company of others. If you appear self confident, it is much likely other people would recognize you are interested in them and catch their attention.

On the other hand, you may constantly try to get engaged in relations with people you don’t match with. Maybe you keep trying to make relations with people you actually don’t share so much with, in terms of interests and such. You need to reconcile with the possibility you may not be their type of person. It means they are not your type, either. So, you should reconsider our past relation s and pattern of making new acquaintances. If you notice the repeated scheme, you’ll now you should change something.

Being ignored is not an easy or pleasant situation. However, it is an issue that can successfully get managed.

The main thing is to work on your confidence. Every psychology expert would give you the same explanation and advice. If we feel good and confident about ourselves the way we are, other people would appreciate us and grant us their attention.