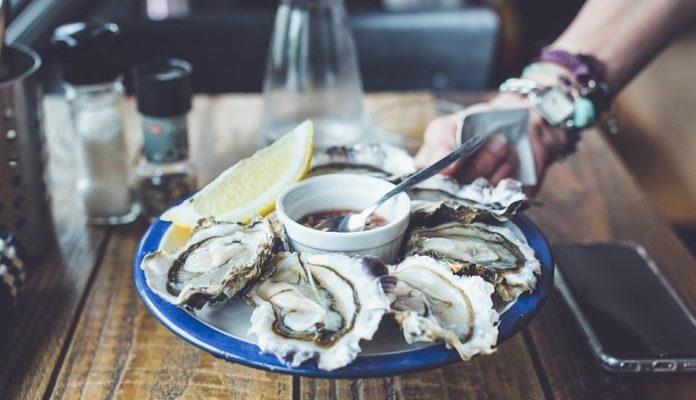 Oysters are families of bivalve molluscs which live in salt water. There are many kinds of oysters and some of them are eaten by humans. Actually, the oysters are eaten as a delicacy, but you may not know that they can be also eaten raw.

So, if you love eating oysters, you have probably bought too many of them because you wanted to stock them up. But, now you may not know what to do with them. You may not be sure if you will use all of them within the next few days. You may also have oysters in a jar and you cannot eat them. What is best to do in this case? You may be wondering if it is possible to freeze them.

In this article you will get the answer to this question that is very common among all people who love eating oysters. We will tell you is it good to freeze oysters and how you should do that properly. We will give you some useful tips and we hope you will use them.

Is it Possible to Freeze Oysters?

Of course, freezing is one of the best options to save oysters and to extend their shelf life. It is possible that the freezing process will change a little bit the taste of oysters and their texture, but you will probably notice only a small difference.

It is always much better to freeze oysters than to throw them out. Now you will see some useful tips about freezing oysters. You will find out how to freeze oysters properly and what you should do when you remove the oysters from the freezer.

How to Freeze Oysters?

If you decide to freeze oysters in the shell, it is very important to discard all dead oysters. You will recognize them by their open shells. You should always choose the oysters whose shells are closed tightly.

Also, it is important to clean the shell before freezing. It will be very uncomfortable to see the mud when you remove your oysters from the freezer. Because of that, it is much better to clean them before you put them in the freezer. The oyster shells should be placed in freezer bags that are resistant to moisture-vapor. This way you will prevent many problems, such as freezer burn, for example.

As we have already said, another option is to freeze the shucked oysters. This is a much better option because you will have less to do later when you start to cook oysters. Also, shucking will help you save the space in the freezer. We recommend you to save a delicious liquor of oysters by straining them.

You should also rinse oysters in order to remove the sand and mud. The next step is to prepare sealable freezer bags or airtight containers and to put oysters and liquor in them. There should not be too much air space in an airtight container where you have put the oysters. It is also recommended to add a little water if it is necessary. Remember that the oysters should be submerged in their own liquor. This is the best way to shuck the oysters.

Now you may be wondering how long the oysters may last in the freezer. When oysters are frozen, their shelf life will be longer, and it will be about two or three months. Sometimes frozen oysters may even last four to six months, if they have been stored properly.

How to Thaw Oysters?

Now when you know how to freeze oysters, it is also important to know how to thaw them. Proper thawing is very important, in order to save the flavor of the oysters. If the oysters have been already shucked, then you should take the frozen bag or a container with the oysters and liquor and place it in the container that is a bit larger. This will you will save all delicious liquor.

But, if you have frozen the oysters in the shell, then the process of thawing is very simple. You should remove oysters from the freezer bag or the airtight container and you can take how many oysters you want. The next step is to place the oysters in the fridge and to let them thaw. The oysters will need one day to be thawed completely. If the oysters are thawed in the fridge, they will last about two days and you should use them within this period of time.

Another option to thaw oysters is to submerge the frozen container in cold water. You should be patient and wait until the oysters in the container thaw completely. When they are thawed this way, the oysters should be cooked immediately.

Another important thing that you should know is that there will probably be some dead oysters. It happens that some oysters die before you put them in the freezer, so be sure to remove them.

There are so many recipes in which you can use frozen oysters and you will make great meals. Some of the favorite oysters meals are stews, casseroles and stuffings, that are very popular in restaurants all over the world.

Also, you can prepare delicious omelets and soups using the oysters. If you have frozen oysters, you can also steam them with black bean sauce, ginger, garlic and green onion. This way you will get a delicious Asian appetizer. As we have already said, the frozen oysters may change in flavor and texture, but if you use them for some of these meals, you will not notice the difference.

We have mentioned that the texture and flavor of oysters may be changed after freezing, but there are so many recipes that will help you prepare wonderful meals, so you will not notice any difference. Your oysters will be delicious in many different meals, such as stews, stuffings, casseroles, etc. We hope we have given you interesting ideas, so you can prepare delicious meals using oysters.