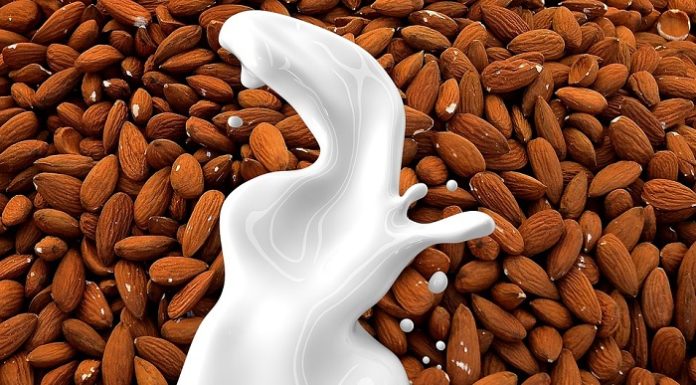 People who are lactose intolerant use many non-dairy products, such as soy milk, coconut milk, almond milk, etc. In this article we will talk about almond milk, which is very popular among vegetarians and vegans.

Sometimes it may happen that we cannot use the whole package of almond milk before its expiration date. It is also possible that you have bought a couple of cartons of almond milk and you don’t know what to do with such amount. In this case you can simply freeze almond milk. You may have heard that freezing is the best way to preserve any product, but you may be wondering if it is good to freeze almond milk.

Actually, there are many pros and cons when we talk about almond milk freezing.

In this article you will have the opportunity to read something more about almond milk and its characteristics. You will find out if it is good to freeze this milk or it may not be a good idea. You should have in mind that many people are freezing almond milk, while others don’t recommend it. It would be best to read this article, so you can decide what you will do with your leftovers of almond milk. Before all that we will tell you some most important things about this drink.

What is Almond Milk?

Almond milk is a very delicious drink that is made of almonds. It is a plant-based milk and it comes in a variety of flavors. Almond milk has a nutty taste and a very creamy texture. You can make almond milk at home by blending water and almonds.

We have already mentioned that almond milk doesn’t contain lactose, so it is recommended to vegans, vegetarians and all people who are intolerant to lactose.

If you are also one of the lovers of almond milk and you have used a half container of it, you must be wondering what to the with the leftovers of your almond milk. Also, you may have bought almond milk in a carton and you don’t know how to use it until its expiration date. You can simply throw it out, but we have a much better option for you. There is a very common question among people who use almond milk : “Is it possible to freeze it“?

Well, there are a lot of discussions about this question. The answer is of course yes, you can freeze almond milk, but there are different opinions about that process.

Now we will tell you another thing about freezing almond milk that can make you give up of this process. If you freeze almond milk, it will not extend its shelf life, but it will have adverse effects. Actually, the shelf life of almond milk will be shorter if you freeze it and if you later thaw it. Much better option is to keep your almond milk in the fridge.

However, there are other producers of almond milk who recommend freezing this milk in order to extend its shelf life. They claim that nothing bad will happen to almond milk. It may change a little in consistency and flavor, but you will not notice it when you use it for baking or cooking. You can also use this milk for smoothies, almond milk creamer and yogurt. There are many recipes in which you can use the almond milk that has been frozen and thawed.

When Should You Freeze Almond Milk?

If you want to use almond milk for cooking or baking, then you can freeze it. As we have already said, frozen and thawed almond milk can change a little bit in texture and consistency, but if you use this milk for baking or cooking, you will not notice any difference. On the other side, it is not recommended to drink almond milk after freezing and thawing.

How To Freeze Almond Milk?

However, if you have only a small amount of almond milk that you want to freeze, then you don’t have to use airtight containers. In this case it is advisable to use ice cube trays. Now we will tell you how to do it properly. The first step is to pour your almond milk into trays and freeze them. When you see that almond milk ice cubes have formed in the trays, you should put them in a sealable container or in a bag that is sealed tightly. After that you should freeze the almond milk again. Put the container or the bag in the freezer again.

How to Thaw the Almond Milk?

You have seen how to freeze almond milk and now we will tell you how to thaw it. The first step is to move this milk from the freezer and to put it in the fridge. Remember that you should always thaw almond milk in the fridge, not at room temperature. This way almond milk will preserve its taste and texture, but the process will last about a couple of hours, so you have to be patient.

As we have already said, it is possible that the ingredients of almond milk separate while the milk is in the freezer, so it may be necessary to shake the almond milk after the freezing and thawing process.

It is also important to know if almond milk is spoiled. You should never use it before you check if it is good for consumption. If you keep this milk properly in your fridge or in the freezer, it will probably last a few weeks or a little more. The best way to see if the almond milk is spoiled is to taste it.

You have seen in this article how to freeze almond milk properly. We have answered to your question if it is good to freeze almond milk or not. As we have said, there are many producers of almond milk who don’t recommend freezing, but many people are doing that without any problems. We have explained you the whole process of freezing almond milk. If you have a small amount of this milk, it is best to freeze it using ice cube trays and put them in sealable bags later, while for larger amounts you should always use airtight containers.

We hope this article has been useful for you. Now you know all the pros and cons of freezing almond milk, so you can decide will you freeze it or not. If you decide to freeze it, we hope you will follow our instructions.