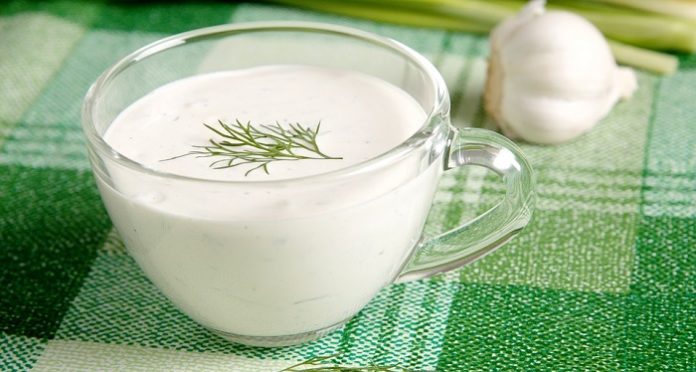 It is known that proper storage is most important if you want that your favorite food lasts longer. In most cases it is recommended to freeze the food in order to extend its shelf life. But, not all foods can be frozen. Some foods are good for freezing, while others don’t freeze well.

In this article we will talk about sour cream and its storage. It is known that most dairy products freeze bad because they lose their consistency and flavor. But, what happens with sour cream? Read on and find out, but before that we will tell you a few words of this dairy product.

What is Sour Cream?

Sour cream is a popular food item and one of the most favorite dairy products. It is obtained through the fermentation of lactic acid bacteria and regular cream. Bacteria is necessary to thicken and to sour the cream. Sour cream regularly contains 14 percent of milk fat, but there are also low-fat and free-fat varieties of sour cream.

Sour cream can be consumed on its own or used in many recipes. You can use it as a dip, eat it with a tost or potato, use it as a topping for your favorite dish, etc. There are also many recipes in which you can use sour cream. You can prepare many savory dishes, such as casserole, different sauces, soups, etc. It is also possible to use sour cream in order to make some types of desserts and sweet dishes.

This is a very common question among people who love eating sour cream and dairy products in general. In this article you will have the opportunity to find out if it is good to freeze sour cream or it may not be a good idea. We will tell you what will happen when you freeze sour cream and how you should freeze it properly.

If you are also a sour cream lover, then you will certainly like to find out how to extend the shelf life of your favorite dairy product. Continue reading this article and you will find out everything about sour cream and its proper storage.

Is it Possible to Freeze Sour Cream?

Now it is time to answer to the question about freezing sour cream, which has been debated for a long time. The answer is yes, you can freeze sour cream, but you should have in mind a couple of things before that. If you decide to freeze sour cream, you have to be careful and take some precautions. It is very important to determine for what you will use sour cream after freezing. It is known that dairy products are not very good for freezing.

The first thing you should know is that the texture of sour cream will change after freezing. It means that you may not want to eat it on its own, but you still can use it for cooking and baking. After the freezing process the ingredients of sour cream will separate and sour cream will lose its consistency. You should not freeze sour cream if you want to use it on baked potatoes or as a dip. However, there are many dishes that you can make using sour cream that has been frozen.

Now when you know that you can freeze sour cream, you will see how you can do it properly. It is important to follow our instructions if you want to extend the shelf life of your favorite dairy product.

How to Freeze Sour Cream?

The first and the most important thing that you should know before freezing sour cream is to be sure that your sour cream is fresh. You should never freeze sour cream that has already been spoiled and that has lost its freshness. It is only possible to freeze fresh sour cream.

It is best to freeze sour cream in an airtight container, but you can also keep it in its original container if it is unopened. You can also use a special freezer bag, but you should be sure that there is no air in the bag before freezing.

If you use a freezer bag, you should mix sour cream with a spoon first. You can do it in its original container or in a bowl. This way you will reduce the risk of the separation of its ingredients after the freezing and thawing process. When you have mixed sour cream, you should place it in a freezer bag.

Another useful thing is to write the date on the bag or on the container. This will help you know when the freezing process of sour cream has started. If you have stored sour cream properly in the freezer, it will last about 6 months. However, most experts recommend not to freeze sour cream longer than 4 months, because it can lose its taste and texture completely.

As we have already said, sour cream will be still useful after the freezing process, but it will lose its consistency a lot. The fat in sour cream will separate from other ingredients, so you sour cream may look like as melted cottage cheese. However, the taste of sour cream will remain almost the same, so you don’t have to worry.

Now when you know how to freeze sour cream, we will also tell you how to thaw eat before you decide to use it for cooking.

How to Thaw Sour Cream?

Now it is time to remove your frozen sour cream from the freezer. All you need to do is to place it in the fridge and to let it stay about one or two days. How long it will need to thaw, it depends on the amount of sour cream that you have frozen.

It is important not to thaw the sour cream at room temperature, because it can cause many bacteria to appear in the cream. So be careful and store your sour cream in the fridge during the thawing process.

When sour cream is completely thawed, you can use it for preparing many dishes, for example in a casserole. We have already said that it is possible that sour cream will change a little in texture, because the fat will be separated from other ingredients in the sour milk. Because of that we recommend you to add a cornstarch teaspoon into it and to mix it together. It will help your sour cream restore its creamy texture and it will be thicker.

But, if you want to prepare any kind of soup, then you don’t have to thaw sour cream first. In this case you can use sour cream while it is still frozen.

Another interesting fact is that you can re-freeze sour cream. If you have already frozen sour cream and if it has been thawed after that, you can do it again. You can be sure that its flavor and texture will not change at all.

Also, if you have prepared a cooked dish using the sour cream that has been frozen and thawed, then you can freeze this dish as well. You can safely freeze any food that contains sour cream and you can be sure that it will not spoil. Sour cream will stay the same as it was after the first freezing and thawing process.

As you probably know, most foods cannot be re-frozen, especially dairy products. But, sour cream is an exception. You can safely re-freeze it when you want and you don’t have to worry. You will have the opportunity to thaw it again and to use it in your favorite recipes.

We have already said that sour cream will probably change in consistency and texture, so it will not be the same as it was before freezing. It may also change in appearance, so it may not be a good idea to serve it on a plate. Instead of that, we recommend you to use this cream for cooking and baking.

There are many recipes in which you can use sour cream. We have already mentioned that you can use it in casserole and different types of soups, but you can also prepare many baked goods, for example pancakes, cakes and muffins.

You have seen in this article that you can freeze sour cream and use it safely after the freezing process. You can also freeze any food or sauce that contains sour cream. But, you should have in mind that sour cream may change in texture and it may lose its consistency.

Actually, it is possible that the fat in the sour cream separates from other ingredients, so the texture of the sour cream will change. However, the taste will remain almost the same, so you will hardly notice any difference.

We have already said that you should freeze sour cream in a special freezer bag that should be sealed tightly, but you can also use airtight containers. If sour cream is not opened, you can freeze it in its original container. Your sour cream will be safe to eat even after 6 months of freezing, but it is important to freeze it properly.

When you decide to use soar cream, you should thaw it in the fridge. We have warned you not to let the sour cream stay at room temperature in order to thaw, because it may spoil this way.

It is not recommended to eat sour cream in its original form after freezing and thawing, because its texture will not be the same. However, it is recommended to use this cream for preparing many cooked and baked foods, such as casserole, muffins, sauces, pancakes, cakes and many others. There are so many recipes in which you can use frozen sour cream.