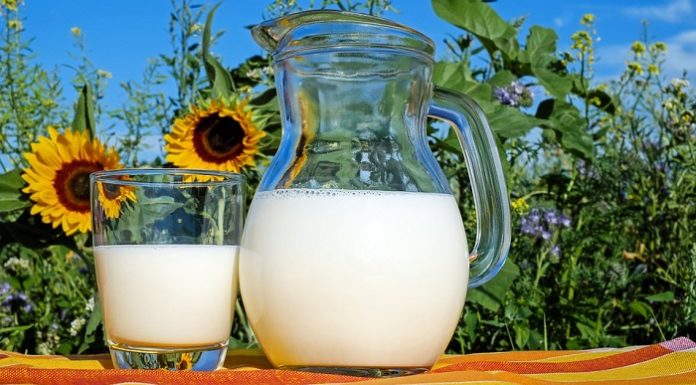 Some say that milk is essential for human health, while others say that it is entirely unnecessary to drink it past the age of five or even four years old in some cases.

So, it is also a question should you reheat milk or not. There is a lack of study on this topic, but some research has shown that for example mothers milk can be easily refrigerated and then reheated.

As we here talk about milk in general, we focused on the two opposite sides of the question – should we drink milk at all? And consequently is it safe to reheat it?

Milk is very healthy and the best source of calcium – drink, reheat and don’t worry

Milk is one of the best sources of calcium and phosphorus that can be found in nature, some nutritionist says. That is why doctors are recommending it to people who are still growing (children and adolescents), as well as those who have the need for faster tissue reconstruction (postoperative and post-traumatic stages). It is recommended for all people to drink from half a liter to a liter of skimmed milk per day.

If we do not include milk and dairy products in our diet, it would be difficult to have enough calcium in the body, because all other foods that contain calcium are considerably poorer and its quantity does not exceed 20 mg, and that refers to a soy milk also.

The utilization of calcium from milk is excellent, which cannot be said for calcium in vegetables, some nutritionist says. In vegetables, calcium is in the form of salts which are primarily discharged from the body.

Milk has a relatively high protein content (3 – 4 g per 100 ml). These proteins are highly valuable. Their utilization in the body is very high, almost 90 percent can be used. They also contain a significant amount of amino acids which are necessary for tissue reconstruction, growth, and development, maintenance of immunity, the formation of blood elements (erythrocytes, leukocytes), etc.

Having said all that, it is certainly always the best solution to drink fresh, organic milk. Cooking it, you kill all harmful bacteria.

Also, by cooking it, or shall we say by heating it, it doesn’t loose its good components. Reheating it, once or even twice it’s completely fine.

Please note that milk should be preserved and properly refrigerated, on right temperature. Only then reheating is safe.

Milk is completely unnecessary and reheating it you intake toxins

Other groups of nutritionists say that milk and dairy products are foods that human beings have been consuming for centuries, but not on all continents. There is one big misconception that people can not live without milk. It has been proven that milk contains an enzyme (casein) that human body can not process.

Consuming milk for the extended period may cause significant problems. These problems are not visible right away, but only after fifteen or twenty years. It is also well known that as the years pass, some people become allergic to milk and dairy products.

Cow’s milk is not food that is intended to be consumed by a human being, some say. For comparison, we should say that cow’s milk contains 1,200 mg of calcium and a liter of breast milk 300 mg.

Also, there is a problem of fat found in cow milk, which the human body can not take. Incomplete digestion of milk proteins causes a process of rotting in the intestines, and also blood becomes increasingly acidic because of minerals found in milk ( in this case calcium), some researchers stated.

For this reason, there is also an increase in osteoporosis in women who consume large amounts of dairy products. Milk contains fats that are suitable for making dressings, sour cream and butter. Abuse of these fats creates problems in the blood vessels and intestines.

People often think that they can not live without milk since it contains calcium. They should turn to green leafy vegetables instead- cabbage, kale or broccoli.

Also, the replacement can be soy cheese, cereal yogurt, or soybeans and various spreads. This group of nutritionist says that a soy milk also contains proteins and it is suitable for women in postmenopausal because it contains hormones (phytoestrogens), which the body begins to lose in time. It is believed that yogurt is a better solution than milk since it is fermented.

In some world countries, there are a lot of people that have colon cancer precisely because they abuse bad quality dairy products. First, cows do not eat natural herbs, and manufacturers then make pasteurized milk (which lasts 60 and 90 days). Industrial additives, preservatives, which are heavy chemistry, are added.

Reheating it – you make things, even more, worse, because it will start releasing toxins into your system. So, milk is completely unnecessary, but if you have to drink it, let it be fresh. In every other way, you will do more harm to your body than good.