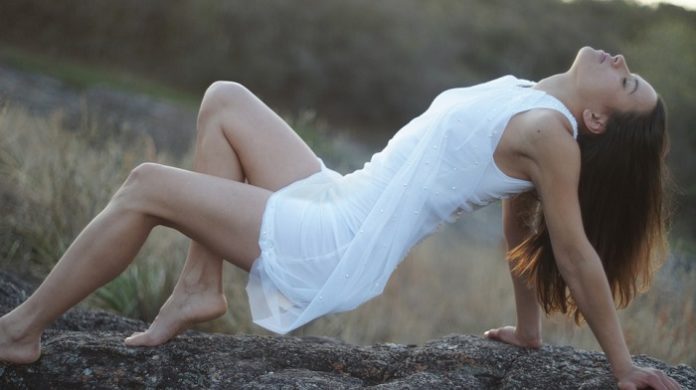 If it’s the time for starting your period, then you may find some discharge that oozes from your vagina. While a clear sticky substance seeps from vagina, please don’t think that you are pregnant. This watery discharge may be the sign of pregnancy but the same thing does not happen for all the cases. A heavy soggy discharge may lead to huge problem. With continuous contact of your skin to dampness, there are aching skin abrasion and intertrigo. Moreover, in case of most of the women, this transparent watery discharge from vagina gives out a stink that may not be hidden easily with perfumed pads or strong genital sanitation.

The only internal reproductive organ of your body is your vagina. The pH value generates a little acidic setting in the vagina in order to keep away from infections. In fact, it is quite a normal vaginal discharge in many instances. You know that your saliva is the oral fluid to rinse out your mouth; similarly, vagina generates fluids for keeping the area clean. But, do not ignore the situation, when you have noticed an alteration in consistency, odor and color of this vaginal discharge because it is perhaps indicating your infection.

Clear watery substance from vagina – Is it normal?

Generally, you don’t need to be concerned on clear thin discharge from the vagina. It, in fact, signifies an excellent balance of bacteria and yeast in vagina. Such watery substance has a significant function in removing dead cells and bacteria from vagina, and you do not need to get worried on this diluted discharge until you have seen some more symptoms.

The conditions when watery discharge may be noticed

It’s quite natural to observe soggy discharge while your menstruation cycle is going on; however, it never means that you will not experience this thing in some other conditions. Always be careful of the time when it appears and then notify it to your physician to carry out a better diagnosis.

Some common situations, when watery discharge may be experienced, are:

During the time of ovulation

At this point, you may find some watery discharge, appearing from vagina. While it is the time of ovulation, there may be an increasing amount of estrogen, and in turn, it brings about watery discharge.

Usually, you can notice this almost one day prior to the release of egg. At the time of ovulation, vagina turns out almost thirty times more amount of mucus, and this is a common fact that mucus may emerge from vagina in clear, watery and neutral form.

The watery substance may also be noticed after or during the sex. So, when you have sexual involvement with someone, and you see the discharge after that activity, there is nothing to be worried. The mucus works as the effect of sexual stimulation.

Usually, it appears from particular glands, positioned below or above the vaginal gap, and it is mainly a greasy discharge, which assists in allowing penetration during sexual interaction.

While you are pregnant, at present, watery discharge is also very common because of the hormonal change. It perhaps appears during the initial pregnancy phase, and is also referred to as the indication of pregnancy. This comes about while your estrogen level gets increased radically.

Besides, you can also find that blood smudges with your vaginal discharge, and this condition is also called as the implantation bleeding, and this condition may be continuously experienced all through the pregnancy. So, do not worry only if the discharge is clear in nature and doesn’t generate some other symptoms, like itching, swelling or soreness while urinating.

Generally, girls start their puberty stage, when they reach ten or eleven years in age, and during their period, vaginal discharge emerges for the first time. This is often scant and looks as egg white. Considerable discharge of estrogen of any teen girl may lead to high thin discharge. Due to the swirling and dancing features of hormones of teen girl, watery substance may be regarded to be a usual phenomenon.

Some risky possibilities in watery discharge

It is always a better plan to consult your physician, when you observe an abrupt increase of the level of vaginal discharge.

Besides, a change in odor and color may also be a concern for which a doctor’s recommendation is needed.

Thus, we may conclude that vaginal discharge may or not may not be a normal condition. Do not guess anything on your own; rather it is better to have a consultation with your doctor.

Sometimes, excessive discharge from vagina may also be normal because there are some medical facts behind it. You may ask yourself some questions on whether you have any other symptoms, such as, dizziness, fatigue, irritability, irregular periods and many such things.

However, sometimes, all these indicate a little imbalance of your body’s mechanism. It is only in few cases, the watery discharge of vagina gets accompanied with terrible syndrome, like cervical cancer. Otherwise, there is no serious issue about water discharge.