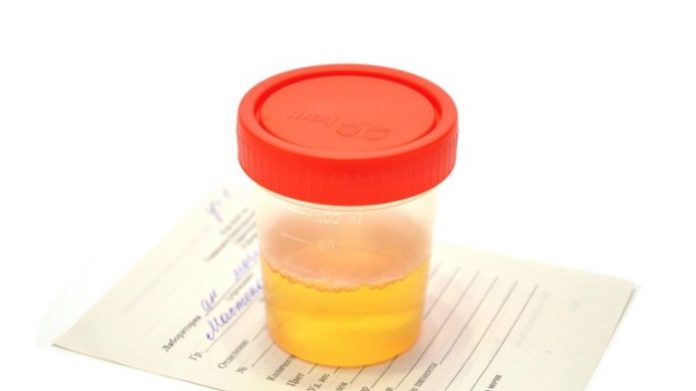 Mucus protects the sensitive linings of the body and it can be found in the stomach, large intestines, lungs and nose. Sometimes mucus may also appear in the urine which may become cloudy. It is known that the urine usually has clear appearance, but if it becomes cloudy, then you may have mucus threads. When mucus appears in your urinary sediment, it may form mucus threads.

Mucus in the urinary tract is absolutely normal, so you don’t have to worry. Some experts think that mucus may be beneficial because it is thick and it can protect the walls of your urinary tract. Mucus appears both in men and women and it can be in the form of threads, crystals and secretions. In this article we will talk about mucus threads, their causes and treatment.

But, if there is a high concentration of mucus threads in urine, then it may be an infection of the urinary tract or some other medical problem.

In this article you will get the answer to this question and you will have the opportunity to see something more about mucus threads in urine. We will tell you what may be possible causes of this condition and how you can treat it.

If you have also been diagnosed with mucus threads in urine or if you think that you have this problem, then you should read this article carefully.

The Causes of Mucus Threads in Urine

Regular discharge. As we have already said, sometimes it is normal to have mucus threads in urine. In most cases this mucus comes from the bladder and  also from the uretra. When you urinate, the mucus will flow in your urine, but it may not be visible

Infection of Urinary Tract. One of the most common causes of mucus threads in urine are also urinary tract infections. Infection of urinary tract are very common and they are usually caused by bacteria. Bacteria may appear in your genital area and spread to your bladder. If you don’t treat this infection on time, it may also spread to your kidneys and cause many serious problems. In this case the mucus threads will appear in urine and it will be accompanied with a variety of symptoms, such as the pain when you urinate, frequent urination, pain in the lower back and many others. It is known that urinary tract infections are very common in women who are pregnant. Actually, there is a strong compression on their bladder, so it cannot store too much urine.

Ulcerative colitis. One of the most common bowel diseases is ulcerative colitis, which may cause the production of mucus threads in urine. Also, a common symptom of this disease is diarrhea accompanied with blood, as well as the pain in abdomen. If you think that you may suffer from ulcerative colitis, you should seek medical help.

Irritable Bowel Syndrome. You may have heard of irritable bowel syndrome. It is a disease in which your bowels don’t work properly for more than 6 months. One of the most common symptoms of irritable bowel syndrome are mucus threads that may appear in your urine. Actually, there is a large amount of this mucus in your stool, so it may also appear in your urine. If you have any problems with your bowels and if you notice mucus threads in your urine, we recommend you to consult your doctor.

Kidney stone. Kidney stone disease is very often accompanied with mucus threads in urine. Also, the urine may become very dark in color and there may be strong pain in abdomen.

Bladder cancer. This disease is not very common, but it can cause mucus threads in urine. There are also some other symptoms of bladder cancer, such as pain during the urination, as well as blood in the urine.

Dehydration. Maybe you didn’t know, but dehydration may also be one of the causes of mucus threads in your urine. Because of that it is very important to drink plenty of water every day.

Now when you have seen what may be possible causes of mucus threads in urine, you will also see what are the symptoms of this condition.

Symptoms of Mucus Threads in Urine

There are many symptoms that may indicate that you have mucus threads in urine. One of the most common symptoms is pain in your abdomen and also the pain when you urinate.

Also, mucus threads in urine may be followed by unusual smell, so you should not ignore it. One of the symptoms of mucus threads is also fever. It is possible that you feel pain during the sexual intercourse. If you notice any of these symptoms, you should seek medical help.

Treatment of Mucus Threads in Urine

Most important is to determine the real cause of mucus threads in urine, in order to treat them properly. If it is not a serious medical condition, then the treatment will not be difficult. Of course, most important is to consult your doctor, who will prescribe you an adequate therapy.

Medicines. If the mucus is caused by the infection of urinary tract, then it may be treated with antibiotics. In this case a doctor will probably prescribe you amoxicillin which will help you treat an infection in only one week. But, if you have chlamydia or any other sexually transmitted disease, then we recommend you to use erythromycin, as one of the most effective antibiotics for eliminating mucus threads in urine.

There are also anti-inflammatory medicines that may be helpful if you have mucus threads in your urine. If mucus threads are caused by ulcerative colitis, then you should take some corticosteroids, but it would be best to consult your doctor first.

Changes in Diet. If you have mucus threads in urine and if they are caused by irritable bowel syndrome, then you will have to change your diet. Most important is to avoid the foods that will cause bloating, such as raw vegetables, fried and greasy foods and carbonated drinks. You should eat more foods that are rich in fiber or you should take some fiber supplements. It is also important to quit alcoholic drinks and smoking.

More fluids. Another important thing if you have mucus threads in your urine is to drink more fluids. It is very important to stay hydrated. We recommend you to drink big amounts of water because it will help you eliminate excess mucus from urine.

Proper hygiene. If you have mucus threads in urine, it is also very important to have proper personal hygiene. Proper hygiene in your genital area is of the crucial importance. It will prevent many sexually transmitted diseases and also urinary tract infections.

As you have seen in this article, mucus threads are not a serious health problem. The presence of mucus threads in urine may be normal, so in most cases there is no need to worry. But, if you notice some other symptoms, like pain or blood in your urine, then you should seek medical help. It may be a serious medical condition, so you should not ignore it.

The most common causes of mucus threads are urinary tract infection and sexually transmitted diseases. Also, mucus threads may be caused by kidney stone, irritable bowel syndrome or ulcerative colitis. In most serious cases mucus threads are the symptom of bladder cancer, but this disease is not very common.

However, we have told you that sometimes mucus threads may indicate normal disharge, so you don’t have to worry. Mucus threads in urine are most visible during the ovulation and menstruation of a woman.

Also, it is very important to make some changes in your regular diet and to drink more water. It will help you get rid of excessive mucus from your body. Of course, you should not forget to do occasional urinalysis of mucus threads.

Swollen Legs, Feet and Ankles after Flying – Causes and Treatment