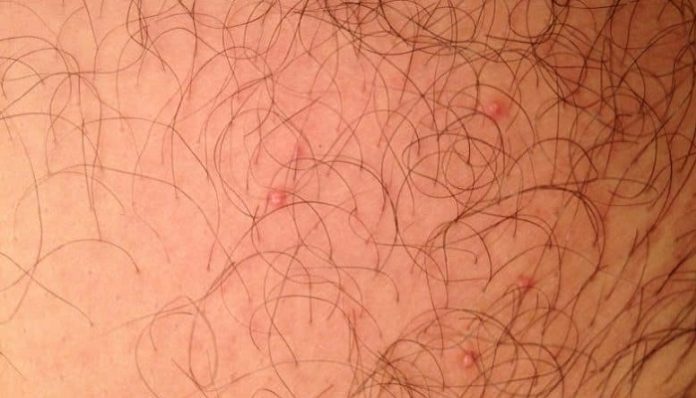 However, if they are not treated on time, genital warts may cause many serious diseases in women, such as the cancer of the cervix and many others. The most common symptoms of genital warts are discomfort and itching. Unfortunately, studies have shown that more than 50% men and women who are sexually active have had genital warts at a certain point in the life.

We have already mentioned that genital warts are usually caused by human papilloma virus and they are transmitted through sexual contact, so it is considered that every person who is sexually active has a risk of getting this infection.

However, there are some factors that may increase the risk of genital warts. Genital warts usually appear to people who are younger than 30 and whose immune system is too weak. Of course, if a mother had genital warts while she was pregnant, it is possible that genital warts will also appear later in child. Some studies have shown that people who smoke are at a higher risk of having genital warts and human papilloma virus infection.

As we have already mentioned, if you have genital warts, it must be a sexually transmitted infection. However, it is possible that you don’t notice any symptoms in the first couple of weeks after you have been infected. Studies have shown that genital warts appear three or even more months after the person has got an infection. It is interesting fact that there are also people who are infected by human papilloma virus, but they have never had genital warts. Because of that, there are many people who don’t know that they have ever been infected.

Genital warts may not be visible in the beginning. They are usually in the color of the skin, so it is not easy to notice them when they appear. Also, they are very small and if you touch them, you will see that they are soft and smooth. We cannot know how many genital warts will appear. Sometimes may appear only one wart, but there are also people who have too many genital warts. Genital warts usually appear in clusters.

Another fact that you probably didn’t know is that genital warts may also appear on mouth, lips and tongue. It usually happens to female population who had oral sex with the person who is infected with human papilloma virus. These warts may also appear in the throat of a woman, so it is important to treat them as soon as possible.

Now it is time to tell you what are the most common symptoms of genital warts. If you don’t notice that genital warts have appeared, because they may be too small, you may notice that you have vaginal discharge or that you have an itching sensation in your genital area. Also, you may feel like your genital area is burning. All these symptoms may be very uncomfortable, so you will probably seek medical help.

We recommend you not to scratch genital warts, in order to avoid bleeding and other uncomfortable symptoms. Now when you know what causes warts and what are the most common symptoms, we will tell you how to diagnose and treat this infection.

How to Diagnose Genital Warts?

If you notice any warts in your genital area and if you think that you may be infected with human papilloma virus, then you should visit your doctor as soon as possible. Not only will your doctor examine the visible parts of your genital area, but he/she will also look inside your body, because genital warts usually appear inside the body of the women.

In this case the pelvic examination and also a Pap smear will be necessary. If your doctor notice any changes, he/she will perform some other tests. If you have been diagnosed with genital warts, you will need an adequate treatment.

How to Treat Genital Warts?

Genital warts may disappear but the virus may stay in the body, so it is necessary to treat the underlying cause of this infection. If it is not treated well, it can lead to many serious conditions, such as vaginal and cervical cancer.

Unfortunately, there are no over-the-counter remedies that could help you in treating genital warts. If you have visible genital warts, your doctor will probably prescribe you a topical wart cream or topical acids.

If a woman has removed genital warts, it will be necessary to do Pap smears regularly after that, approximately every 3-6 months. It is important to be sure that there are no changes in the woman’s cervix.

Also, it is possible that genital warts appear again after they have been removed. You may be wondering how is it possible. Well, the human papilloma virus can’t be removed when it is in the bloodstream. Even though you don’t have any visible genital warts, you may still have a virus which is in your bloodstream, so you could transmit this infection to others. It usually happens when the immune system of a person who you have sex with is too weak.

Because of that it is important to treat the symptoms of genital warts and to manage them, in order to prevent the transmission of genital warts to your partner. Of course, the safest way to avoid this infection is to use condom during the sexual intercourse.

The most common symptoms of genital warts may be the sensation of burning and itching, as well as vaginal discharge. Genital warts are usually painless, but if they are too big, they may hurt. It happens rarely, so you may even not notice that you have genital warts. The symptoms are not visible in most cases, so may live with genital warts for several months without knowing that you have them. Bleeding is also one of the possible symptoms, but it is not very common. If you scratch your genital warts, they may start to bleed, so you should avoid it.

If you think that you have genital warts, you should seek medical help as soon as possible. You will get the proper treatment, but in some cases it will be necessary to remove them by surgery. In this case laser treatments have been shown as the most effective.

However, we have told you that the virus may stay in your bloodstream, so genital warts may appear again even after the wart removal. Because of that it is very important to manage all the symptoms of this infection and to prevent them to appear again. It is recommended to boost your immune system all the time, because genital warts appear more often to people whose immune system is too weak.

We hope this article has been useful for you and we are sure that you will know what to do if you notice any warts in your genital area. Don’t forget that it is very important to visit your doctor regularly, in order to be sure that you don’t have any infection that may be transmitted through sexual contact. Practicing safe sex is the only way to avoid any infections and to stay healthy.

Swollen Legs, Feet and Ankles after Flying – Causes and Treatment