But, did you know that most women also experience the vaginal discharge before and after their period? This discharge is usually whitish or clear, but sometimes it can turn yellow. Yellow discharge can be normal before and after menstrual period and it will go away when the period begins. Before period you can also notice a little of blood in your vaginal discharge, which may be followed by abdominal cramps and other premenstrual symptoms.

But, what if your vaginal discharge has a fishy odor? What if it becomes dark yellow and if it smells bad? Is vaginal discharge normal during pregnancy? In this article we will give you the answers to these and similar questions.

Well, if you notice that your vaginal discharge is yellow and if it has a bad smell, it means that you might have a bacterial or fungal infection. This condition can be also accompanied by redness and itching. In this case yellow discharge may be a symptom of many diseases and conditions, so you have to be careful.

Yellow Discharge Before and After Period

Cervicitis. Cervicitis is a cervix inflammation that is usually caused by sexually transmitted diseases, such as chlamydia, gonorrhea or genital herpes.

It is shown that allergic reaction to condoms may also be one of the causes of cervicitis. The most common symptoms of this vaginal condition are bleeding, abdominal pain, problems with fertility and, of course, yellow discharge before period, as we have already mentioned above.

Vulvovaginitis. Vulvovaginitis is a vaginal inflammatory condition that is usually caused by bacteria and viruses. It may be also caused by many sexually transmitted diseases, poor hygiene, different soap chemicals and allergens.

The most common symptom of vulvovaginitis is yellow discharge before period which is accompanied by bad smell.

Chlamydia. We all know that chlamydia is one of the most common sexually transmitted diseases. It can affect women of all ages, but it is proved that women who have several sexual partners are more likely to suffer from chlamydia.

The most common symptoms of chlamydia are problems with fertility, yellow discharge before menstrual period, pain when having sex and also burning sensation while you are urinating. Some women with chlamydia also lose appetite and their eyes may become yellowish. However, there are also women with chlamydia who don’t have symptoms at all.

Bacterial Vaginosis. Have you ever heard of bacterial vaginosis? Well, it is known that every woman has bacteria. Most bacteria are harmless, but some of them may be also harmful.

This condition is called bacterial vaginosis and it is usually followed by yellow or grey discharge and fishy odor.

Gonorrhea. Gonorrhea is an infection that spreads by sexual contact, but also through mouth. This infection can affect men as well. The most common symptoms of gonorrhea are vaginal discharge that can vary from yellow to green, burning sensation during urination and also an increased urination. The symptoms of gonorrhea may also be fever and sore throat.

Trichomoniasis. Trichomoniasis is a sexually transmitted disease that is typical for younger women who are sexually active. The symptoms of this condition are yellow discharge, pain during sexual activity, problems with urination and fishy odor.

Vaginal Yeast Infection. In the case of yeast infection, a vaginal discharge is usually yellow, thick and odorless, but it may be followed by pain and burning sensation.

But, if you notice that your vaginal discharge in pregnancy smells bad and if you experience an itching sensation, then you may have a vaginal infection or some of the sexual transmitted diseases, such as chlamydia, candidiasis or bacterial vaginosis. In this case it is necessary to visit your doctor as soon as possible.

How To Prevent Yellow Discharge?

There are many ways to prevent yellow discharge before period. Most important is to maintain good hygiene and to use suitable protection if you are sexually active. This is the only way to avoid sexually transmitted diseases which can lead to many health issues, as you have already seen above.

One more way to maintain good bacteria in your body is to consume yogurt on a daily basis. It is known that yogurt contains all good bacteria that we need and it can reduce the risk of candida and many yeast infections. It is also recommended to avoid sugar especially if you are a diabetic.

If you want to prevent yellow discharge and other similar conditions, you should also avoid stress situations and drink more water during the day. Also, experts recommend women to choose cotton underwear and to avoid tight pants.

How To Treat Yellow Discharge?

The treatment of yellow discharge depends on many factors. Most important is to find the underlying cause of this uncomfortable condition, in order to treat it correctly. In most cases a doctor will prescribe you antibiotics that may be very effective if the cause of yellow discharge is trichomoniasis.

If yellow discharge in your case is caused by bacterial vaginosis, a doctor will probably prescribe you some vaginal creams and also antibiotics. Antibiotics will help you in the case of gonorrhea and cervicitis. If yellow discharge is caused by vaginal yeast infection, then your doctor will probably prescribe you some antifungal remedies.

And when should you seek a medical help? If you notice that discharge before and after period or in pregnancy is becoming dark yellow or if the amount of vaginal discharge is increased, you should ask your doctor for advice. Also, if you experience any pain, itching or burning sensation in the vaginal area, you should visit your doctor.

As we have already said, yellow discharge can be caused by many sexually transmitted diseases, cervicitis, bacterial vaginosis and similar conditions. Whatever is the cause of yellow discharge, you should visit your doctor as soon as possible, especially if it happens during your pregnancy.

We hope this article has been useful for you and we also hope you will keep your vaginal health in check. 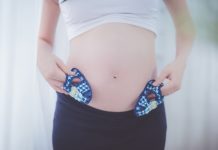 Can I Get Pregnant On My Period? 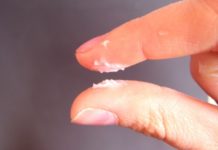 Cervical Mucus Before and After Period 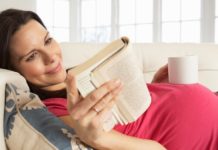 Can You Drink Green Tea While Pregnant? 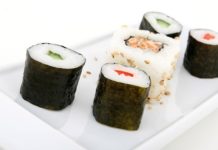 Can You Eat Sushi While Pregnant? 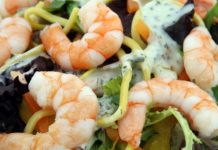 Can You Eat Prawns When Pregnant? 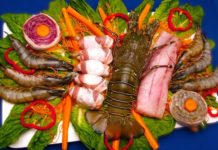 Can You Eat Lobster When Pregnant? 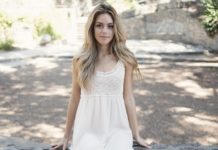 Is It Normal To Miss a Period?