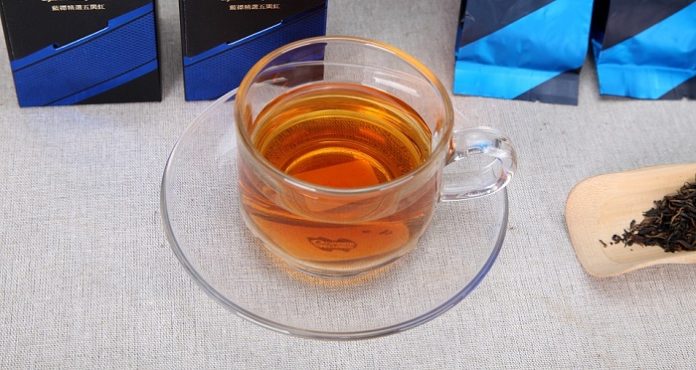 Tea is probably one of the most popular drinks in the world when it comes to the ways of relaxing and gaining energy. Nowadays there are so many teas available in the market and black tea is one of them. It appeared first in 1827 and people then called it theine.

Black tea is a kind of tea that is made from the fresh leaves of the plant Camellia sinensis. During making this tea green leaves are exposed to moist air rich in oxygen and the process of oxidation occurs. In this process green leaves become dark brownish-black. The amount of oxidation is controlled by manufacturers. Green tea is made from the same plant, but while it isn’t oxidized, black one is fully oxidized tea.

What substances does black tea contain?

What are the benefits of drinking black tea?

Although more research is needed in order to rate the effectiveness of black tea, including it into your daily routine certainly has a lot of positive effects on your health. Let’s see which ones.

Increasing alertness and energy levels. For people who have to stay up late at night a cup of black tea is highly recommended since it can speed up your heart rate and improve concentration, even after longer periods with little or no sleep.

Clogged arteries (atherosclerosis). Various studies show that black tea may reduce the risk of hardening of the arteries, especially in women.

Enhancing weight loss. If you have to lose some extra pounds, you should opt for black tea because this beverage can curb your appetite and reduce your tendency to eat more during a day.

Parkinson’s disease. Some studies show a strong connection between drinking caffeinated drinks like coffee, black tea and cola and smaller chances to develop Parkinson’s disease. However, this is true for men, not for women, and for people who smoke cigarettes.

Osteoporosis (brittle bones). According to some research, older women who enjoy drinking black tea have stronger bones. Also, both older men and women who drink this tea have a reduced risk of hip fracture.

Ovarian cancer. Thanks to some specific antioxidants in black tea, such as polyphenols and catechins, this beverage may prevent some types of cancer, ovarian cancer among others. So women who include black tea into their diet are much less likely to suffer from this serious disease than those who don’t.

There are some conditions for which black tea is ineffective or for which there is insufficient evidence that it can help in their treatment. Those are the following: breast, bladder, colorectal, lung and stomach cancer, diabetes, high cholesterol, high blood pressure, cavities, stress and stroke.

What are the side effects of taking black tea?

While drunk in moderate amounts, black tea is generally safe for most healthy adults.

However, excessive amounts like more than four or five cups a day may cause some side effects.

Also, people who suffer from certain health issues should avoid this beverage. Let’s see what are the seven most common side effects of black tea.

If you are breast-feeding, you should also keep at bay from drinking too much black tea since your baby may become more irritable and have bowel movements more often.

Apart from these most common side effects of black tea, there are also some other conditions in which drinking it may be counterproductive. They include the following: bleeding disorders, diabetes, seizures, glaucoma, hormone-sensitive conditions (breast, uterine and ovarian cancer, endometriosis, or uterine fibroids) and high blood pressure.

As long as you are completely healthy, feel free to enjoy this amazing beverage. However, if you suffer from some health issue or you aren’t quite sure about whether you may use it or not, don’t hesitate to consult your doctor. 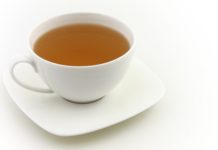 Does Green Tea Dehydrate You?