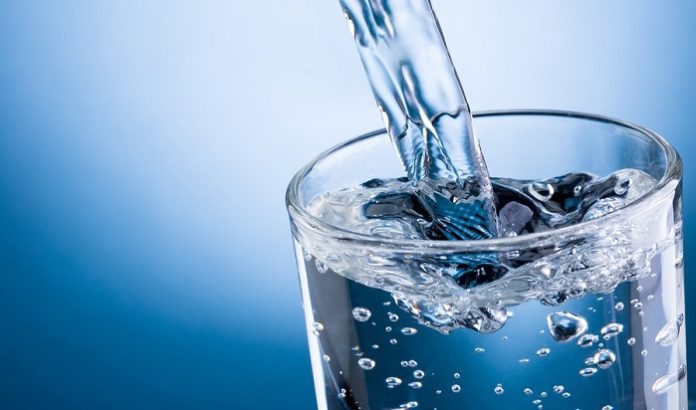 We all know that water covers a major part of our body, and yet an intake of some extra fluid on a daily basis always helps us to stay lively and fresh. It is essential to avert thirst, and at times to push foodstuff down your stomach.

However many of us have a doubt in our mind on the kind of drinking water that is good for our health. There are some people, who prefer drinking tap water, while some other like to have water from the spring.

How distilled water can be beneficial?

No risk of disease caused by unclean water

In a research, it was observed that tap water has nitrate pollutants, and it may lead to some birth defects to the babies. For instance, the baby may suffer from missing limbs.

Barium is also a metal, which is traced mainly in the water, supplied by the municipalities, and this element may cause serious damage to heart. A study has also this may cause high blood pressure, and that is why people look for some alternative sources of water. In that case, distilled water is chosen by many individuals.

Hydrological cycle or water cycle indicates a procedure, which dispenses as well as reuses water, available in this planet. This may affect all the things as the main part in atmosphere affects comprises water.

The process of distillation that can also be termed as the purification process first boils up your water. All the unnecessary substances and chemicals are taken out in only liquid form, whereas pure water gets transformed into steam. After that, it is turned to water again with the process of condensation.

Safely eliminates all the pollutants

Water of taps is generally treated with the addition of fluoride, which is a chemical, applied in mainly swimming pool. Many of the municipalities make use of such method in order to process water, which is delivered to all homes. That is why water, which generally comes from faucet consists of minerals and chemicals that damage your body, while you intake them.

In contrast, water, which has experienced the procedure of distillation, eliminates all the contaminants that comprise heavy metals as well as pesticides and radioactive impurities in a few cases.

Poisonous substances get eliminated from your body

It is an interesting fact that distilled water efficiently eliminates hazardous pollutants from your body, and that is why it is the perfect water, which you may use for cleansing purposes. The minerals, which you want for some dietary requirements may be refilled in a different method.

This is also a useful option to remove the poison from your body. But, this is good only to detoxify your body occasionally.

The distilled water that has been commercially purchased may cost much high. But, gallons of water, which is coming out from the system of your personal distilled water device will have a very low cost. The prices may vary on the basis of local rates of electricity.

The price of standard water distillers is not same as that of non-electric ones.

Superior in compared to spring water

There are many people, who like to drink spring water as the pictures on water containers include mountains as well as running springs. But, these images are, in fact, intended to mislead the customers.

A study has found that this water has pollutants, like arsenic and coliform, which may be risky to your health. The same impurities contain in well water and tap water.

The marketers of spring water apply misleading remarks to trick consumers to convince them in purchasing untreated tap water.

Spring water of various brands is processed only to a little level. Besides, they have to pass all the rules for safe consumption. On the contrary, commercially bought water (distilled) undergoes the method of distillation prior to being sold. All the bottles, which you procure are surely distilled or purified.

These are some potential reasons for which you may decide to sip distilled water every day. However, there are some researchers, who have found out some negative sides of this kind of water. Some of these risks are discussed here-

Possible risk if you are fasting

The use of distilled water when you are fasting will perhaps lead to a quick loss of potassium, sodium, magnesium and chloride. The body requires these elements to become competent to work in the moment, when you have not eaten any solid foodstuff.

Distillation involves much longer time than other processes

The time for treating water with any kind of distillers varies on the basis of the brand and model of those machines.

However, according to some rough estimate, the time may be for about seven hours. Many of the advanced water distillers get deactivated in an automatic way, while the process is finished. So, you may leave it out to do its own job.

It is already stated that distilling an amount of water may take much time. As a result, there may be significant chances of the emission of lots of carbons and at the same time, much amount of resources and energy is also spent. Thus, you need to be very knowledgeable and careful while choosing distillation system; however, this is not possible for all.

Does not eliminate pollutants in case of less boiling point

It is another issue, which engages water distillation structures accessible to your house. A dispute is made still for it by those, who support other kinds of filtered water; this is an applicable fact.

Detrimental chemicals and minerals, including chlorine, as well as other VOCs, like insecticides, have much lower level of boiling point, if compared to water. Consequently, distilled water, coming from a market level system includes trace elements.

However, it is a different fact that there is water distilling system, which covers preheating stage. For this reason, distilled water, which you sip won’t the distilled have the inorganic substances. But, still, there is a dispute that has been started mainly in terms of price, related to distilled water.

It is one of the points, raised by those people, who want other categories of water. They say that distilled water seems to be tasteless.

The main difference may be seen in minerals- inorganic and organic; these minerals are not eliminated in tap or spring water. Thus, you can easily understand that better flavor of such water is due to the presence of considerable minerals that you are likely to ingest

Sipping distilled water may ultimately be acceptable while you follow it on a regular basis. Only keep in mind that the superior tang of some other categories of water will also lead to water borne syndromes.

Leads to some acidity in your body

The sanitization of water, which guarantees its cleanliness, also turns it into a dynamic absorber. While such water gets in touch with atmosphere, this absorbs carbon dioxide, causing some kind acidic solution.

This acidic liquid brings about a number of stomach problems to your body. When you enjoy a healthy way of life with the good digestive structure, the acid solution may problem.

It must also be stated that water, which has been distilled is, in fact, not the only category of water to increase body acidity. Some other varieties of water may also cause this kind of problem.

Thus, every kind of water has some pros and cons. But, still distilled water is comparatively better than other available forms. So, you may plan to choose it; however, it is better to apply your own views to prefer a particular kind of water.