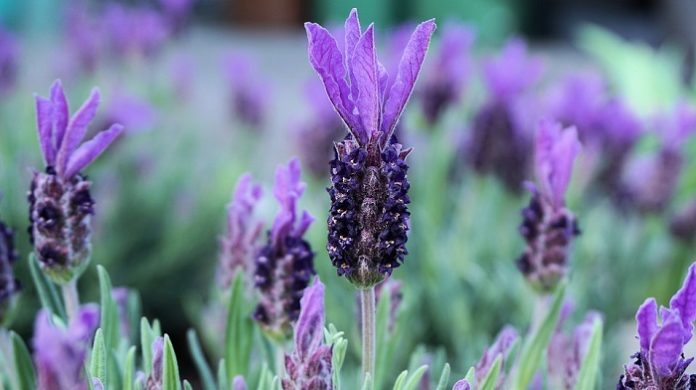 Lavender is a fragrant flower that belongs to the mint family (Lamiaceae). Lavender is a relative of the rosemary, thyme and sage. It is a beautiful garden plant that has a lovely scent.

But, have you ever wondered if lavender can be used in culinary purposes? Can we eat this plant or it is not edible? Read along and find out.

Is Lavender a Food?

The answer is yes. Lavender is also a food that has a slightly sweet and floral flavor with citrus notes. Lavender is a very versatile herb and it can be used on many ways. It is important to know that both fresh and dried lavender can be used in cooking.

Lavender has fresh edible flowers that enhance the flavor and the appearance of food. Lavender flowers and leaves are often used fresh, while stems and buds are usually used dried. In culinary purposes lavender is often combined with rosemary, oregano, fennel, sage or thyme.

How To Use Lavender in Cooking?

As we have said, lavender can be used in culinary purposes. It can be a great flavor component in many foods and beverages. This plant is great for preparing desserts, such as pound cakes and cookies and it goes great with black and red fruits. You should start with small amounts of lavender flowers and increase the amount slowly. You can substitute a small amount of lavender for the rosemary while you are preparing your favorite cake. If you add too much lavender to your dish it will make your food bitter because lavender has a very strong smell. The lavender flowers can be a great addition to many salads and they will give them a great color.

Also, its flowers taste very good in a glass of champagne or if they are used in preparing chocolate cakes. The dried buds of lavender are often added to meat dishes or salads, giving them a unique floral flavor. This plant is a great addition to lamb, game, pork and other types of meat. Lavender can also be used as an addition to grilled salmon with fresh lemon. You can also make lavender vinegar and you can use it as a salad dressing. You need only to add two tablespoons of dried lavender buds to a cup or two of red vinegar and to let it boil. Then, you should remove it from the heat and after 15 minutes you should strain the vinegar.

Also, you can make lavender sugar that can be a great addition to beverages such as tea or lemonade.  You can also add lavender sugar to muffins, fresh fruit or shortbread. It is necessary only to grind together one tablespoon of lavender flowers with two cups of sugar and to use this mixture after three days.

Lavender oil and its flowers have been used in medicine for thousands of years. Lavender can relieve nervousness and depression because its fragrant smell has a calming effect on our nerves. Lavender is also great for improving digestive health. If you include this herb in your diet it will prevent gas, constipation and upset stomach.

Lavender is also used for painful conditions, such as nerve pain, toothaches, joint pain, migraines, but it is also beneficial for your skin. Some studies have shown that regular use of lavender can reduce the risk of different types of cancer. Lavender is also used as aromatherapy for treating insomnia.

You can also add lavender to your favorite beverage. If lavender is not a part of your diet yet, you should include it in your diet slowly.

As we have already said, it is important to start with small amounts. Now that you know that lavender is also a food and after you have seen its health benefits, we are sure that you will start to use this herb in your diet.