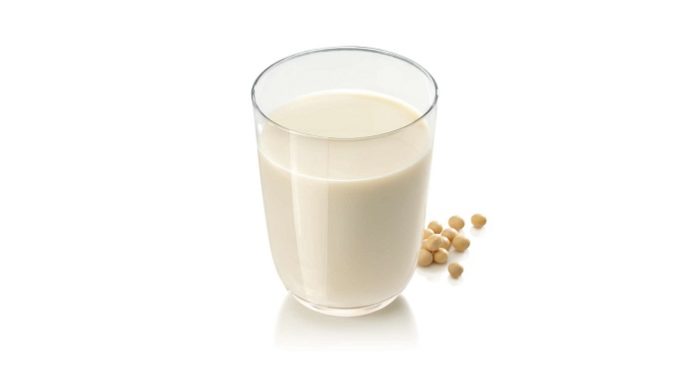 Soy milk is a great alternative for dairy milk. The health benefits of soy milk have been known since long time ago. Soy milk contains a lot of nutrients and it is much healthier than dairy milk.

This milk is lactose free, so it is very popular among people who are allergic to lactose. One of the most common brands of soy milk is Silk soy milk and it comes in a variety of flavors, such as vanilla soy milk, chocolate soy milk or plain soy milk.

However, this milk is more expensive than dairy milk and that’s the reason why many people don’t use it. But, there are also people who buy soy milk in large quantities and they freeze it.

Also, it may happen that you have some leftovers of this milk and you don’t know how to drink it in the short period of time. You may also have a couple of soy milk packages in a carton and you are going on vacation, so you don’t know what to do with this milk. Of course, you can throw it away, but it is not the best option. We have much better option for you. You can simple freeze the soy milk and use it later.  If you freeze soy milk, it is possible to use it after a longer period of time.

In this article you will find out how to freeze soy milk and how to use it later. But, before that we will tell you something more about the health benefits of soy milk, even though we are sure that you have heard a lot about it. If you are not sure whether soy milk can be frozen or not and how you can do it, then you should read carefully this article.

As we have already mentioned, soy milk is very good for our health. It is very high in protein, but it doesn’t contain too much fat. There is only a little amount of fat in soy milk, so this milk is very beneficial for people who want to lose weight.

Also, it is proved that soy milk can lower the level of bad cholesterol, so it is usually recommended to those people who have a problem with high cholesterol. When it comes to nutrients, soy milk contains the same amount of nutrients as dairy milk.

Is it Possible to Freeze Soy Milk?

We have already answered to this question, but it is good to repeat it. Yes, soy milk can be frozen, so you can save it for later uses. It means that you can buy soy milk in bulk because larger quantities of soy milk will be probably less expensive.

If you use soy milk constantly, then we recommend you to buy it in bulk. This way the price will certainly be reduced and you will use this milk even after a longer period of time. If you are not sure how you can freeze this milk, continue reading this article and you will find out soon.

When Should You Freeze Soy Milk?

Before you decide to freeze soy milk, you should know a couple of things. Experts recommend to freeze soy milk only when there are no other options. Many producers of soy milk usually say that freezing is not good because soy milk may lose its flavor and its texture. But, if you have several cartons of soy milk and you will not be at home for some time, then it is best to freeze this milk.

You should know that soy milk can last about a year if the package is unopened and if you store it in your pantry. If the soy milk package is opened, then it must be stored in the refrigerator and it will be good about two weeks.

It means that most important is to check the expiration date of the soy milk. If you think that you will not be able to drink the soy milk until that date, then it is best to freeze it. If soy milk is frozen, it will last for a longer period of time.

How to Freeze Soy Milk?

You just need to pour soy milk in the container which should be sealable. Most important is to seal the container tightly, because it may happen that the smells from other food in your freezer come into the soy milk and change its taste. Choose the airtight container, in order to avoid any odors from the freezer.

Now you may be wondering how much time is needed for the soy milk to freeze. Usually one night is enough, but it will depend on the quantity of milk that you have put in the container.

When you decide to use the soy milk that has been frozen, you just need to remove it from the freezer and put it at the room temperature. This way the soy milk will thaw and you will be able to use it. You can also thaw soy milk in the fridge. After soy milk is thawed, then you can use it for smoothies or shakes.

However, you don’t have to thaw the soy milk, but you can also use it while it is frozen. The frozen soy milk is a great option if you want to prepare a frozen blended drink or to make ice cream.

We hope this article has given you all the answers that you need about soy milk. You have seen how to freeze this milk and when you should do it. Soy milk is commonly consumed by people who are intolerant to lactose, but also by vegans and vegetarians.

If it happens that you have bought too much of soy milk, then it is best to freeze it, in order to make it last longer. Now when you know how to store soy milk properly, we are sure that you will enjoy in its flavor and health benefits more often.