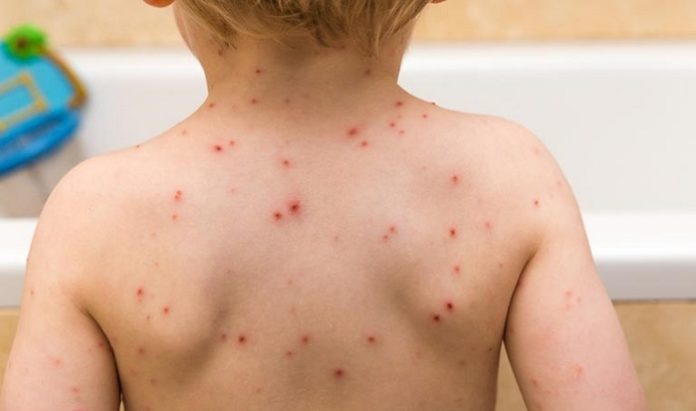 Shingles is an unpleasant, very discomforting and severe form of skin rash. It is a painful skin condition, triggered by the same virus that causes chickenpox/varicella. The rash is visible, reddish and itching, appearing on the smaller skin area, in a form of band or strip. It usually occurs at one side of a patient’s body or face.

The virus we associate with shingles is called herpes zoster, so information about the condition could commonly be found under the very same title. Herpes zoster is characteristic condition, usually occurring within older adult population. It could be triggered by different factors, but the main cause is a weakened immune system, due to age or a particular disease or health condition.

The main cause of shingles is presence of herpes zoster virus in human body. Various causes affecting humans’ immune system provoke the virus. The mechanism of its occurring is the following. Herpes zoster virus is the same virus that is responsible for chickenpox, the varicella zoster. Chickenpox is an infection typically occurring in young children.

Older children and adults could also catch it, but it is always better to have it before 15 of age, since the symptoms would most likely be less severe. It is also a type of itching rash, appearing on a patient’s face, back and chest and then spreading to other skin areas. The rash than takes the form of blisters filled with fluid or scabs. Depending on severity of a particular case, it could be accompanied with fever, headache, tiredness and loss of appetite.

It is usually gentle and doesn’t last long, not more than about ten days. Severe cases are recorded amongst adults, pregnant women, little babies and teenagers. They may need certain antiviral medications to reduce the symptoms. Once you’ve got chickenpox and got recovered from it, you cannot catch it again. That’s where shingles may take over the stage.

After a person gets healed and recovered from chickenpox, zoster virus remains in the body. You’ll never get chickenpox again. However, it could get ‘awaken’ by other irritants. Chickenpox virus remains dormant in an individual’s nerve roots. To speak simply, it literally ‘sleeps’.  It may remain dormant forever and never to occur again. In other cases, other factors could irritate it and wake up, so a person gets shingles. Shingles is actually another type of the same virus.

People of sensitive organisms and generally fragile health are more prone to herpes zoster or shingles. A weak immune system is more susceptible to shingles. There is no concrete explanation why do shingles actually occur, but it happens. One of the most common explanations is that the virus gets activated when immune system is weakened and it can’t deal with all things attacking it. Shingles usually appear amongst older adults, especially ones suffering from long-term stress or when they catch a disease. Aging process naturally weakens the immune system, which could also be followed by herpes zoster appearance.

Shingles rash usually appears wrapping around one side of a patient’s body or face. It is commonly seen shingles spreads from middle back up to chest. It is explained by the fact zoster virus ‘sleeps’ at the nerve roots. Once it get activated again, it travels to the skin area, where the nerves end. It produces very discomforting, painful skin sensation, rather than itchy.  It develops gradually, in two stages.

Before the rash appears visible, a patient could experience symptoms similar to common flu signs. Those include stomachache, diarrhea and chills. Fever rarely occurs.  Days or even weeks before the rash appear, a patient could sense pain and numbness in affected nerves area. Burning, tingling and tickling sensations are also common symptoms. Lymph nodes could also get irritated and swollen. The symptoms could occur in different body parts, not just back and chest. There could also be more than one affected areas.

In active stage, the rash gets visible in a band, strip or smaller skin area, at the one side of the body. It always affects just one side, because of nerve pathways. Skin rash than turns into fluid-filled blisters and it is extremely painful and discomforting. It could even occur around one eye and threaten a patient’s sight. The pain is sharp and piercing.

You may wonder how long do shingles last. Approximately, after blisters form, they may break in about five days. The rash commonly heals from two to four weeks. Depending on its severity, it could leave you with some scars. In same rare cases, the rash doesn’t occur at all or it is of a bearable intensity. There are complex cases of chronic shingles pain stage. In these cases, the rash may continue for long periods of time, months and even years. To call the condition chronic, it must last at least one month. Symptoms are catastrophic; they include persistent painful sensation, extreme skin sensitivity and constant stabbing pain in the rash area. It usually occurs on chest or forehead and seriously affects patient’s lives. It could lead to depression and other behavior disorders, due to a patient’s inability to cope with the severe condition.

Many people wonder whether shingles condition is contagious or not; the rash appears quite unpleasant and may look dangerous. There are several factors that determine whether you are susceptible to shingles or not. First, if you already had chickenpox, there is a chance your body would let the virus activated. However, it may not be your case. If your immune system is strong and you had chickenpox, it is less likely a disease, stress or other factors would trigger shingles. On the other hand, if your immune system is fragile, there is a possibility another factor would ‘wake’ the virus up.

If you’ve never suffered from chickenpox or taken the vaccine, you could catch the virus from people who have either chickenpox or shingles. The substance filling shingles blisters is contagious. It means you may catch chickenpox, not shingles. Your own body and health condition would determine whether shingles would develop later in life or not.

So, you can’t actually get infected from shingles, but you can get chickenpox. Chickenpox could occur only once in your lifetime, while shingles may appear more than once. It is a rare phenomenon, but there are cases shingles has occurred for second time and in extremely rare situations for the third time. However, the most common scenario is just once.

Older people have naturally weakened immune system, despite of their good habits and so on. Shingles are recorded to be most common in people between sixty and eighty years of age.

Moreover, these people are also more susceptible to other health issues, such as pneumonia and brain diseases. Since their immune system is already compromised, they are more likely to get shingles and to experience its complications. It is of the most importance to seek for a medical help, at the first sign of shingles. The best way to prevent it from happening is to get vaccinated. If an older person gets shingles, it is most likely anti viral medications would be needed to relieve the symptoms.

Since shingles are a sort of viral infection, there is no specific medication to cure it. However, medical treatment could ease the pain and shorten the length of the condition. It could also reduce risk of complication. Pain reducing medications and antibiotic creams are commonly used to reduce the symptoms. Severe cases of rash call for corticosteroid medications, but those are not often used. Long-term condition demands anticonvulsant medicines, opioids and topical anesthetics. In some cases, antidepressants are also prescribed.

Shingles vaccine reduces the risk of getting shingles, but it is only 50% effective. It could also prevent you from shingles return, if you’ve already had it. If you got shingles and you’ve taken the vaccine, the condition would most likely be milder and shorter. Vaccine is approved for people 50 years of age or older. People with weak immune system, people getting chemotherapy or radiation treatment, individuals that have conditions such as leukemia, lymphoma or active tuberculosis should avoid the vaccine. Pregnant women and people allergic to any of the vaccine ingredients should skip it, as well.

Shingles vaccine side effects include itching, swelling, redness or soreness at the back side of vaccinated arm. Headaches may rarely occur.

You cannot actually cure shingles, but there are ways to reduce the risk from complications, relieve the pain and shorten the length of recovery. Avoid itching blisters, in the first place and try to let your skin to heal, without scars. Treat sores with Burrow’s solution and use cool compresses, if they suit you. It is of the most importance to keep the affected skin clear and breathing, allowing it to dry and heal.

You may also use some topical cream medications to reduce the inflammation or infection, but always consult your doctor. You could use nonprescription pain relievers, such as ibuprofen, to reduce the pain. Always get well informed about medications and seek for an expert’s advice.