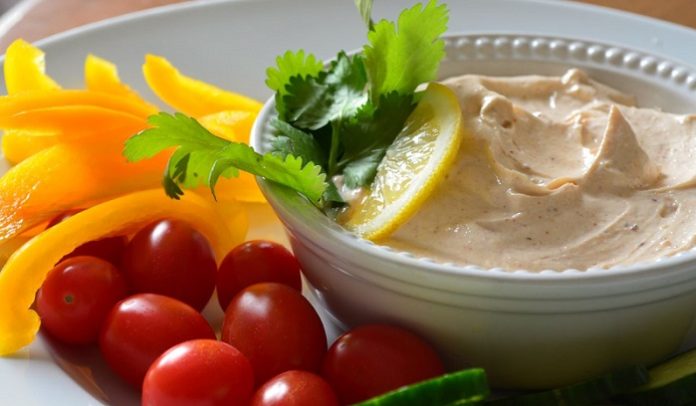 Tahini is one of the most highly valued foods in modern terms of healthy life and nutrition. It is extremely popular in vegetarian and vegan cuisine, as well as in many other healthy diet plans. Tahini is a sesame seed paste or spread, frequently used in Middle East and Mediterranean cuisine, but also in Asian countries. First record of tahini dates from thirteen century Arab cookbook. Eventually, it spread to India, Korea and Japan.

This paste or spread is very easy to make and it contains a lot of healthy nutrients, such as proteins and calcium, essential in vegetarian and vegan cuisine as a substitute for meat sources. Tahini is obtained by grinding peeled sesame seeds, white, brown or black.  Tahini spread is highly caloric, but its calories are useful for good health, if you don’t overeat.

Tahini is extremely good source of vitamin B, phosphorus, calcium, potassium, iron, magnesium, good fatty acids, such as omega 3 and omega 6. It is way more beneficial than peanut butter and it tastes delicious. If you can’t make your mind between these two, many food experts would always suggest tahini over peanut butter.

How to make tahini?

Tahini is not difficult to make. Homemade sesame paste can be healthier than the commercial one, since the latter contains various additives and preservative chemicals, which make it last longer. If you want to avoid that, there is a good homemade variation of this delicious spread. If you use skinned seed, plunge it into the water, in order to remove shells. If you use hulled seed, just fry them before grinding.

For good tahini you need to use good olive oil, usually two tablespoons of oil to one cup of seeds. The proportion depends on how thick you want the paste to be. Slightly fry sesame seeds and put it in the blender. Add olive oil and mix it into a paste. You can always add more oil or some herbs and spices for a particular taste.

Does it go bad?

Compared to other food, tahini is pretty resistant to deterioration, even homemade paste. Since sesame oil is highly resistant to rancidity, your tahini could stay fresh for an extended period of time. There some simple rules to keep tahini spread fresh and flavorful. If it is maintained in a proper way, tahini could last almost endlessly.

However, it can go bad, but it is easy to notice. The smell of rancid oil is highly recognizable, as well as the mold in the jar. It is not the tahini itself, but the foreign particles that get into the jar, that could cause the mold to grow. As long as jar of tahini has sesame seed aroma and appears free of mold, it is most likely good to eat.

Tahini is not difficult to make and it is even easier to store it. Thanks to it characteristics and few rich ingredients, this endurable paste is an amazing source of healthy nutrients. It can easily be incorporated in any type of diet.

How to store tahini?

It should be kept in an airtight container in the first place. It can be held in the fridge, as many would suggest, but it is not necessary, especially if the weather is not hot. However, if you plan to have the same jar for a long time, like a couple of years, it is best to keep it in the fridge. When consumed and spent regularly it can be normally stored on the kitchen shelf.

Always put a one hundred percent clean spoon into tahini jar. It should be clean and completely dry. Just a few drops of water could easily disrupt the composition of paste and cause a large part of it go off. The best advice is to use wooden spoon, spatula or other utensil. Never use the same soon that you use to eat.

After an extended period of time, solids and oil in tahini may separate. That does not mean it’s gone bad, but it should be mixed together again to be consumed. It can be pretty hard, for the solid part is very thick. However, it is not impossible. It can be stirred back together the way it is. If it is too thick, adding some more sesame oil is a good solution. Put tahini and some sesame cooking oil into a blender or hand mixer and simply blend it together.

Tahini, commercial or homemade, can be used in a various ways. It is great as a toast or bread spread, but it can be also added to creamy desserts and sauces. It is creamy and gives all the meals its specific aroma and taste. Tahini is also good as an ingredient for a chowder or creamy soup, especially in vegan cuisine.