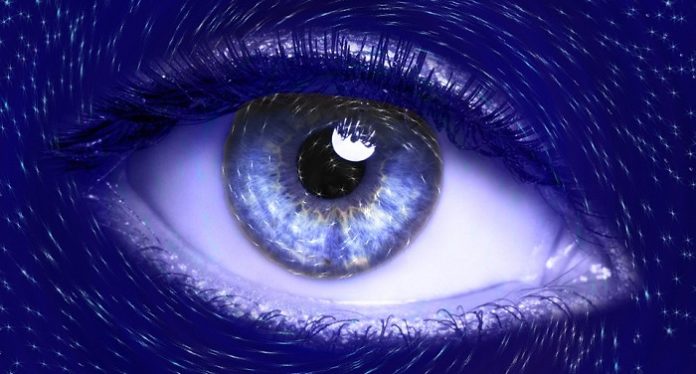 Sociopaths are known for their mastery at influence and deception. Everybody knows not to trust what they say. Many of facts and statements made by sociopaths are lies and twisting of reality.

The problem with them is the extreme skillfulness they posses. Everything they say or do, sounds believable, and the worth part is, they can just make it as they go along, out of thin air.

A lot of people get robbed, scammed, hoodwinked, tricked or in worst cases, harmed by sociopaths. It is believed that 4 percent of the population are indeed sociopaths. So you should be aware of some of their traits.

How to spot a sociopath?

They can be really charming and seducing. One of their most valued trait is actually high charisma. They tend to attract a following, because people want to be near them. Many of the victims describe a certain glow that exudes from sociopaths. The people attracted to them are usually people in need of guidance, who look for directions in life, and are willing to take chances. Sexual appearance can also be linked to sociopathy. Not all sexy people are sociopaths, but many of them do find it easier to attract people.

Sociopaths also tend to be more spontaneous than other people. But with that spontaneity come a certain intensity. They do bizarre, and sometimes extreme thing that regular person wouldn’t do. Sociopaths do not follow social contracts, and their behavior often seems irrational and risky. That’s why many of them do not feel shame, guilt or remorse. Their thought process just doesn’t seem to process such emotions. Betraying people, threatening them and harming is a thing they do with no second thought. Instead of that, they do like to invent lies and enhance their experiences. This takes them to the point of absurdity, but with their charisma, they make it seem believable.

The other thing where you can spot a sociopath is their passion for winning at all costs. Losing is a thing that they viciously despise. That’s why they tend to be more intelligent and learned. Sociopaths use their brainpower do deceive others rather than empower them. And high IQs just makes them more dangerous. This is why the most of serial killers you read on the news, are sociopaths.

Another emotion sociopath is lacking is ability to love. They are self serving and only use love to further their interest. They can speak poetically of love, and be master wordsmiths, but to actually feel love is impossible for them.  A sociopath’s speech can even be hypnotic and intriguing. And you will never find one apologizing. They feel that they are never wrong, and guilty. Proving them wrong won’t make them apologize, or say they were wrong. And that is because they are delusional, and in many cases, they believe what they say, even if it’s a lie.

When caught doing something wrong, sociopaths tend to justify their actions. They fabricate lies and make their own narratives, only to respond with anger and threats when the other side isn’t believing them. They like to pretend they are heroes with high morals, and their philosophy is fascinating to a lot of people. But, in most cases, they are criminals, who can incite emotional chaos among entire communities. They love and are masters of turning people against each other. And being one groups savior is their special satisfaction.

Reasoning with them is useless. They just can’t be reasoned with. The best thing you can do is start fact checking. Are the statements they are making true? Do they check out? If you start digging, you will eventually find inconsistencies. These inconsistencies start small, but lead to something bigger. When confronted about them, they tend to justify and get angry if the other person is persistent. The other thing is, you shouldn’t be asking people who are enamored by the sociopath about facts. They most certainly won’t listen to reason, and can’t clear what is truth, and what is not. That’s why, aside from criminals, many sociopaths can be found in jobs of power, especially politics.

When asked about a fact, a sociopath never answers the question. They always attack the person or some other thing. They never want to ruin their integrity or value. So, when presented with a fact, sociopaths tend to transfer blame to someone else, attack the person questioning them, or any other person, on which blame can easily be put on. When run out of insults, they will often say that the person is secretly plotting against them.

But the key part of sociopaths is inventing stories. They just can’t tell something or say something without making up a narrative. Even small things. If you made a nice meal for yourself, that is ok tasting, the sociopath will say he had an amazing breakfast and that something strange happened while making it. People tend to believe the simple beginning of the story, and when it starts to get wilder, sociopath will just hook you, so you’ll actually believe that he had an wild thing happened at his breakfast. From simple examples like that, to more complex ones, where a lot of sociopaths gather followings that inspire a cult around the personality. The thing about their storytelling is that they can read people’s emotions and thought processes well.

So, if they see a cheerful person, they will tell a cheerful version of their story. But when 10 minutes later they meet someone who’s sad, they will adjust their story to fit the person who they’re talking to. Their intuition skills are very high, and assessment of peoples desires and needs are thing they can easily read.

How to protect yourself from sociopaths?

Sociopaths tend to look for character traits of other people, their quirks and how can they be manipulated. They are capturing the essential part of your being, and then using you as a pawn in their scheme. In 2012, a surprising number of people continue to fall for the delusional and convincing web of lies, spun by well spoken sociopaths. Most of people who meet sociopaths, and even talk to them, tend not to notice their true nature. They are unaware they have been mesmerized into cult groups.

If you want to protect yourself, the most important thing you can do is thinking for yourself. You should be skeptical of everything. You shouldn’t believe someone just on the merit that they are human. There are a lot of people, not all sociopaths, like criminals, bullies and murderers, so beware of that. The inner truth is also important. Anyone who demands your obedience should be questioned. You should find some time in the day to reflect and find peace. Hobbies and activities are one of the best ways to relax your body and mind.

You should also make your own beliefs. Live an authentic life. Think about what really makes you work, makes you think and what you truly believe. Knowing yourself Is the most powerful weapon you can have. And that can be achieved by telling the truth. You can do that by coming to terms with your own self, and your own truth. Then start telling truth about things you are thinking and you are feeling. The key to success and to empowerment is finding what makes you tick, and how can you be a better person after acknowledging that.

There are many traits of a sociopath. They are self serving, always telling lies and making narratives and stories. Often charming and full of charisma, their word play and energy is appealing to many. That’s why a lot of people in power, people who are attractive or people or are amazing story tellers, tend to be sociopaths. Their power lies in their words, and they love praying upon weaker people and turning them against each other. But you can prevent that by being truthful to yourself and questioning things.