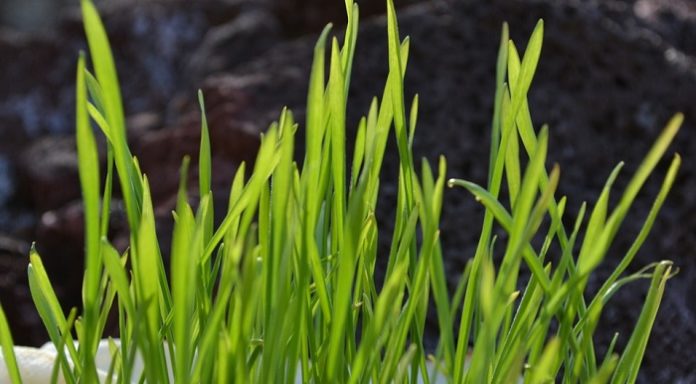 Well, in this article we will tell you something more about wheatgrass and its impact on our health. You will also find out if wheatgrass is gluten free, so let’s start.

Do you know what wheatgrass is? It is a food that is prepared from the cotyledons of the wheat plant (Triticum aestivum). Wheatgrass consists of a variety of grains, including wheat. These grains are in various stages of sprouting.

Wheatgrass is sold in the form of a frozen juice, tablets or powder. It is also available as fresh produce, cream, gel, spray or massage lotion. Wheatgrass is usually served fresh or freeze-dried and it is allowed to grow much longer than wheat malt. Like most other plants, wheatgrass contains amino acids, vitamins, minerals, as well as enzymes and chlorophyll. Wheatgrass is considered a complete protein. It is known that wheatgrass has a lot of health benefits and many people use this plant. Wheatgrass juice regulates high blood pressure and serves as a blood builder.

Also, it helps in body cleansing and body healing. It is proved that high enzyme content in wheatgrass juice helps dissolve tumors. There are also many other health benefits of wheatgrass juice.

Some people even grow wheatgrass in their own homes and prepare wheatgrass juice themselves, while others consume it in juice bars. But, have you ever wondered do people who are gluten intolerant may consume wheatgrass and use its products? Just continue reading and you will find out soon.

As we all know, gluten is a protein that is found in many grains, including also wheat. Gluten is safe for many people, but there are some people who have to avoid gluten, because it may cause headache, vomiting, diarrhea, abdominal pain and other gastrointestinal problems.

Now we have good news for you. Wheatgrass doesn’t contain gluten and you can safely use it even if you are gluten intolerant. Wheatgrass is extracted from wheatgrass sprouts before forming wheat seeds, so it is gluten free.

Actually, wheatgrass is made out of stem and grass leaves and it is known that gluten is found only in the kernel of the seeds. Because of that, wheatgrass is considered gluten-free. This is one of the most important health benefits of wheatgrass.

However, it is a really small possibility and you don’t have to worry. To avoid any risk of gluten contamination, it is best to harvest the wheatgrass before the seed has had the time to form itself. Good thing is that most forms of wheatgrass are labeled as gluten-free, so you can consume it even if you are gluten intolerant.

As you have seen in this article, wheatgrass is gluten-free and you can safely use it if you are following the gluten-free diet. Actually, wheatgrass doesn’t contain gluten only if it is cut from a growing plant, without any seeds. In this case, wheatgrass is completely safe for all gluten intolerant people. Wheatgrass can be used in many forms, such as a juice, powder, fresh produce, cream, etc. Wheatgrass juice is usually served in juice bars but you can also grow wheatgrass and prepare juice at your home.

As we have already said, wheatgrass is known for its health benefits because it is rich in vitamins, minerals and many other nutrients. However, the most important health benefits is that wheatgrass is gluten-free. It is especially recommended to those people who are allergic to gluten. But, some experts point out that wheatgrass is not the only source that should be added to gluten-free diet. People who are gluten intolerant should also include more vegetables and fruits into their diet, because these foods are healthier and of course they are less expensive than wheatgrass.

However, if you decide to use wheatgrass in your diet, you should have in mind all the benefits and risks that it may have for your health.