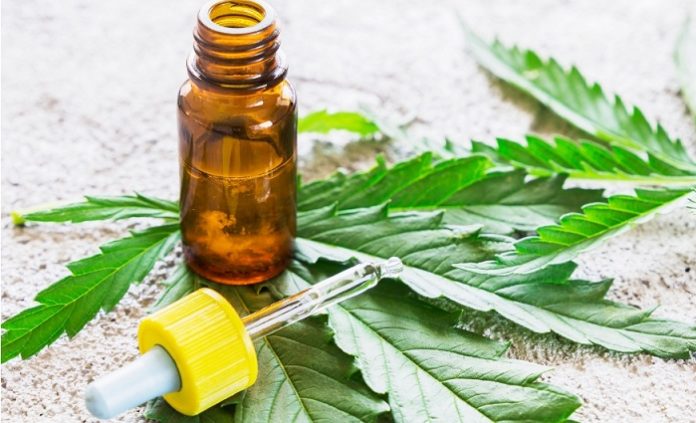 How to make CBD oil at home?

This form of alternative cure has also been legalized in some states. Testimonials pour in regarding the wonders provided by the once-scorned plant, which, in the past, was notorious as among the most common illegal drugs.

What has followed this development in plant-based medicine is the heightened demand for cannabidiol or CBD oil.

As more people learn about the benefits of taking this herbal cure nowadays, curiosities about how to prepare a domestic CBD oil has prevailed.

There are several easy step-by-step procedures on how to concoct CBD oil at home, which will be explained in this discussion.

CBD oil is a derivative of cannabidiol, the curative chemical found in the cannabis plant. Numerous studies have been carried out attesting that this oil, indeed, possesses healing features.

For patients who are suffering from chronic soreness, the analgesic and tranquilizing properties of CBD oil provides welcome relief.

In addition, as more people suffer from social anxiety and depression, they find comfort when taking the plant-based cure.

For individuals who are inconvenienced by sleeping problems or insomnia that may have partially been caused by today’s digital and wired environments, taking CBD oil helps the brain shut down during bedtime.

In this manner, they are able to have a reinvigorating, good night’s sleep. The oil also has the potential to heal other conditions like addiction to alcohol and smoking.

Chain smokers who have turned to use the alternative medicine affirm that they have been able to relinquish their seemingly tight relationship with cigarettes for good.

This is due to the capacity of the oil to reduce withdrawal symptoms from cigarettes and other addictive drugs.

As it possesses low levels of toxicity, CBD oil can alleviate adverse health conditions like muscle spasms, inflammation, and acne.

What is also interesting is it can help in treating serious diseases like cancer, Alzheimer’s disease, epilepsy, and diabetes.

Apparently, with CBD oil’s versatile nature as an herbal cure, it has the possibility of metamorphosing as an omnipresent medicine for diverse ailments.

Curious CBD oil users may wonder how they can directly engage with the marijuana plant. They may be eager to learn how they can personally extract the oil.

There are three common strategies on how the cannabidiol oil can be extracted:

Ethanol is the preferred solvent in the efficient extraction of cannabinoids from the cannabis plant because of its relatively non-toxic property.

The ethanol technique involves placing the plant in a filtration device. Then, the cold ethanol is passed through.

The ethanol is then evaporated after the extraction, leaving CBD oil as the residue. This method of extracting the oil is highly effective.

However, since a large amount of the dehydrated ethanol and the long process of evaporation and purging of the alcohol are necessary, this is a time-consuming and expensive procedure to undertake.

The oil method of making homemade CBD oil involves the use of carrier oil such as olive oil in the extraction process.

This procedure is becoming popular because of the extra advantages of yielding the nutrients in the oil used, its safe nature, and the freedom it gives users from undesired residues.

CBD oil can be extracted in its purest version through the Carbon Dioxide or CO2 Method. In this procedure, CO2 is pushed through the cannabis plant at low temperatures and high pressures.

Although it requires much spending, users will not regret it because the CO2 technique extracts the oil in a clean manner without residues left.

In addition, substances like chlorophyll are eliminated. Users can, hence, enjoy the pure taste of the oil.

The story of Rick Simpson, a CBD oil user, is presented as a testimonial about the benefits of taking the alternative medicine.

The site discussed how Mr. Simpson concocted his own version of the oil, which he labeled as “Rick Simpson’s CBD Oil.”

His journey in using CBD oil and making his homemade style of it has created massive public interest as his mixture has been found useful for cancer patients.

Mr. Simpson’s homemade oil takes three to four hours to make and requires the gathering of the following ingredients:

The cola refers to the whole flower of the cannabis and its connection to the entire plant. “Rick Simpson’s CBD Oil” is based on this part of the cannabis.

The cannabis indica cola is formed adjacent to the end of a major branch of organic marijuana. This section of the plant is highly exposed to pollinators of the flower and sunlight.

Mr. Simpson instructed that for an ounce of cannabis, use two cups, which is equivalent to 500 milliliters or two gallons (7.57 liters) per pound.

Chilling the isopropyl alcohol in the freezer during the evening prior to preparation is also recommended. This procedure enables the easy detachment of the flower and the trichomes.

After gathering the necessary ingredients, the following ten tools or equipment have to be prepared next:

4) For stirring, one piece of chemical-free lumber with the size of 2X2 inches or a long, wooden spoon

5) Measuring cup made of stainless steel

7) Rice cooker made of stainless steel

Once the ingredients and the tools or equipment are all set, it is now time to make “Rick Simpson’s CBD Oil.” The following is the step-by-step process:

1. Put the cannabis indica cola or organic marijuana in the food-grade bucket or steel pot. Using chilled isopropyl alcohol as a solvent, moisten the plant matter.

Then, using a wooden spoon or the piece of 2×2-inch wood, crush the mixture for approximately five minutes.

2. Ensure that organic marijuana is fully immersed by putting more alcohol. Continue stirring and crushing the mixture more for another five minutes.

The trichomes are the resin glands of organic marijuana, which are composed of substances like cannabidiol (CBD) and tetrahydrocannabinol (THC).

It is also composed of other kinds of medicinal cannabinoids like the cannabigerol (CBG), cannabicitran (CBT), and the cannabinol (CBN), which are responsible for mitigating insomnia, soreness, and cancer.

3. Using the lid or the 2×2-inch wood, cover the lip of the pot. Then, gradually pour the solvent into the second bucket.

For the succeeding step, make sure that there is more of the organic marijuana matter in the first bucket. There is no problem if some of the matter gets through because it will be strained later.

As much as possible, for the second round of washing, there should be more of the cannabis material left in the first bucket.

4. As for the second washing, keep immersing the organic marijuana by pouring more of the chilled isopropyl alcohol into the first bucket.

In the second bucket, pour in the mixture using the coffee filters, removing excess organic marijuana.

The plant matter can be completely removed by filtering the solvent plenty of times as possible. The solvent will be dark yellow at this stage, which comes from the healing resins that are now meshed into the isopropyl alcohol.

The pungent oils called “terpenes” influence the scent and the color of the alcohol, which are derived from organic marijuana.

They are responsible for the distinct tastes and fragrances of different marijuana strains, ranging from fruity, sweet, earthy, skunky, and so forth.

9. Prepare the electric fan and the rice cooker outdoors or in a well-ventilated location. Guarantee that anything flammable is absent at the workspace.

Alcohol fumes that will be produced in the rice cooker are poisonous and combustible. Turn on the electric fan. Allow the air to blow over the rice cooker’s bottom.

10. Pour in the organic marijuana solvent mixture to the rice cooker. Fill it to as much as three-quarters full.

However, avoid filling it completely to prevent the mixture from boiling over.

11. To let the alcohol solvent boil, set the rice cooker to the maximum setting. Ensure that the electric fan is still there operating to preclude the alcohol fumes from condensing and eventually exploding.

12. Pour in just the right amount of the remaining solvent in the rice cooker as the liquid level drops.

13. Add at least 10-12 drops of water to the rice cooker. This liquid will facilitate the boiling off of the remaining solvent. In addition, it will clean the solvent residue’s oil.

14. As the remaining traces of alcohol completely boil off, hold the rice cooker using oven mitts. Swirl the oily contents.

15. Observe these three features as the process approaches the full circle. They indicate the imminent ending of the separation process:

a. A crackling sound can be heard through the leftover oil.

b. Bubbling of the oil occurs, accompanying the crackling sound.

c. Dark steam that looks like smoke will begin to leave the oil.

16. Hold on for a few minutes until the rice cooker turns to the low setting. Then, switch off the appliance.

17. For about five minutes, wait until the fresh CBD oil mixture cools.

18. Get the stainless steel measuring cup. Pour the CBD oil mixture there. Then, to fully eliminate the remaining water in the mixture, put the cup on a coffee warmer.

19. When the bubbling effect has stopped, this indicates that the water has been vaporized. Take off the measuring cup from the coffee warmer. Let it cool for a little more time.

20. Draw the warm CBD oil mixture up into the huge needleless syringes after it has cooled. Let the mixture cool, becoming a thick, grease-like material.

Using a cup of hot water for the syringe can facilitate the easy squeezing of it.

The valuable creation of homemade CBD oil can be preserved by placing it in a dark bottle with a lid. A stainless steel container is also useful.

Then, place it in a cool area that is not exposed to sunlight to keep the oil’s medicinal potency for a long period of time.

Apparently, making homemade CBD oil is a feasible endeavor, and it is certainly worth trying. Experimentation is also enjoyable as users relish the benefits of the plant-based cure. 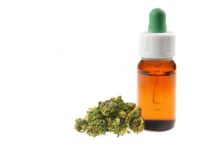 How to Use CBD Oil Products for Anxiety

Dissecting The CBD Craze: Why CBD Oil Is More Than Just Another Fad 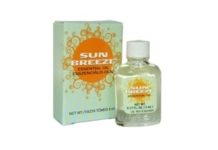 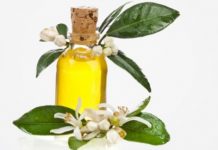 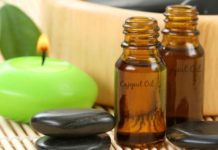 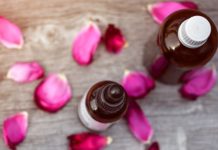 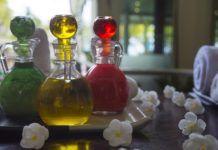