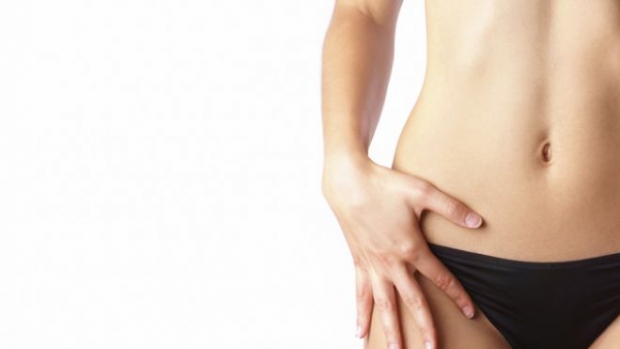 Most of the women are not found to give significant focus on their vagina. But, whenever, they find anything unusual, they want to ask questions about it. It is very usual for a woman to get confused, when she observes her vaginal discharge.

In fact, this kind of secretion seems to be normal in the majority of the cases.

A white substance, which comes out of vagina, is either thick or thin. Though the discharge is white in most cases, it may also be brown or yellow.

According to experts, this is quite normal, but the abnormal release of this fluid may be for the following reasons:

This is thought to be one of the common causes for which you have a discharge of white substance from vagina. It is quite thick in nature; however, the texture is not much smooth. Rather, it may be considered as a lumpy one. If you have seen cottage cheese, then you are most likely to compare the look of your vaginal discharge with it.

At the same time, it is expected that you may feel some irritating sensations, such as burning or itching. Almost seventy five percent of women have vaginal discharge due to this infection. Though there are some recommended medicines for this infection, home remedies may also work for it.

The risk of this disease is infertility. Besides, PID leads to the symptoms, like extreme discharge from vagina, unusual menstruation and many more.

Vaginal discharge due to bacterial issues

On the other hand, while the helpful bacteria are destructed, the risky bugs increase. As a result, you suffer from infection in vagina.

In general, this kind of bacterial infection is exposed with some symptoms, like:

Treatment is available for this condition, and you may contact your doctor before having any drug. The doctors usually prescribe antibiotic medicines, which may be taken orally or vaginally.

The experts have observed that sometimes ovulation also leads to the production of very thick whitish substance. During this time, many women also find greasy, clear cervical mucus, while some others have only whitish substance.

However, both of these effects are normal, and there is no risk to be concerned. However, if the discharge is with odor, there is something wrong.

Pregnancy is also another prominent cause that leads to white vaginal fluid formation. However, this case may not be same for all the women. With the change of hormones as well as fluctuation during your pregnancy, vaginal fluid may turn out to be thicker. The color and nature of this fluid may be quite white and clear. At times, yellow colored fluid can also be regarded as the normal condition.

However, you are always recommended to let your condition be analyzed by your doctor so that you may know whether there is any infection.

Gonorrhea, one of the common infections, caused due to sexual transmission, may emerge as the cause of vaginal fluid. While gonorrhea seems to be the major cause that leads to infection, you may get a very bad smell. In addition to it, diabetes is also a reason behind the release of thick substance.

Are the discharges normal if it happens during pregnancy?

Many of the expectant women in this world are concerned on the white vaginal fluid during pregnancy. When you are also facing the same kind of issue, it is a normal case. In fact, this condition may be considered as the natural restriction, adapted by your body.  It is because the white substance averts infections, which may contact vagina.

Often, the increase in the level of estrogen and higher mucus flow may be considered as the cause of the discharge. While you are pregnant, you are likely to suffer from this discharge. In order to remove this presence of fluids, you may put on hygienic cotton-made underwear to preserve excellent genital sanitation.

Do not make use of any scented soap, deodorants, perfumed pads and firm nylon panties as these things lead to an adverse effect on your usual vaginal condition. Thus, while you have found white from vaginal part,do not be concerned. Even when this is the primary issue that you have, all the things may be cured very effectively.

Vaginal discharge prior to your menstruation

While you’re going to have your first menstruation, a significant amount of vaginal discharge may appear. The release of this fluid before period may be clarified as a kind of mucus, which has been formed naturally from your womb’s neck. This white substance may differ all over your menstruation phase. Many pregnant individuals have also this issue, which is called as the pregnancy discharge.

However, when bloody fluid flows from vagina, during any odd time, you may need doctor’s suggestion. You may feel itching or pain and get bad smell.

How to treat vaginal discharge?

Any kind of infection is usually cured by using antibiotics, and the same thing may be said for vaginal infection.

However, you may apply the antibiotics by using vaginal gel or cream, if you think that oral antibiotics may cause side effects. Moreover, vaginal solution may also give soothing sensation.

While you want to make the diagnosis of trichomoniasis, the physicians usually recommend some antibiotic, known as Flagyl. After a physical test, when they make out that you are experiencing any sexual disease, you should take antibiotics. So, visit a clinic to confirm the result.

Again, if yeast infection is distressing you repeatedly, it is essential to use antifungal medications. When these symptoms have not been alleviated in an easy way, you have to contact physicians. They may confirm your disease after doing the diagnosis.

Atrophic vaginitis is another condition, which occurs because of some alteration in hormonal condition. It happens during your breastfeeding when the pregnancy period is over. Very often, it is also experienced after or during your menopause.

When there is menopause, you may have estrogen treatment through vagina or through mouth. If your vagina is administered, then you may find lower hormone level. In the minor instances, we think that lubricant can work for you.

Another aspect, about which you have to concerned, is your own sexual partner. Particularly, when your disease has been caused because of sexual interaction, this factor is highly important. Sometimes, you face infections repeatedly, and in this case also, you must take action. If your sex partner also feels a type of uneasiness during physical intercourse or during urination, it is important to conduct a doctor.

Thus, sticky discharge from your vagina is very common but it is best for you to consult physicians, if you have seen anything wrong. The discharge may occur after period or before period also. But, any infection or disease is the major factor to be concerned.