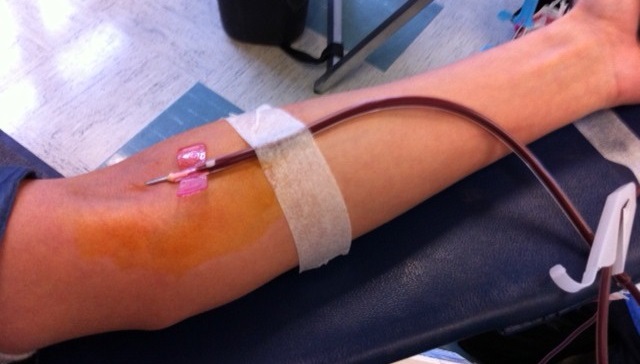 As a human being, we have always the tendency to help others in saving life, and blood donation is one of the options, through which, we can perhaps do that duty. But, it is a fact that all people cannot donate blood as there are a number of criteria that have to be fulfilled.

For instance, a donor must be good in health condition and should be of minimum seventeen years in age. If all these criteria are taken into account, then a question may arise in the mind of diabetics- Can diabetics be blood donor?

Unfortunately, in most of the cases, people, who have diabetes, are not the suitable donor of blood. However, those, who are presently in pre-diabetic condition, are qualified to donate blood, only if they have not any kind of heart problem. Again, patients, who are insulin receivers, are never permitted to give their blood.

The effect on the level of insulin after donating blood is believed to be as a danger to the health of the donor. Due to this reason, insulin- dependent patients (who take insulin injection) cannot donate blood.

Let’s now discuss about the two types diabetes. In the past, it was stated that you should not take any insulin or medication to cure it in order to give blood. It signifies that you’re managing or treating the diabetes with appropriate diet and change of lifestyle. Advancement in modern medicines has detected that generally, diabetics – type 1 and 2, may donate blood with no problem.

But, there are some conditions, which perhaps prevent the donation of blood, and it may not be associated with diabetes in any way. The club that hosts blood donation program should ensure that you have the eligibility by conducting some test.

However, the rules may vary from one place to another.

When it is the matter of type 1 diabetes, there’re a number of aspects, which must be considered prior to donating blood to anyone. You perhaps take insulin with injection or pump in order to control blood sugar, and it is acceptable and normal. But, if you have taken insulin that has bovine components, then you cannot donate blood. The main reason behind it is that there are some possibilities of some disease in your blood.

Some people, suffering from diabetes, have also heart troubles, and in many of the cases, they are not eligible blood donor. It comprises the patients, who have-

Conditions – may or may not be related to diabetes

There are some more conditions, which may keep you away from donating blood. However, some of these conditions are not caused only for diabetes, for example-

Some research has proved that diabetics may donate blood only their level of diabetes is fully under their control. You may get information on diabetes and donation from different organizations in this world, such as, American Red Cross. In addition to it, the clinic of your doctor may also be another source that can give you details on this topic.

For those, who are non-diabetic, you know that nurses generally offer juice after the blood donation is over. In fact, it is intended to keep up the stability of blood sugar after the loss of a huge amount of blood. The blood donation camp organizers have a few problems in managing non-diabetic persons, who have the possibility to be faint and feel dizzy after donating blood. Thus, those, who have very low sugar, there may be a problem. So, if you like to give blood to any person, there are some criteria to be met by you.

So, all diabetics may not have eligibility to donate blood; however, these patients are not able to donate organs to any persons because many of them have heart and kidney disease. And thus, donating any organ may lead to some problem. But, organs can be donated after the death of diabetics. In fact, it is clear that donation of blood and organ by diabetics involve different rules. So, you may speak to a doctor, whether you are right donor of blood and organs.