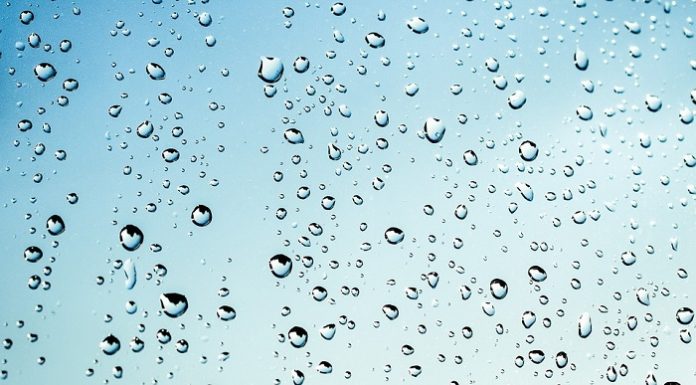 We get drinking water from various sources; it may be tap water, spring water or distilled. But, have you thought of rain water? You are not likely to store it in your container because you do not know whether it is safe for drinking.

There are misconceptions about different in this world, and in fact, rainwater is another issue that is doubtful to lots of people. With the term- rainwater, many people think that pollutants and wastewater. But, are these concepts right. Though such kind of concerns develops from general misinterpretation, we sometimes consider them as logical fact.

Now, let us have a view at the past days, i.e., the years 1960s or 70s. At that period, pollution was not any big problem. Children were not found to be much concern on playing on road, while it was raining. Often, they opened mouth to catch rainwater. But, today, the children are likely to get back to the house as their parent advises them not to stay out during rainfall. Obviously, pollution is the main issue of rainwater that we get today.

While rainwater drops directly from sky, particles from land and air dissolve into that water. The good fact is that if rainwater saturates into the earth, then it turns out to be mineral water. Such water may be comparatively harmless for your drinking purpose. But, rainwater, which reaches the ground, doesn’t become soaked up into soil, and it goes all over the place. When it drops on waste material, it turns into wastewater because it is polluted. It may also run through the rivers and sea.

While rainwater dissolves, more contaminants are blended and this water may become much obsolete. Then, it is important to invest money for its purification.  Thus, it is the truth, and the solution to such issue is clear. The cleanest rainwater is one, which hasn’t accessed the ground. Naturally, rainwater is good, and thus, we have to get some way to catch rainwater prior to it becomes contaminated.

But, it may be really difficult for all of us to think of having a bath or cleansing face with the use of rainwater. However, we should save this water as a shortage of water is the major problem in this world.

Besides, alleviating the lack of water, rainwater may prevent droughts. This is also able to decrease river contamination, and avert groundwater from getting polluted.

When should you avoid rainwater?

You should not sip rainwater that is falling near hot radioactive places, such as Chernobyl. It may not be a good plan to have the rain, which is reaching chemical plants and any other mills. Do not have the taste of rain water, which has overflow the buildings or plants as you may contact poisonous chemicals from those sites. In the same way, never take rainwater into grimy containers.

How to make rainwater more secure?

There are two main steps that you may take in order to enhance the rainwater’s quality- one is the process of boiling, while the second one is the filtration. Boiling your rain water may destroy all the pathogens, while filtration (with the help of filtration pitcher) eliminates chemicals, dirt, mold, pollen and many other pollutants.

Another significant consideration about making the rainwater safer is the way of collecting this water. In fact, you may have this water from sky straight into a dirt free bowl or bucket. It is better to make use of any sterile container. Allow rain water to remain in the same condition for about one hour in order that heavy particles may settle to the base of the container.

On the other hand, it is also good to pass the rainwater through your coffee filter in order to eliminate fragments. Though it is not essential, refrigerating your rainwater may hold back the development of microorganisms that it may have.

Acid rain – Is it something serious?

The presence of acid is, however, one of the concerns of rainwater. In most of the cases, this water is acidic as its general pH value is about 5.6 due to an interaction of carbon dioxide and water. It may not be highly risky because pH value of drinking water is hardly neutral, and it has suspended minerals. Standard public water seems to be either acidic or basic or neutral; it depends on the particular water source. While talking about pH, it is to be said that coffee prepared by mixing neutral water generally has its pH value- 5.

Moreover, orange sap has also pH almost 4. It is a fact that acidic rains, which must be avoided as drinking water, perhaps fall near some volcano. Or, acid rain is not any serious issue.

How to know if the rainwater is really toxic?

In conclusion, we may say that our regular water supplies often get polluted with different pollutants and molds. Rain water also have pollution from dust and bacteria, thus it can be consumed better only after treating it in a proper way. By filtering and boiling rain water, it is possible to significantly lessen the hazard of facing a negative reaction. Just heating the rainwater, you may be competent to wipe out the bacteria, which still exist there. On the other hand, filtration system will also do a wonderful job, while you want to eliminate excessive dust and chemicals.

However, at the same time, it is to be noted that when the rain turns out to be poisonous, the level of concentration of contamination in the air may be very high, and if it is consumed by us, we may become sick in that case. In the same way, many other living beings may start dying as they take food.