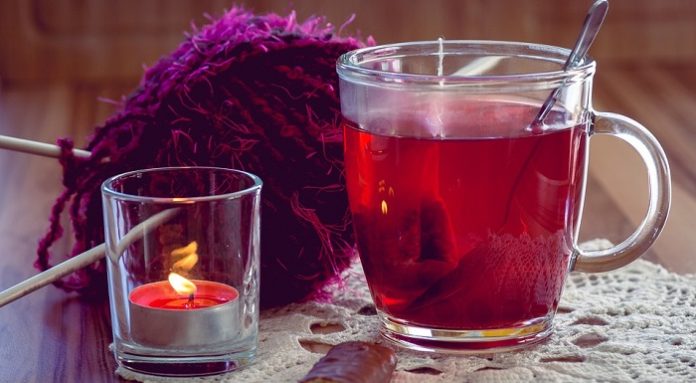 It is known that all foods should be consumed moderately. Although certain food or beverage is healthy, it can become harmful if consumed in large amounts.

In this article we will talk about tea and its impact on our health. After water, tea is one of the most popular beverages in the world. Also, it is known that regular consumption of tea has many health benefits. But, what will happen if you increase your daily intake of tea? Will it bring you more health benefits or it can be harmful? How much tea is too much? In this article you will get the answers to these questions. If you are not sure whether you can increase your daily tea consumption, this article may be useful for you.

Tea is an ancient drink that contains active ingredients such as caffeine, fluoride and flavonoids. It is prepared by pouring boiling or hot water over the leaves of the Camellia sinensis (an evergreen bush that is native to Asia).

Tea is an aromatic beverage loaded with antioxidants that can boost our immune system. There are different types of tea, such as green tea, black tea, yellow, oolong tea, etc. This beverage can be consumed hot or cold. Tea is often consumed as a medicinal drink. It can help in preventing and treating many health problems.

Is Drinking Too Much Tea Safe?

Generally, we can say that drinking too much tea is safe. You can increase your daily consumption of tea, in order to get more health benefits. Actually, high doses of tea may be very good for your health because tea is full of antioxidants. Many studies have shown that people who drink three or more cups of tea daily are at decreased risk of heart attack.

Also, some studies found that there was about 26 % reduction in mortality from cardiovascular diseases in people who drank five or more cups of green tea on a daily basis. Increased consumption of green or black tea is also related to the reduced cancer risk.

Also, increased consumption of tea can help in weight loss because tea will certainly reduce your appetite and make you full for a long time. But, a very important thing is that you should not drink only tea during the day, but also water.

Actually, tea is a diuretic and it will flush out water from your body. If you don’t drink enough water you can develop some side effects. Although tea is one of the healthiest beverages, it can have some side effects if consumed in large amounts. Below you will see more about that.

Side Effects of Drinking Too Much Tea

Although increased consumption of tea may be good for your health, sometimes it is not good to drink large amounts of tea. If you drink too much tea, you may have symptoms such as dry mouth or bad breath because you won’t probably drink enough water.

Also, you should not drink too much tea if you are using some medicines. In this case it is best to consult your doctor. Some studies have shown that consumption of tea may increase the effectiveness of some blood-thinning medications or antibiotics, but it may also cause some side effects, if it is combined with oral contraceptives and chemotherapy drugs.

Also, it is known that drinking tea may reduce the ability to absorb iron, so people who suffer from iron deficiency should not drink too much tea. Some studies have also shown that too much tea is not good for prostate. It is found that people who drank more than seven cups of tea daily had a 50 % higher risk of developing prostate cancer. It is also found that some woman have damaged their bones because of drinking too much tea. But, it is usually referred to excessive amounts of tea. Studies have shown that if you drink a gallon of tea per day you will develop these side effects, but as long as you drink less than a gallon of tea a day you will be fine.

However, it is especially recommended to pregnant women to limit the amount of tea they drink. Also, it is recommended to drink tea between meals, not along with them.

As you should know by now, tea has a variety of health benefits and it can help in treating many health problems. Increased consumption of tea can also be very good for you and it can reduce the risk of many diseases. But, sometimes excessive amounts of tea can have side effects.

In order to avoid any side effects, it is best to drink tea in moderation, although it is a very healthy beverage. Have in mind that moderation is always the key of a good health.