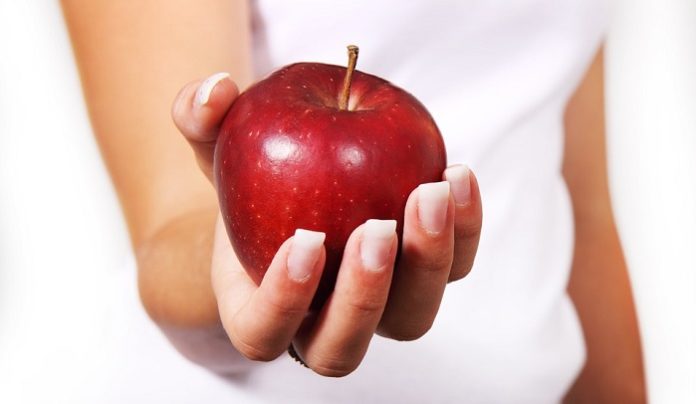 Apples are one of the most popular fruits all over the world. There’s no doubt that apples are very healthy, but should we eat whole apples or we should remove the seeds?

This article is about apple seeds. Have you ever eaten them? Have you noticed any side effects after eating these seeds? Now we will tell you something more about apple seeds and their impact on our health. You will find out whether it is good to eat them or it may be harmful.

But, first we will tell you some things about apples, as a favorite fruit of most people.

The apple tree is a deciduous tree and its sweet fruits are also called apples. Apples are native to Central Asia, but today they are grown all over the world. Apples have been used for thousands of years in Europe and Asia for medicinal purposes. Later they were brought to North America and today apples are considered one of the healthiest fruits in the world.

Apples are also used in cuisines all over the world and there is a variety of recipes in which you can use apples. Along with peaches, cherries and almonds, apples are a member of the rose family. Apples are rich in antioxidants and they can protect against oxidative damage in the body that may cause cancer. Doctors recommend us to eat an apple a day because this way we will stay healthy. Apples are packed with nutrients and antioxidants that protect our health and fight against free radicals in our bodies. But, inside the apple there are tiny black seeds that are not so sweet and healthy. It is known that these seeds contain some natural compounds that may be toxic to animals. But, are these seeds healthy for people?

Can we consume them or they may be harmful? Below you will find out more about the safety of the apple seeds.

Are Apple Seeds Safe to Eat?

Unfortunately, we don’t have good news for you. The tiny black seeds inside the apple are not safe for your health, so you should avoid eating them. These seeds contain a substance called amygdalin that may be toxic both for animals and people.

Actually, this substance releases cyanide when it comes into direct contact with enzymes of a human digestive tract. If you don’t know much about cyanide, we will tell you now. Cyanide is a chemical that is considered one of the deadliest poisons. Because of that, you should avoid eating apple seeds. It is especially dangerous to chew them because amygdalin will be released inside the body and it will produce cyanide. A small amount of cyanide in your body will be detoxified by enzymes, but large amounts of cyanide can be very dangerous.

But, you are protected from cyanide by the hard apple seed coating. If you eat whole seeds they will probably pass through your digestive tract and they will be untouched. But, if you chew the seeds, your body will be exposed to toxic substances, which can lead to cyanide poisoning.

What is Cyanide Poisoning?

Also, if your body is exposed to cyanide, it can harm your brain and your heart. In some cases, it can even lead to coma and death, which usually results from a respiratory or heart failure. Fortunately, apple seeds consumed in small amounts don’t contain enough cyanide to cause any harm. It would be necessary to eat about 200 seeds of the apple to receive a dose that could be fatal.

Experts recommend us to avoid eating not only the apple seeds but also the pits of apricots, peaches and cherries. Remove the seeds before eating these fruits and don’t give the seeds to children.

Also, it is important not to grind the apple seeds when you are preparing the juice or applesauce. There is also apple seed oil that is made from the raw apple pomace. Apple seed oil has a great fragrance and it is used for skin and hair care. This oil is generally safe because it contains a very small amount of amygdalin.

As you have seen, apple seeds contain a substance called amygdalin which releases cyanide into our blood stream. A small amount of apple seeds won’t do any harm, but large amounts can be dangerous and also fatal. If you eat whole seeds nothing bad will happen, but if you chew them thoroughly you will come in direct contact with cyanide which is a lethal poison.

Although a couple of apple seeds once in a while won’t be harmful, it is best to remove these seeds when you are eating apples, in order to avoid any potential health risks. Enjoy eating apples and remember that they are one of the healthiest fruits in the world.