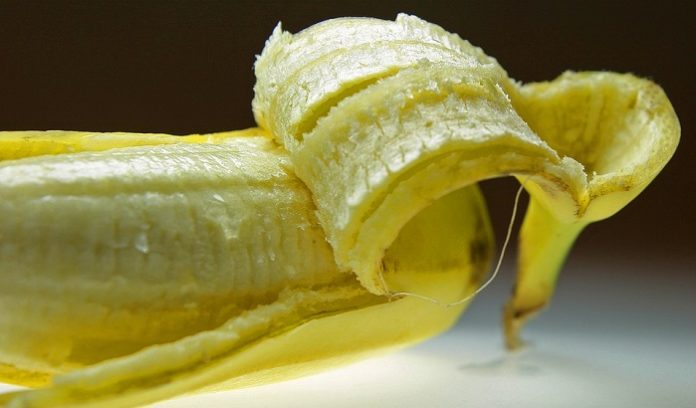 A lot of people dream of tropical weather, with palm trees eating bananas. But, the common mistake they make is that bananas actually grow on a tree. It’s actually the world’s biggest herb.

So the common misconception of bananas growing on trees comes from that misconception. Bananas are edible fruits from family of berries. They grow on large flowering plants in tropical areas, in the time amount of two to three months, depending on the temperature. After banana plant grows in nine months and produces bundle of bananas, the mother plant dies, leaving around the area many baby plants. Banana tree leaves are enormous. Depending on the type, it can grow up to 2’ wide and 9’ long.

Their color, size and firmness differ, but generally they are broad, curved fruits, with soft starch inside. It can be green, red, purple and most famously yellow. They turn brown when they ripe. Bananas hang in bundles on top of the plant. Bananas form in late summer, only to start ripening in the following March. The fruit is usually cut when it’s green, only to be stored in cool, dry space.

Leader in banana production is clearly India, with 18% of the world total production. That estimates to 24.9 million of tones of bananas just in 2012. Second is China with 8%, with Uganda and Philippines following with 7%. The word “Banana” is also used as a common name for the plant which produces the fruit.  Etymology of the word has West African origin. Wolof word “bananna” has been passed into English from Spanish or Portuguese traders.

Bananas are rich with vitamin B6 and also contain vitamin C, manganese and dietary fiber. But, most famously, they are known for their levels of potassium. But surprisingly, actual potassium levels are pretty low per typical food serving, averaging about 8% of the daily value. Vitamin B5 has the richest value of 31%. In the United States, bananas are ranked 1622th with 358mg of potassium per 100g.

Bananas bought at the store don’t seem to contain any seeds. Many may ask themselves, how do bananas reproduce.  Bananas found in the wild can contain seeds. Seeds that can, in some cases, be the same size as the fruit. That makes the flesh of the banana hard to eat.

Commercially bought bananas, are known as the Cavendish sort of bananas. They have been specially bred over the decades so they become seedless triploids. That means that they have three sets of genes, instead of usual two. That’s the reason they do not form mature seeds. Smaller, immature seeds, can be found on the other hands. They are located in the center of the banana flesh. They won’t develop any further, characteristic of triploids. Seed reproduction, found in diploids, is replaced with reproduction using banana pups. Banana tree forms rhizomes, which develop into a little tree known as a pup. That pup, can be cut and planted elsewhere.

Banana plants grow best in a rich, well drained ground. Salty ground can be very bad for their growing. They prefer acidic soil. Banana plants also demand a lot of water. But don’t use too much water. It can lead to root rotting. The ground must be moist, but not soggy, and it should be kept like that most of the time. The fertilization is also a vital part. A balanced fertilizer should be used once a month.

The propagation of the plants comes in large part through pups. When they grow to be at least 3’ tall and have their own roots. The most important part of this process is not damaging the original plant. That is because the seeds aren’t fertile. Bananas do not have a lot of problems with pests and diseases. Other than root rot, the only diseases plant can have is Panama wilt. There just aren’t that many diseases or pests that can harm banana tree when grown outside of tropics.

There are approx. around 1000+ different types of banana plants today, but most of them are unpalatable. Aside from the mentioned Cavendish banana that is used commercially, there was a type of banana called Gros Michel. Like all Cavendish, the Gros Michel were all perfect clones of one another. But unfortunately by mid 20th century they were almost completely wiped out globally by certain strains of fungus. It was much larger then Cavendish and it didn’t go bad as fast as Cavendish, so the transport was easier. The other famous one is the goldfinger that has more of a apple taste, than a banana taste.

Bananas do have seeds, like all berries do. They are small and in the middle of the fruit. When bought commercially the seeds are immature, and reproduce with the help of pups, but when found in the wild, the seeds are can be as large as the fruit itself.