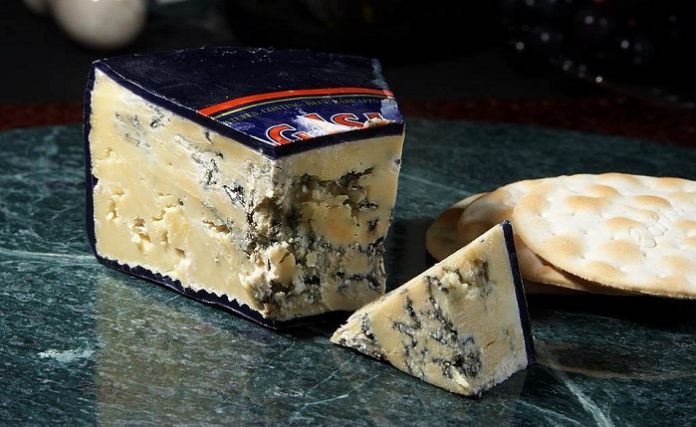 Blue cheeses are highly praised and appreciated by many culinary experts. They are delicacy for real gourmets, possessing a unique recognizable flavor that tingles the most subtle palate. Besides their culinary prestige, blue cheeses proved to be extremely healthy food. Scientists have found that various types of blue cheese contain certain substances which can prevent inflammation and protect the cardiovascular system.

So, blue cheeses are not just one of the French gourmet treats. It is well known that the French people enjoy all sorts of so called unhealthy treats, but still they are among nations with the lowest rate of cardiovascular disease.

According to some scientific researches, French have to thank blue cheese for their good health. Blue cheeses are specialty of French cuisine, so they are eaten in large amounts in France. It turned out that this type of cheeses release certain compounds during their ripening. Those elements can slow the development of arthritis and the common signs of aging.

Well, blue cheeses are certainly not a miraculous fountain of youth, but they show really amazing properties, beneficial to our health and vitality.

How blue cheeses are produced?

Blue cheese is made out of raw milk and it is not pressed, like some other types.  Clotted milk is usually grinded to lose as much curd as it can. After that, it is put in metal molds with a wooden lid, where it remains for one to two weeks. During that period, it is constantly turned upside down to lose even more curd. When it becomes compact enough to keep its shape, the cheese is extracted from the mold. The salt is added and then begins the process of developing blue mold.  Regardless of the way mold is developed, it can’t happen without air. Therefore, cheese makers pierce it with needles in order to create well ventilated duct with excellent conditions for mold growth.

This distinctive type of cheese is actually bad already, so many would ask if it can go bad in terms like some other food or product. Unlike other food, blue cheeses are to be eaten with mold. They are spoiled in a good way.

In fact, it is their advantage! Since it is technically gone bad, can it deteriorate in a way that makes it inedible? The answer is yes. Blue cheese’s intentionally developed mold is composed of edible bacteria culture, so it is safe and good to eat. But, just as other food, it is susceptible to other mold cultures, which are not safe for our health. If some other type of mold develops on any blue cheese, the only good thing is to discard it, since it is not safe for consumption.

Shelf life of blue cheese depends on the way of storing it. If you store it properly, it can last for about three to four weeks. It should be kept wrapped in the fridge. If it is stored on the kitchen counter it will go bad after only a few days. Blue cheese can be frozen and basically stored forever, but it will eventually lose its quality. If you decide to freeze it, you should consume it within a half a year. Frozen blue cheese is completely safe to eat after thawing, but it won’t be of the best quality. It will be crumbly and of a less distinctive taste, so it is better to use it only in cooked dishes, such as stews.

How to store blue cheese?

Storage of blue cheese can be tricky, especially since it already has some living organisms on its surface. Some people wrap it in a plastic wrap and keep in the fridge. Good mold on the surface of blue cheese is responsible for its specific flavor and it needs air to live. So, if you just put it in a plastic wrap, you reduce the flow of air and make it lose its taste quite quickly.

So, the best solution is to wrap it in parchment or wax paper first. Then you can loosely wrap it in plastic wrap. The cheese won’t take up odors from other food and it will still have enough air. Keeping in the fridge is a must, just as with other dairy products and dishes.

So, how to recognize bad blue cheese? That could also be a bit tricky, since it already has mold. However, if you spot the mold that hasn’t been on the surface of cheese when you’ve first opened the package, it can be the first sign that the cheese is spoiled and inedible. The color of the creamy part of cheese will certainly tell if it is good or bad. If it is brownish, pinkish or greeny it should be discarded. The smell of cheese can also help in judgment. If it has ammonia smell, it is not safe to eat.