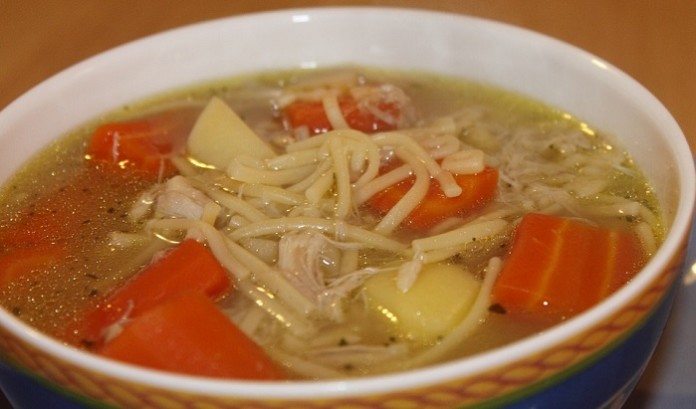 Chicken broth, also called chicken stock, is a traditional broth that is rich in chicken flavor and lightly seasoned with herbs. Chicken broth is low in calories, but it is rich in sodium. This broth is often purchased dry in aseptic containers, canned or frozen. Chicken broth makes a great base for soups and it is often added to rice dishes, sauces and casseroles. It is a common ingredient in many dishes and you might be wondering if chicken broth that you have in the pantry is still good to use. Can chicken broth go bad?

In this article you will get to know something more about chicken broth and its shelf life, but we will also show you how to store it properly.

What Is the Shelf Life of Chicken Broth?

How To Store Chicken Broth Properly?

The proper storage is the most important when we talk about the shelf life of chicken broth. Chicken broth has a best before date and a sell-by date, but it usually doesn’t have a use by date or expiration date. Because of that, you can safely use chicken broth after the best by date, if you have stored it properly. You should store your chicken broth in a cool and dark place, away from the heat. We recommend you to keep the chicken broth in the pantry or in the basement. Your chicken broth should also be away from moisture and sunlight.

How To Tell if Chicken Broth Has Gone Bad?

Also, if the container of the chicken broth starts swelling, this is an indicator that there is a bacterial growth in the broth.

As you have seen, chicken broth goes bad after a certain amount of time. You should store unopened chicken broth in the pantry, while the opened chicken broth should be stored in the fridge. If any mold appears on the broth, it indicates that the chicken broth has gone bad and should be discarded as soon as possible. Remember that spoiled foods can cause many health risks. Because of that, it is best to enjoy your food before its shelf life has expired.