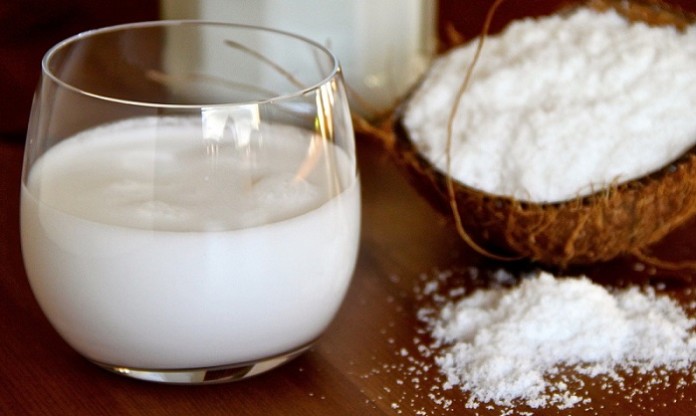 Coconut milk is a dairy substitute that is mostly used by vegans. Meat eaters rarely consume coconut milk, but sometimes it is used in cake recipes, in smoothies or as a coffee creamer substitute. It is a great cooking and baking ingredient which gives sweetness to a dish.

Also, coconut milk is a common ingredient in many Asian meals. Coconut milk has a similar consistency as a dairy milk and it has a very sweet taste. Maybe you have also purchased a container of coconut milk and you have put it somewhere in your pantry and now you are not sure if this milk is still safe to use. We all know that cow’s milk goes bad, but what about coconut milk?

Does it go bad or it has unlimited shelf life? The answer is that coconut milk, like all other types of milk, can’t last forever. It goes bad after a certain time, but in this article you will find out more about coconut milk and its shelf life. Also, we will show you how to store coconut milk properly and how to tell if coconut milk has gone bad. Read on and find out.

The Types of Coconut Milk

But, vegans mostly drink thinner coconut milks that are packaged in containers. There are also some varieties of refrigerated coconut milk.

What is the Shelf Life of Coconut Milk?

Coconut milk has limited shelf life and it can’t last too long. Its shelf life depends on the type of a milk and on the way of its storage. If you buy coconut milk and store it unopened, look at the expiration date on the container. If there are proper storage conditions, coconut milk can last between six and twelve months, if it is unopened. If it is canned, it can last between two and five years, if it is stored properly and if it is unopened.

If you open coconut milk, you should drink it within a few days. If you store it in the fridge it can last for up to 10 days, sometimes even more. But, if you drink coconut milk after ten days of being opened, it won’t be fresh as it was before. It may still be safe to consume, but it will lose a lot of its quality.

How to store Coconut Milk Properly?

When you open coconut milk, you should store it in the fridge. Coconut milk should be stored in a tightly sealed container, because it can easily absorb flavors from some other foods in the fridge. To avoid it, keep coconut milk far away from the items in your fridge that have a strong smell.

Also, it is known that coconut milk can absorb flavor of the can, so it is best to transfer the milk out of a can and to put it in a covered glass or in a plastic container. If you have purchased a container of coconut milk, but you will not use it in next few days, you can freeze it. When coconut milk is frozen, it can last for two or three months. It is recommended to freeze coconut milk in a glass jar or in an airtight container.

Another way is to pour the milk into ice cubes trays. Then, you should transfer the frozen coconut milk cubes into a freezer bag. You don’t have to worry about defrosting coconut milk. You will rapidly defrost it on the stove.

How To Tell if Coconut Milk Has Gone Bad?

If the container of coconut milk is opened, you should look for the signs of spoilage once a week, because this milk contains natural oils that can spoil easily. First thing you will notice if your coconut milk has gone bad is a foul smell.

Also, you can taste the milk to check if it still has fresh and sweet taste as before. If you use canned coconut milk, you will easily notice if it is spoiled. If canned coconut milk tastes stale, it means that the milk has absorbed the flavor of the can, as we have mentioned before. It is also possible that pink mold appears in stale coconut milk. If you notice any of these changes, be sure that your coconut milk has spoiled and toss it out.