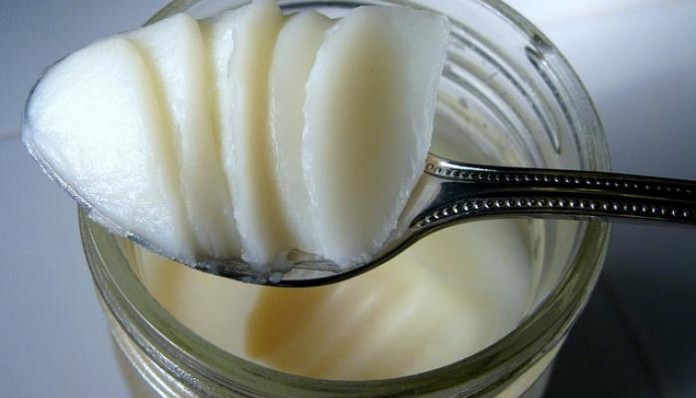 Lard is a pig fat that is obtained from various parts of the pig which contain a high proportion of adipose tissue. It is usually rendered by boiling it in water or by steaming it, and separating the insoluble fat from water. This fat is clarified for use in cooking. For centuries lard is used for cooking and baking purposes. Many of us keep lard in the pantry or near the stove, but it is best to keep lard in the fridge.

Otherwise, it will spoil faster and it will be too rancid to use it for preparing dishes. Many people probably wonder if lard goes bad and what is its shelf life.

In this text you will find out something more about lard’s shelf life and how to store it properly.

What Is the Shelf Life of Lard?

If lard is stored properly, its shelf life is one year. Proper storage means that you should keep lard in a jar or in a sealed up container in the fridge. If you want to store lard longer than a year, you should freeze it in freezer safe containers which can keep it fresh for about 3 years. But, it is important never to freeze lard in its original packing, because lard may become frost burned and may change in texture and flavor. You should always remove lard from the original packing and put it in freezer safe containers. This way you will certainly extend the shelf life of the lard.

The best thing about lard cubes is that you can take out exactly the amount that you need and you don’t have to defrost all of the lard. You should know that if you freeze the lard that you have already defrosted, the lard will change in texture and flavor. Such lard can become rancid and it is not good for use. It is recommendable to freeze lard only once.

How To Notice If the Lard Has Gone Bad?

Although a general shelf life for storing lard is one year, even after that period lard sometimes can be okay and you can use it. If the lard has not changed in color or in texture, it means that it is still safe for consumption.

But, if you notice discoloration, bad taste and odor of the lard, then you should throw it away immediately. You don’t have to worry about the shelf life of the lard, because you will clearly see when it goes rancid.