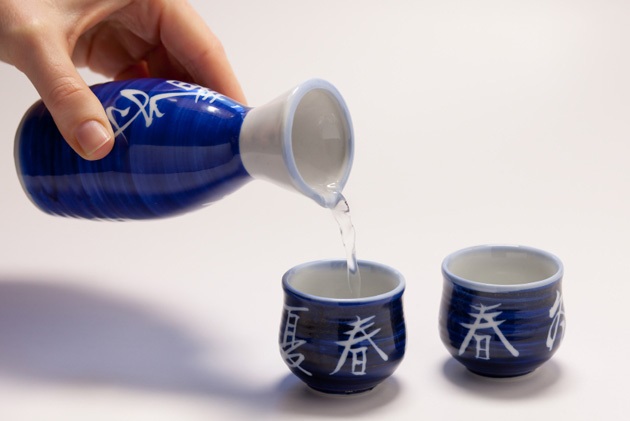 Sake is Japanese national alcoholic drink, which has been traditionally made in Japan for more than two millenniums. It is still very popular in its home country and not so spread around the globe like some other traditional drinks of the world.

However, sake is slowly climbing the path to many tables worldwide. Outside Japan, it is usually served only in Japanese restaurants. In some high class restaurants in Europe and America, this drink is located at the very top of the gastronomic scale. Unfortunatelly, in many countries sake is still known just as an exotic drink from movies or articles on Japanese culture.

Japanese traditional sake is covered by the veil of mystery, even though it is present for over two thousand years. Very few people outside Japan actually tasted it. Drinking sake outside its mother land is still quite rare. However, its name is well known all over the world.

In Japan, sake is considered to be a drink from the gods and it is associated with Shinto religion. Shinto tradition is bound with rice cultivating tradition. Rice is the main ingredient of sake drink. Sake is still used in Shinto ceremonies. For example, it is a part of the rituals practiced during building houses or other objects. When people decide to build something, they pray to the gods to ensure good outcome and pour some sake at the building construction base, in order to meet the gods. Sake is also present in marriage rituals and ceremonies in Japan.

The secret of Sake

Sake is also present in a daily life of every Japanese. Technically speaking, it is an alcoholic beverage produced by fermentation of rice. The process of fermentation is accelerated by using a special kind of fungus and water. Production of sake is long and complex process that requires really hard labor and a lot of dedication. When it comes to manufacturers who produce high-quality sake, this is especially important.

Traditional sake is handmade product. The human factor is of a vital importance for the ultimate taste of sake, since the master maker determines what taste the final product will have. Sake manufacturers enjoy all the freedom they like in determining the ingredients, measures etc. The knowledge of sake making is traditionally transmitted through generation, from fathers to sons. Some companies have a long family history of producing sake, some of even ten or more generations.

Can it go bad?

Unlike some other alcoholic beverages, sake is highly perishable and very fragile drink. Yes, it can go bad, even if the bottle is unopened. The main reason for that is the fact that sake does not contain some of preservative elements like wine or even beer and juice. That is both the good and the bad side of sake. It is pretty free of dangerous substances, which also provides its bright and crisp flavor and appearance. Premium sake is praised in Japan just as the most expensive wines in Western haute cuisine, so it deserves at least an equal care.

How to store and use Sake?

An unopened bottle of sake is advised to be consumed within a year of purchase. It will also taste good for one year to the date of expiration, determined by the brewery. Sake is usually kept for about three to six months before shipping, sale and consumption. That is the main reason why to drink it up to the printed date. In general, its time starts running up once you purchase it, even if it’s not immediately opened.

However, there are some ways to extend shelf life of unopened bottle of sake. Just as the case is with many other food and beverage, sake is sensitive to air, light and high temperature. Frequent air and light exposition would easily disrupt the delicate composition of the drink. Oxidation will eventually destroy the flavor.

Sake must be treated due its sensitive characteristic, in order to preserve it within its shelf life time. The best option is to keep it in the fridge, on some lower rack. There are also good ways to prevent t from light exposure when the fridge is opened. If you put sake in neoprene wine bottle holder it could last up to two years, if unopened. After the two years, all the sake will deteriorate, even premium quality drinks.

When it comes to opening the bottle, the best advice is to enjoy the whole of its content within three hours. Sharing it with friends and family, that should not be a problem. However, if it is not finished, the solution is to put it in the fridge and consume it within next couple of days.

Once opened, sake easily falls to oxidation process, which notably affects the taste. After three days, sake is useless for drinking, but it can be a good ingredient for cooking food.