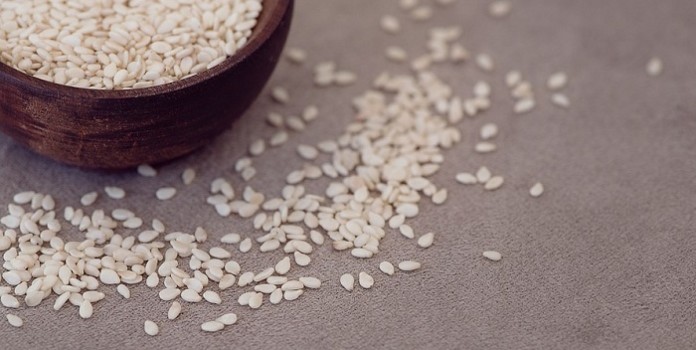 Sesame (lat. Sesamum indicum) is a flowering plant that is cultivated for its edible seeds. Sesame seeds have a nutty taste and a delicate crunch and they are used for preparing many dishes. One of the most popular products of sesame seeds is certainly sesame oil.

What Is the Shelf Life Of Sesame Oil?

If it is opened, it will spoil faster than other vegetable oils. Sesame oil usually goes rancid a couple of months after opening. Although sesame oil may be safe to use, its quality will probably deteriorate over time and it will lose its freshness. If you store sesame oil too long, it will probably go rancid. It is best to buy sesame oil in small bottles, in order to avoid that the oil goes rancid.

How To Store Sesame Oil Properly?

You should know how to store sesame oil properly, in order to prevent it to go rancid and in order to preserve the flavor of sesame oil as long as possible. Improper storage of sesame oil and its expired shelf life can cause rancidity, because compounds of sesame oil are very sensitive to external conditions. Sesame oil should be stored in a dry and cool place, away from heat and from direct sunlight.

It is important to seal sesame oil tightly when it is not in use. This way, pollutants will not be able to get into the bottle and to spoil the sesame oil. If the bottle of sesame oil is not opened, it can be stored in the pantry or in the cupboard. But, when you open the bottle, you should store it in the fridge.

How To Tell If Sesame Oil Has Gone Bad?

It won’t be hard to tell if sesame oil has gone bad. As we have said, over time sesame oil loses its quality, so it is best to discard it. Sometimes you will also decide to discard sesame oil although it is not spoiled. The first thing you should do before using sesame oil is to smell and to taste it. There can be small changes in smell, taste or color, but it is normal. But, if there are significant changes in color, texture, smell or taste of sesame oil, the oil has gone bad and you should throw it out.

We will also mention one important thing that you should know about the storage of sesame oil. It is possible that sesame oil solidify in the fridge, but it is perfectly normal and the oil will return to its normal consistency soon after you put it at room temperature.

As you have seen, sesame oil does go bad and you should be careful before using it. The shelf life of the opened bottle of sesame oil is pretty short compared to other vegetable oils. Sesame oil will go bad quickly after opening, especially if you don’t store it properly.

Sometimes you will also have to discard sesame oil because of its quality which usually deteriorates over time. If the expiration date of sesame oil is approaching and you are not sure if it is still safe, it is best to discard it in order to avoid potential toxic effects. Remember that spoiled foods are related to many health issues, so it is recommended to avoid them.