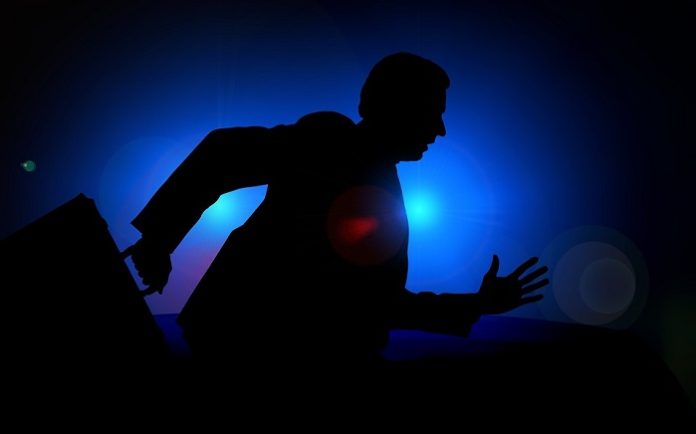 In every human being a natural escape reflex is anchored. We flee, if we do not feel up to a situation, in case of fear or panic. In these moments, we are driven by our instincts, who command us to move as quickly as possible to a place where we can feel safe again. It is only about the escape, because in panic situations with many people dangerous situations can arise; Often, people in the crowd are then crushed or overrun.

If we can not escape and the way out is closed to safety, it releases an ur-driven, great fear and panic in us. We then feel at the mercy of trying to protect ourselves with legs and arms, or squirming and squatting to create a smaller attack surface.

During an escape, we are in an exceptional situation. This is also often felt when dreaming of an escape. These dreams are usually perceived as nightmares, especially when being chased and pursued all the time. Anyone who dreams of refugees emigrating or leaving the country will face a change. But what exactly do such dreams say? What is conveyed by the subconscious mind when we find ourselves in the dream in an escape and while running away?

The escape symbolizes in the dream the running away from a problem in real life. The dreaming sees himself confronted with a conflict that he does not believe he can solve and wants to escape it. It can be about certain feelings or a situation with which the person concerned does not want or can not deal.

Furthermore, it is possible that he wants to flee from a guilt feeling, a conscience conflict or his own sense of responsibility. In this way, his subconscious mind points out to the dreaming to deal with the problem in real life. In order to understand on which aspect the request by the dream refers, it should be noted at all costs, before which the person in the dream flees in the dream. This symbolizes the part of life that he does not want to face.

In the dream, if the escape disappears, this is a positive sign in the general interpretation: the person concerned will find a solution to the problem in the near future. This is especially true when he finds shelter after the escape.

Anyone who dreams of helping others flee, such as an outbreak or a runaway, should interpret this as a symbol that they can be exploited by others too quickly in real life. The dreaming is thereby asked to reconsider his own good nature.

Even in this interpretation, escape in the dream symbolizes an escape from a certain part of one’s own personality. This can not only refer to an (emotional) problem in the everyday life of the dreaming, but also to a part of his psyche.

If the person finds himself fleeing with several people, for example in a kind of escape wave as a refugee from a war zone, then he feels connected to others in terms of his character traits. The dreaming feels as compliant with society.

Often people who dream of escaping feel indecisive and doubt whether they can prevail sufficiently in their everyday lives. They lack self-confidence and confidence in their own strength. However, a dream escape should not be considered positive here:

According to the psychological interpretation of dreams, this rather indicates that the dreaming will find no solution to his problem in the future. He will continue to be on the run and not be able to work his worries and burdens if he does not face them.

The flight can stand in the dream for a great yearning for freedom. At the same time, according to the spiritual interpretation, it also symbolizes the desire to escape responsibility. The dreaming is afraid of having to grow up and wants to flee here and retire.

Animals and humans can run away for fear of danger. Some, however, also go on the run because they have done something and now fear the consequences. If you run away in a dream to escape, then you certainly have an important reason. What this can be, you will find out in the following article:

When dreamers run away in their sleep, there are different interpretations. This dream image can be an indication that there are professional difficulties that can lead to the loss of a job. It is also always a sign of a way out to avoid problems and escape from danger.

Can the dreaming run away successfully, then this is interpreted according to the dream research as an indication that his wishes come true. If the dreaming man does not manage to flee, sorrow and worry threaten him.

If the dreaming in the dream world helps someone who wants to run away, then he faces problems in the watch world because he is too good-natured.

The psychological dream interpretation interprets this dream image as an invitation to the dreaming to face his problems. In the dream world and also in the watch world, the dreaming will try to escape an unpleasant situation that may be associated with guilt and conflicts of conscience. The dreaming can also run away from responsibility or from an obligation. For dream research it is important to find the cause of the flight. Only then can the dream be interpreted correctly.

Sometimes, however, the dreamer has also recognized a danger and can run away from it in time. This danger can also be something from the subconscious of the dreaming, if something was repressed there. In some cases, the dreaming also runs away from himself because he suffers from his indecision and insecurity.

However, it is always important for the correct dream interpretation, whether the dreaming can run away successfully. If he can make it and get out of the dust, then in the waking life he will be able to gain the confidence to finally face his problems and fight them instead of running away from them.

In the spiritual dream interpretation, running away in the dream is interpreted as a sign of the great desire for freedom of the dreaming.