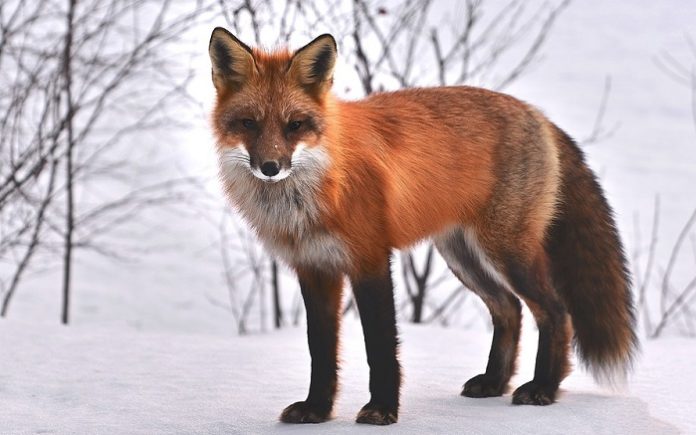 Animals appear in many dreams. In psychology, animals in dreams are seen as a symbol of instincts and nature. Animals embody wildness, freedom and naturalness. In modern society, many instincts seem to have been lost. Animals are driven out of the cities, people are taught not to give in to their urges.

In childhood, the natural landscapes often appear in the dream. In addition to positive feelings such as love or affection, children also experience negative emotions such as anger and aggression. This behavior is often suppressed, which teaches children not to show such emotions. The drive is still there, but is suppressed by the mind.

The appearance of animals in dreams

Dreams with animals as dream symbols often appear in emotionally charged situations, especially when deep emotions are involved. An example is the separation situation. It often happens in such a situation that one dreams of wolves, tigers or other wild animals, which usually show an aggressive behavior in the dreamer. Psychologists see it as a symbol of repressed anger. All the anger and suppressed rage manifest in the image of the wild beast.

It is noticeable that people who do not know each other in similar situations not only often dream of animals, but also of the same animal species. In emotionally troubled situations, it is often wild animals such as tigers, dogs or wolves.

Other circumstances also create other dream symbols. Dreams in which birds appear are often about freedom, the obvious desire to fly, and to go where the wind carries them. Even fish can stand for such desires, they live in the endless expanse of the sea and are surrounded by water, without which no life on earth is possible.

Anger and fear is often symbolized by snakes or spiders. The snake has been a symbol of mistrust and betrayal since Adam and Eve. Many snakes are also poisonous, which is why most people are afraid of them, even if they are non-toxic specimens. Spiders are also part of this genus. Spiders are scary and scary, they stay in the dark and trap their victims with their nets. They are also often associated with death, as is the fly.

The fox is a member of the dog family. He lives withdrawn and shy in the forest, where he also hunts. However, since he can approach the human dwellings at night to look for prey, he has made little friends among the people, because especially poultry is one of his favorite prey animals. The result was fox hunts to reduce the population targeted.

Foxes are found in many regions of the world and have adapted to the prevailing climatic conditions there. Thus, the fox is not only native to the temperate climates of Asia and Europe, but also in polar regions (such as the polar fox).

All red-haired animals were sacred to Thor, the Germanic weather god, because of their coloring, because they bore the red color of his lightning. It is also said in German vernacular that the fox now and again strayed hikers and travelers back on the right path or safely to the destination leads.

With the Celts, the fox embodied wildness and wisdom. Druids therefore appreciated him in difficult situations as a diplomat.

Because of its reddish coat, the fox was early demonized by the Christians and regarded as an animal that is closely related to the devil. Therefore – and also because he transmits rabies – comes the name “Fuchsteufelswild”.

Due to its colors, the northern lights are called “fires of the fox” in Finland. In one legend, it is said that once the fox (repo) stole the heavenly fire (tuli) and since then runs with a burning foxtail on the firmament.

In Japanese folk belief, foxes (kitsune) are considered quick-change artists and possess magical powers of magic that take over the years. As a fox grows, not only its power but also the number of its tails grows. At the highest level of magic to be reached are nine-tailed foxes. These are considered immortal and almost invincible.

But foxes can also turn into people or take possession of their mind. They are therefore also associated with exozismus and Bessheit. Women should be particularly susceptible to the magic of foxes, as well as turning into beautiful women to seduce wealthy men and drive them out of their minds.

Unfortunately, in those latitudes, the fox does not fare well and is referred to as a demonic and thoroughly evil creature. Kumiho, the nine-tailed fox of Korea, seduces people, uses them shamelessly and sucks them all their energy. Finally, he kills his victim and enjoys the killing act in an ecstasy-like state.

Incidentally, the fox is not only known as a predator, even a horse with brown fur is so called. In addition, you can call a novice, freshman or freshman at university as “fox”. In English, this corresponds to the terms greenhorn (“greenhorn”) or newcomer. Likewise, a rascal or a rascal is sometimes colloquially called “fox” – the traits assigned to the robber are obvious.

In legends and fairy tales, but also in the dream world, the fox appears quite often. Find out in the following text what a fox can mean in a dream:

The fox is usually associated in the general interpretation of dreams with intrigue and betrayal. To see a fox means that the dream symbol warns the dreaming. Often the dreaming then has in the watch world a hostile people in the environment, which can harm or outsmart him. If the fox is tame and you can pet the fox that meets the dreaming, there is even a false friend who abuses the trust.

Even being a fox in the dream interpretation means that you have the characteristics that you assign to the predator: you are smart and creative in thinking, but sometimes think only of its own advantage. A fox-baby, that means a fox-puppy, suggests in a dream that the characteristics of a person are napping in a person, but not yet fully developed and developed.

If the dreaming goes on a fox hunt, this points to risky liaisons and dubious speculations. If a fox comes into the house of the dreaming, he has envious friends who want to bring him into disrepute. If one is bitten in the dream of the fox, it is called: Caution in the partnership, it can come to a dispute. The fox bite symbolizes the partner who “attacks” the dreamer.

Positive to see is the killing of the fox in the dream world. In this case the dreaming will become successful independently and bring his plans to the goal. If the dreaming can catch a fox, then he will be able to expose a false friend and uncover a conspiracy in time.

But it may also be that the fox does not appear alive in the dream, but only a fox fur or a foxtail is to be seen. If the dreaming carries such a fox fur, then someone will cheat him or he must count on scorn and ridicule. A foxtail is in the folk dream analysis a warning against deceitful people who want to deceive the dreaming.

The fox is interpreted in psychological interpretation of dreams as a symbol of wisdom. However, here also the robber mixes in the robber always the insidiousness into it. In the past he was even given magical powers and in the Middle Ages he was considered an animal of the witches.

If the dreaming can catch a fox, then this dream image according to the psychological interpretation is a sign that he and his temperament are under control. However, dream research often interprets the fox as a warning of danger and guile. Even the fear of a disease can be represented by the fox in the dream.

The fox is interpreted in the spiritual interpretation of dreams as a symbol of cunning. If you see a fox in your dream, it indicates that you will uncover a fake friend. It is possible that you will discover the true intentions of a person who pretended to be honest with you why you will ignore him / her in the future.

On the one hand, it will be regrettable that your relationship is irreversibly damaged, while on the other, you will be aware that this kind of situation is most suited to you.

If the dreaming goes on a fox hunt, this points to risky liaisons and dubious speculations. If a fox comes into the house of the dreaming, he has envious friends who want to bring him into disrepute. If one is bitten in the dream of the fox, it is called: Caution in the partnership, it can come to a dispute. The fox bite symbolizes the partner who “attacks” the dreamer.

The dream of grabbing a fox implies that you will be fooled by the person you are courting. It may happen that he will give you false hope, and in fact, he will not think about you as a potential partner / partner. You will understand that he uses you to provoke a jealousy in your former love, which will leave you without a word from his / her life.

When you kill a fox in your sleep, it means you will be free from the burden. Probably you have complicated your life by doing things that others have advised you to avoid. However, you yourself will see what your problem is and you will do everything to save it and live normally as it used to be.

The meaning of sleep can be simpler. If you’ve recently seen, captured or killed a fox, it certainly left a strong impression on you.