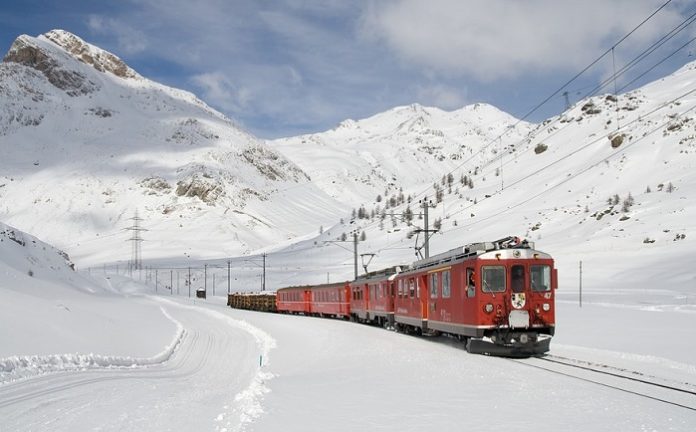 Many dreams are about different types of locomotion. Travel dreams at this point include both dreams of self-directed, and of externally-controlled locomotion. Self-propelled locomotion describes dreams in which the dreaming goes on foot, with the wheel or sits behind the wheel of a vehicle. In dreams with externally controlled locomotion, the dreaming has no influence on the course of the journey. He is merely a passenger in an airplane, a train or a boat. In an extended context, you can also subsume roller coaster or carousel rides under this term.

The dream symbol of locomotion, in whatever way, is always an indication of change. Man leaves his familiar and familiar place and moves towards something else. In travel dreams, the journey is the focus. In most cases, the starting and finishing points are peripheral, at least as far as their specific geographic position is concerned. More important, however, is the nature of the movement, the itinerary and whether there are important scenes of departure or arrival.

Importance of different types of movement in the dream

Self-controlled locomotion in a dream is usually a good sign. The dreamer sets off on his own initiative and tackles the change on his own. In the beginning, it is not particularly important which means of transport are chosen during the dream. More important is the feeling during the journey. Basically, such dreams testify that a change is driven by itself. If the dreaming is accompanied by a good feeling, it is a symbol of mental strength and the willingness to face the future.

However, if the dreaming senses negative feelings, this usually indicates that he is afraid of it and that he does not feel well about it.

Foreign-controlled locomotion is usually accompanied by public transport. Only in the rarest cases is the dreamer, for example, in a radio-controlled rocket or in the passenger seat of a car without a visible driver. Most of the dreaming is traveling with some other travelers by bus, train or plane. The main characteristic of such journeys is the feeling of powerlessness or being at a loss.

The dreaming cannot decide freely to get out. His fate, which is usually shared with other people (passengers), is not in his hands. Whether the means of transport actually drives to the right destination can influence the dreaming as little as the safety of the journey. Such trips are either pleasantly quiet or characterized by turbulence. Especially in the latter case, such dreams often go hand in hand with the fear of a misfortune, suggesting a very negative attitude towards the impending change.

Meaning of different means of transport in a dream

Not only the way of moving in the dream has a great influence on the interpretation, but also the means of transport. If the dreaming walks on foot, this is usually interpreted as a symbol of down-to-earth.

The dreaming does not lose contact with the ground and moves on his own in the direction of his goal. This type of locomotion is also characterized by a certain slowness, which suggests inner peace. The situation is similar, albeit with a higher speed and an increased accident risk, when the dreaming is riding his bicycle in a dream.

The car can symbolize a protective shield in the dream

If the dreamer drives a car, he sits at the wheel of a machine with a lot of power. At the same time it is surrounded by the chassis, which acts as a kind of tank. The dreaming literally sets something in motion here, he gets the machine rolling and controls it himself his goal. The body of the car protects him and stands as a tank that the dreamer cannot happen much. It can also be seen as a symbol of inner strength, because the dreaming does not want to let anything stop him on his way and has a protective shield around him, so to speak.

A slightly stronger dream symbol is that of the truck. If the dreamer steers a truck, he moves a very heavy object. At the same time he pulls something behind with the truck. A dream of a truck ride can thus be interpreted so that the dreaming carries a burden without which he would get ahead faster. Nevertheless, it is he who has the situation under control.

The train serves as means of transport and transportation, mostly for shorter distances. Sleeping cars also provide comfort on longer journeys; in a dining car with a small bistro you can bridge the journey with a coffee and a snack. As a traveling companion you have during the train ride the opportunity to pass the landscape and look at. In a fast train for long distances, the journey is significantly faster than in a so-called “slow train”, a regional train, for shorter distances.

Experiences when traveling in a train or in the train station are often recurring symbols in dreams, which can be interpreted differently depending on the context. Often there are connections to the development of one’s own personality and to the behavior of the dreaming other person opposite.

Speaking of a train can also mean that we are sitting in a draft and a breeze brushes our necks. Even if one perceives the breeze only weak, it can turn out in retrospect as a passage, which has a stiff neck or other pain.

Even a move, for example to carnival, can be meant by a train. Likewise, a parade or a procession on church holidays can be termed abridged by the term “train”, as well as a demonstration train that many people join.

There are many dream experiences imaginable in which a train occurs. In order to better understand and interpret your dreams about the train, in the following sections we will explain some dream situations that are related to the train in a dream.

Dream Symbol “Train” – The most common dreams about the symbol

A departing train in a dream makes the dreaming person aware that soon a new phase of life begins for them and their personality develops further. The funky train also symbolizes new dynamics and rapid progress. Therefore, a career ascent could also be imminent if the dreaming person experiences that a train is leaving in a dream.

Dreaming of the train

A moving train is a dream symbol in general for changes in the life of the dreaming or the. If the dreaming person meets other people on the train, it is also possible that she makes new acquaintances. These persons could also support the dreamer in her private and professional development.

Dreaming that the train is passing

The train passes or does not stop at the bus stop: if the sleeper experiences such a situation in the dream, he may have missed an important opportunity to make his life more enjoyable. The dreaming should consider whether he lags behind his possibilities in certain areas and why this is so. Maybe he just has to have more courage and be more confident.

A dark hole – The dream train drives into the tunnel

Whoever watches in the dream as a train drives into a tunnel, can interpret this dream symbol differently. Basically, the tunnel stands for the unconscious personalities, which only become recognizable in the dream. Maybe the dark train wants to call her into the consciousness of the dreaming. If the dreaming person stands in the tunnel and comes to her a train, she may have to adjust to difficulties and quarrels in the awake life.

The train drives backwards in a dream

A train that drives backwards should be understood by the dreamer as a warning signal. It could be that he is thrown back in his personal development. Signs of this would be losses in business or conflicts with the partner. However, the dream image can also indicate that the person or the dreaming is given a second chance to make up for lost time.

Nothing works anymore: dreaming that the train stops

If the train just stops in the dream, this dream symbol tells the dreaming that his personal development is also stopped. A stagnant train challenges the dreamer to pause and rethink his life plans. Maybe he can think of things he wants to change.

It drives a train in the dream to nowhere…

If the train has gone astray in the course of a dream or is driving in the wrong direction on a wrong path, this is usually a sign that the dreaming person has also lost his orientation in life. She should re-examine her intentions and goals and ask herself if they really live up to her ideas of a successful life.

Dreaming that a train is coming

A train that meets the dreamer like a ghost rider is a warning signal. The dreaming person has to expect that she has to overcome obstacles to reach her goals. Maybe there are competitors among her colleagues who do not treat her with professional success. Even in private life could lead to conflicts with relatives or with the life partner.

This dream train is not coming anymore

If the train does not come in a dream, it is a sign of burst dreams and disappointed hopes. The dreamer should be prepared for the fact that not all projects will succeed and that she will have to reorient herself a bit. Possibly also personal injuries could be imminent.

The fantastic dream of the flying train

A flying train appears only in a dream. He symbolizes the dreamer’s need for independence and freedom. In addition, the flying locomotive is also for particularly ambitious projects that wants to realize the dreaming or the. However, the dreaming person should be careful not to become overconfident and orientate himself by their actual abilities and possibilities.

This is part of a real dream move

Anyone who sees a train with many wagons in their dreams, for example with sleeping cars or dining cars, can be lucky: In the future, many opportunities will arise for the dreaming person to make their lives positive. This can apply both to the private and to the professional field. If the dreamer misses an opportunity, she probably will not have to wait long for a new opportunity.