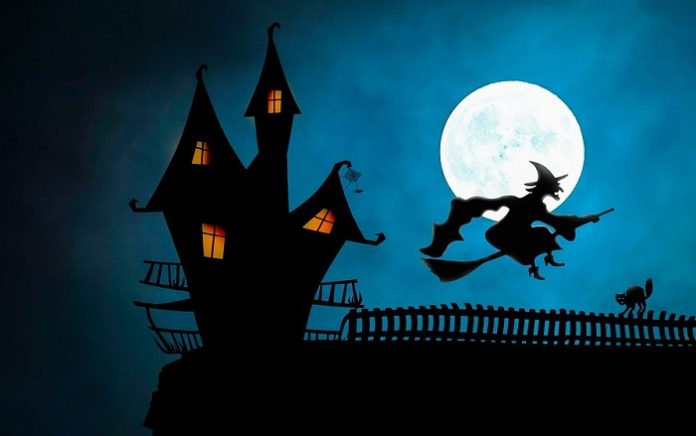 Witches are almost always associated with the adjective “evil” or “occult”. Often they are portrayed as an old woman with humpback and warts, her features are the black cat, the magpie and the witch-broom equipped with magic powers.

In the Middle Ages, the time of the witch hunt, the witch was given the art of black magic, with which she tried to harm mankind in an alliance with the devil. They were said to meet regularly at night on a witch dance court at the so-called “Witches’ Sabbath,” to conjure the devil with a witch dance and completely abandon himself to witchcraft.

The death penalty was the consequence for the wicked witch: as a result of this superstition, women with red hair or unexplained abilities were burnt at the stake during the witch burning process.

By the way, there were not only female representatives of witchcraft. A sorcerer, the male counterpart, was equally skilled in the field of sorcery. Even a sorcerer supposedly mastered the damage magic and was feared in the early modern times. So witches were also in large numbers to victims of witch-hunt and cruelly burned alive. Before the Middle Ages, witches and sorcerers were considered healers, medicine women and men or shamans, they stood for intuition and wisdom.

Anyone who dreams of a black magician will find it above all something weird. Maybe she wants to do him evil, but maybe she also wants to warn him. As a dream symbol, the witch is not exclusively negative. It can be an indication of the dreaming’s fears, as well as unconscious abilities and powers.

Even today, the term “witch” is relatively common in our vernacular. For example, if a woman is a real beast or a bitch or behaves like a fury, she is sometimes dubbed a witch. As a female, which is strange or even mysterious, you have also quickly made the connection to a witch. Whether herbal witch or rather lethal injection is put there …

To find out which dream interpretation applies, find out how the witch met you in the dream: Did you talk to her or did you only see her? What did the witch do?

The symbol “witch” has positive and negative aspects. On the one hand, she stands for the feminine with a strong overemphasis of physical love. One is afraid of being seduced or poisoned by the “devil woman”. On the other hand, in the interpretation of dreams, the witch embodies a kind of primitive love between the sexes and a spiritual attachment to nature.

Thus the seeing of a witch in the dream can be understood as a warning as well as an indication of a pleasing forthcoming event. A dancing witch means impending distress or danger. The sorceress, who rides the broomstick in the witch’s flight, refers in the dream interpretation to difficulties from the outside, from other persons or from certain circumstances.

On a psychological level, the witch has significance as an expression of irrational repressed fears, but above all as a negative mother symbol. When a man sleeps in a dream with a witch, in reality, this often corresponds to a love affair, which harms him and may even be destructive.

As a symbol of female malignancy, the witch in the dream interpretation can be an indication of a person in the immediate vicinity who has bad intentions. Mostly, however, the witch is the dark side of the dreamer. Anyone who is often exposed to attacks in life, for example by family members or colleagues, defends himself in the dream with his evil forces. This gives the dreaming emotional strength.

In any case, the dream context plays an important role. If the witch in the dream is particularly cruel or mean, that can be understood as a warning of the subconscious not to lose control of the dark forces in ourselves.

In the spiritual interpretation of dreams, the witch’s original qualities predominate as a shaman and healer. Her intuitive energy is primarily used for her own interests.

When the witch emerges as a magical authority, the dreaming unconsciously asks himself the question of his own original feminine powers and abilities, which he fears or admires depending on the personality. She then usually appears as a nature-loving, wise witch.

Witches are among the dream symbols that the psychoanalyst and successor of Freud, Carl Gustav Jung, have called the archetypal dream symbols, that is, as symbols that occur in all people and always have the same meaning.

Although the witch belongs to the archetypes, in the dream she can have different meanings. First of all, one has to distinguish whether the dreaming was a woman, a man or a child.

In addition, a distinction between the witch as a negative and positive dream symbol.

The witch as a negative dream symbol

Especially women who exercise authority and dominance on the dreaming in real life are symbolized by the figure of the witch in the dream. Most of the time, the dream symbol comes to light when you are often exposed to attacks from the female side in life.

The witch is therefore metaphorically for the negative aspects of female authority. It can also be an indication of excessive maternal or overprotection. The dominant behavior of a certain woman in the dreamer’s life is depicted by the witch in the dream.

The following persons can be symbolized by the witch:

The dream of the witch can be understood as a kind of warning room, which warns the affected person against female negative forces and makes him aware that he does not like everything.

According to popular dream interpretation, a witch can provide evidence of quarrels within the family or circle of friends. It may also indicate difficulties at work or at home. Witch dreams, therefore, are particularly common after arguments or bullying in the workplace or at school. Witches are among the dream symbols that Freud’s psychoanalyst and successor Carl Gustav Jung called “archetypal dream symbols,” symbols that are common to all humans have the same meaning.

Although the witch belongs to the archetypes, in the dream she can have different meanings. First of all, one has to distinguish whether the dreaming was a woman, a man or a child. In addition, a distinction between the witch as a negative and positive dream symbol.

The evil witch in the dream, however, does not necessarily have to refer to other people, but can also be a symbol of your own character. In this case the dream works as a kind of challenge to deal with own “witch shares”, so the own dark sides.

In terms of depth psychology, the witch’s dream image is interpreted as the expression of repressed fears or repressed contents of the unconscious, which have to be mastered through self-knowledge.