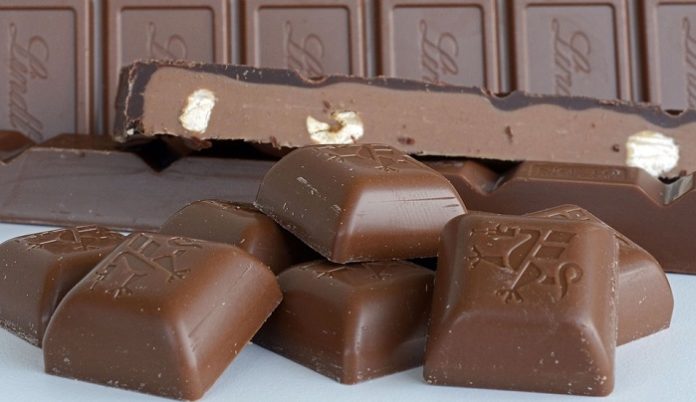 Her Majesty, the chocolate. This delicious sweet has been adored, enjoyed and used for centuries. There is hardly another treat more consumed around the world. Today, chocolate comes in many forms and in many different styles. There are vast empires of chocolate production that have been continuously improving their delicious products, from plain chocolate bars to extravagant luxury pralines and amazing expensive gift candy boxes. There is hardly a person who could resist its alluring taste and aroma.

However, there are so many popular myths and misguides considering chocolate, especially those associated with weight gain, certain health conditions and healthy nutrition in general. People love to eat chocolate, but are not quite sure is it good or bad for their organism, whether they should eat it as a desert only, is it good to eat if they try to lose weight, what sort of chocolate is the best, when to eat it and such; there are various other concerns and questions.

Her Majesty, the Chocolate

Theobroma Cacao, the main ingredient of chocolate is a Latin name for cocoa tree, the one that gives us that bitter, brown aromatic powder we use to make various chocolate sweets and recipes. It literally means the food of goods, after the ancient belief of Mayan civilization that tells us the story of their gods’ discovery of cocoa. Interestingly, Maya’s adored cocoa and have it as a very precious ingredient and food, but they actually never sweetened it. So, if you come up to information that the chocolate had been discovered by ancient South American civilizations, know it is not quite a truth story. They, however, had discovered coca, which became very popular in Europe, centuries after.

Nowadays, chocolate is considered superfood. However, it is extremely important to notice that not all sorts and variations of chocolate are equally healthy and beneficial. When we speak of amazing chocolicious properties, we think of pure, dark chocolate, with a good percentage of its most beneficial ingredient, the cocoa powder. It’s not that other types of chocolate are just junk and unhealthy, if you consume them wisely; they only do not provide the best of cocoa benefits and usually contain other, not so healthy substances within.

However, you may be surprised to hear that it is generally better to have a piece of milk or white chocolate before bed, instead of their much healthier relative, the dark one. Before we talk on that matter, let us first go through general chocolate effects on our body and health.

You’ve probably heard chocolate is a powerful aphrodisiac, brain stimulator and mood lifter. There have been many studies and researches upon the subject of chocolate health benefits.

All of them proved chocolate to be useful and good for our health; the things you need to worry about are amounts, of course, the type of chocolate, its additional ingredients, the time when you would eat it and such.

Here are some proven health benefits that you may not know.

Chocolate is considered a great and delicious remedy for regulating our blood pressure level. It naturally reduces it and makes you feel better, in addition. It is considered beneficial to our general cardiovascular health, as well. Studies have shown that some substances normally found in cocoa, polyphenoles in particular, affect the cholesterol level in a good way. They increase the level of good HDL cholesterol, which make harmful LDL cholesterol go lower. Thanks to flavanol content, cocoa also has a good effect on the nitric oxide level, which is extremely important for maintaining good vascular health.

This title would certainly relieve dark chocolate lovers’ concerns. Some studies have shown that regular consumption of dark chocolate actually regulates our appetite and make us eat less. The study compared the effect of milk and dark chocolate. The results showed lower calorie intake within the group that consumed milk chocolate. The possible reason for such results may be the casein effect in milk chocolate; it is found in milk and works in a way that make polyphenoles in that type of chocolate unavailable for our body to use them.

So, if you’re on a diet, it is recommended to eat dark chocolate, not milk or white one. There are also some popular diet plans that are based on a practice of eating high calorie food in the evening, including chocolate. According to creators, those nutrition plans activate metabolism in a way you actually burn more calories than eating low calorie evening meals. Whatever the weight loss results may be, it really doesn’t sound healthy.

Chocolate is known to modulate blood flow, thanks to high concentration of flavanols in cocoa powder. It reflects on our skin, making it smooth and fine and it also could reduce the bad effect of UV radiation.

According to researches, dark chocolate and the cocoa itself increases the density of skin tissue, keeps it moisturized and provides a great protection from sunburn. Once again, we speak of dark chocolate, with a good cocoa concentration level.

Could I benefit from eating chocolate before bed?

Those above are certainly good reason to keep chocolate on your menu. However, you could experience these benefits only if you eat pure dark chocolate, mending the amounts and frequency and lead a generally healthy lifestyle. If you do the same with milk or white chocolate, you won’t experience such benefits.

Moreover, frequent consumption of milk chocolate, flavored chocolate bars and various types of chocolicious treats would most probably cause you health problems, due to high sugar and fat contain in the first place, not to mention various not so friendly additions. That doesn’t mean you shouldn’t eat it at all, of course. On the other hand, it is interesting that, if you really want to eat chocolate before bed, it is actually better to opt for milk chocolate.

You could experience benefits of dark chocolate if you eat it in the evening, of course. However, you could experience some undesired side effects, such as sleep difficulties. There is a lot of speculation over the matter and neither experts nor common people are sure whether is the habit of eating dark chocolate at bedtime good or bad idea. One or two tiny pieces or even a row of regular chocolate bar surely won’t get you nightmares, but you could do serious disturbance to your sleep if you eat more than that. While some people claim a piece of dark chocolate does them good at bedtime, others complain of sleeping problems and bad dreams.

The thing is cocoa contains high level of theobromine and caffeine; both of them brain stimulants that would keep you awake. While those are useful if you have a serious mind work to do and they boost your energy, concentration and mood, having high levels of them at night might get you problems to fall asleep or keep sleeping. It’s quite an individual experience and there is no rule to make an unbreakable verdict.

While dark chocolate benefits your organism far more than milk or white one, it is not a good idea to eat it at bedtime. It is only about the concentration of substances you would benefit during daytime. Some studies have linked dark chocolate with having terrible nightmares. So, if you really crave for something chocolicious before you go to bed, it is better you have a tiny piece of milk or white chocolate. It is known that milk have a good effect on sleep, in general, so that might be another reason why these options are better.

Some mega popular reduction instant diet plans encourage eating chocolate before bed, claiming to have fantastic weight loss results. Researches have showed a bite of dark chocolate could boost your metabolism, making your body burn more calories and you lose weight. So, it is a two-sided blade, as you could conclude.

On the other hand, milk chocolate won’t keep you awake; if you don’t eat a whole block, of course. However, you really need to restrain yourself of eating too much of it. While a row of dark chocolate is often recommended to be included in your regular daily menu, it doesn’t apply to milk chocolate. Keep it occasional and in small amounts.

Hot chocolate is often considered a delicious sleep inducing warm bedtime drink. Well, it depends on the way it is made, its cocoa percentage and such. The opinions are quite divided, but there are still a numerous individuals who would swear hot cocoa brings them nice dreams and deep, good quality sleep. It could be beneficial, of course.

You already know warm milk is recommended as a bedtime, sleep-inducing drink. A cup of warm chocolate could be fine and beneficial, just mind the amount and the cocoa take in the drink.