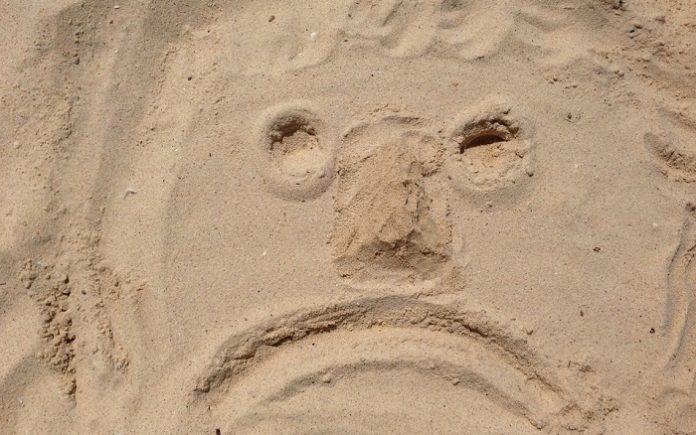 Everyone of us has experienced some bad things which we would rather eliminate from our memory and forget forever, but this isn’t possible since our memories form part of both conscious and unconscious mind.

However, although there isn’t a way to remove bad memories from our brains, there are some tips we can use to reduce their prominence and even to change our attitude towards them, that is, to modificate our feelings about them and make them more pleasant.

Let’s see how we can wipe out those upseting experiences from our minds and leave space for some more beautiful ones.

Are we actively participating in forgetting things?

A lot of research has been conducted so far in this field. In one of them, the researchers showed a pair of images to the participants and asked them to try to forget the first one from time to time in order to check whether such purposeful forgetting will interfere with later identifying the image of the same object, but this time followed by almost imperceptible “visual noise” or a scrambled image of that object.

Generally, after they saw the image the first time, most of the participants had no problem remembering that image when seeing it the second time, even when hidden behind a subtle “visual noise”. However, the task of identifying the object with the background noise wasn’t such a piece of cake when the participants had tried to suppress the first image.

When we try to wipe out something from our minds, we close the regions of the brain whose role is to make us see that thing and thus we prevent it from coming into the consciousness. Consequently, we have a harder time remembering that particular thing and especially detecting it when hidden behind some visual noise.

Moreover, some experts emphasize the importance of forgetting less prominent background aspects of bad memories. They may refer to smells and sounds of the events you wish they never happened. These experts suggest that the more you are trying to erase these minor aspects of the memories, the easier will be to forget them. For example, if you don’t want to remember an unpleasant conversation, you can just try to forget  the song playing in the background or something that was happening outside your window at the same time when you had that conversation.

There is a study that backs up this. Here the researchers observed several people aged 19 to 34 and gave them lists of words to study and at the same time showed them outdoor images of forests, beaches and mountains. Then the researchers asked the participants either to try to recall the words on the list or to forget them. During this process, the partcipants’ brains were scanned in order to follow what was happening in their brains during the experiment. The results revealed that when people intended to forget the words, they tried to wipe out thoughts having to do with the images they had been shown when studying the words.

However, the participants didn’t use this strategy while trying to remember words. What is more, when the people were asked to forget words, those who pushed away thoughts related to the images more successfully were faster at completing this task and they could remember less words later on. All this shows that this strategy is effective only in forgetting things, not in remembering them.

Can traumatic events be forgotten using this strategy as well? We will find it out soon.

Why are we prone to remembering bad things rather than the good ones?

Although all these findings may lead to the conclusion that it is possible to forget a traumatic event by actively trying to wipe it out of memory, scientists point out that it isn’t so simple as trying to forget an image, for instance. This cannot be done overnight because our emotions have some sort of role in it after all. When people recall some event that is very emotional for them, they can remember the details very well, especially those that can cause a negative emotional reaction.

For instance, if you are mugged, you are very likely to remember the gun pointed at you, while it is highly unlikely that you will remember what was going on around you at that moment or what the attacker was wearing.

From all this it’s totally clear that we are prone to remembering certain aspects of an event, and to forgetting others. According to the experts, the reason for this lies in the way our brains are structured. Our brains have a specific memory network that is activated when we have an emotional reaction. In such circumstances, the emotional circuitry in the brain turns on and provokes the processing of encoding of all the aspects that are relevant for such a reaction. That is, our brain narrowly focuses the attention on the triggers of emotional reactions, such as the gun from our example, while it neglects anything else.

When it comes to the events we perceive as emotionally positive, such as a wedding for instance, or emotionally neutral, like an ordinary day at work, they won’t enhance the brain to remember the finest details. So, we will probably recollect these events in equally good fashion.

There is an evolutonal background in the fact that we remember unpleasant events better that the pleasant ones. Our attention has always been focused on things that allow us to survive and to avoid being in danger. Going back to the previous example, you would probably be more interested in what the gun looks like and whether or not the attacker is going to use it than whether or not the attacker is wearing a jacket, what is going on around you, etc.

From all this we can see that it’s also possible to forget traumatic events, but with far more efforts than we would need to wipe out simple images or events that aren’t of such a significance for us.

Now we will see some practical advise for erasing unpleasant things and events from our minds.

What can you do to purposefully forget things and events?

First, you have to know precisely what you would like to erase from your memory. Think about the details of the thing or event you want to forget. Although this step may seem a bit difficult, it’s actually necessary. To do this, you’ll have to write the answers to the following questions: What happened? Who was involved in that? When and where did it happen? What was going on in the background? How did you feel?

Then, you must think about exactly what is the worst thing for you about the memory. Next step is to figure out the most unpleasant part of the memory. By doing this you will know exactly what you want to forget. Write down these specific things. Have in mind that although you can’t erase the existence of someone who caused you bad memories, you might be able to forget some particular things about them, like the smell of a perfume or something that person said to you.

Use a ritual release to erase the memory. A ritual release is a mental exercise that can help you forget unpleasant memories. To do this, you have to turn your memory into a mental snapshot and imagine it burning. Imagine the fire burning your memory picture until it’s gone.

Try to remove the objects that may trigger bad memory. Some objects and/or images might wake up memories that are painful for you and interfere with the process of forgetting. If you have such objects, put them somewhere out of sight or get rid of them.