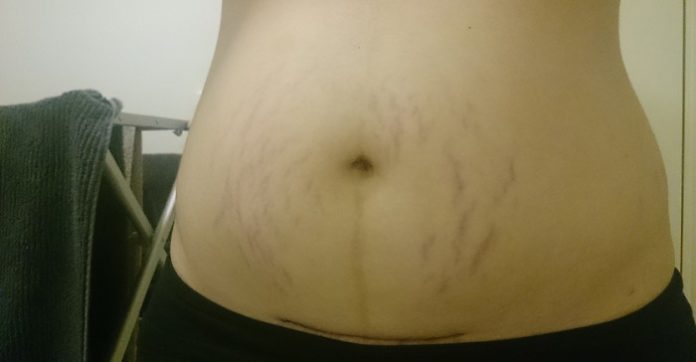 Perhaps, every woman has some excitation, when she realizes that she is going to be a mother. Pregnancy often brings about a number of changes to a woman body. If you are an expectant mother, then you are likely to notice growing bump, growth of hair in odd areas and many other symptoms.

However you may find some alterations, which are not expected and one of these is dark line that generally appears on the middle portion of the belly. This is line of pregnancy that is officially recognized as, linea nigra. Perhaps, you have detected such line on your abdomen earlier, but it is during pregnancy, when the line turns out to be more prominent.

To say specifically, the position of the dark colored line, linea nigra is between belly button and pelvic bone. The term- linea nigra is a Latin word, which means black line; however, in reality, it is not black in all cases. If you’ve found linea nigra, while not being pregnant, you need to understand that it is caused due to hormone, which rouses melanocytes of the body.

For most of the women, linea nigra is almost one centimeter in width, and it runs vertically from one point to another. Do not be concerned about the color of this pregnancy line because the lightness or darkness depends on your own skin tone. Linea nigra of those, who have fair skin complexion, may disappear within a short period, after the birth of a baby.

Now, let’s tell you that many women are concerned when they have the pregnancy line but not become pregnant. Here, some more interesting facts on linea nigra may clear all those doubts.

Causes of Linea Nigra other than pregnancy

Is there any reason to worry about linea nigra while not becoming pregnant?

The emergency of pregnancy line very often seems to be a cosmetic problem and there is nothing to be concerned because it is not much harmful. The discoloration appears to be only increased amount of melanin in skin cells or mere external stain. This melanin does not do something inside the body.

However, you may not to be worried about the line only when you cannot find out the cause of linea nigra. In most instances, those, who are not yet pregnant, PCOS and Addison’s disease, are the possible reasons behind it. Your doctor may tell you about the different cause, if you do not have the above problems.

While you’ve seen this linea nigra after taking some pregnancy-related drugs, you have no need to be alarmed. The good news is that you may reduce linea nigra as there are some ways, mentioned below.

Make use of cocoa butter that is unprocessed win order to get better outcomes. On the other hand, though cocoa butter cream seems to be little inexpensive and simpler to avail, they may not be as effective as the former one. No matter what you choose, only rub this product on skin every day.

A good way to apply vitamin E on your skin is by breaking a tablet and rubbing it on the area. It reduces the darkness of the part and assists to avoid stretch marks.

Dark parts of your skin can the result of folic acid deficiency. When you’ve linea nigra, you have to ensure that you are consuming foods, which have full of folic acid, such as fresh leafy veggies, oranges and cereals.

It is a natural skin lightening substance, which may lessen dark skin parts. It can often lead to irritation; thus, check a small part prior to using anything. Hydrogen peroxide may also work as lightener.

Always be careful while you go outside and come in contact with sun’s rays. So, keep the belly completely protected with the use of good-quality sunscreen with SPF value of 15.

From the overall discussion, you cannot keep away from linea nigra because this happens during pregnancy.

However, you are perhaps thinking- Does this linea nigra indicate the gender of your baby? There are different views about it; but all these are merely myths. Some say that this line runs to the base of rib cage, you may have a son, while if the line passes from pubic bone to end at button of belly. It does not matter whether you believe these facts because myths may do no harm to you.

But, remember, linea nigra may not be seen in all women’s belly though there is no wrong about it. To know more, you may consult your doctor, who is treating your pregnant condition.