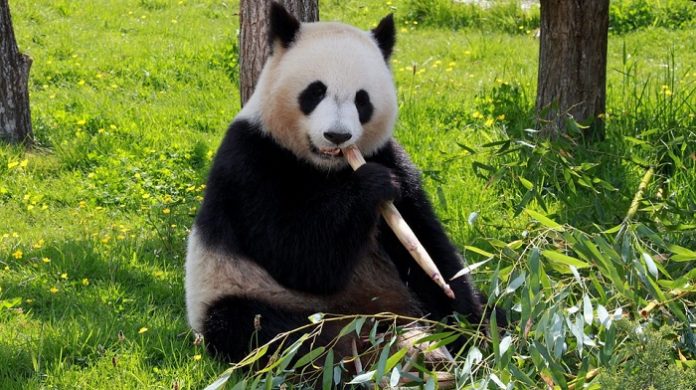 These adorable animals are more popular now than they ever were before. To the Eastern cultures, where their natural habitat is, pandas have been considered as important symbols of diplomacy, gratitude, observation and passivity. They are highly beloved animals and people simply enjoy watching them and being in their presence.

Panda bears inhabit central China and there aren’t many pandas in the world. Because of that fact, people consider them to be even more special and valuable and many organizations fight for their existence. Even though pandas aren’t native to other countries of the world, people fell in love with them the first time they saw them. Pandas belong to the endangered animals and many people are working on their preservation.

Panda symbolism is primarily linked to China, but other cultures adopted the panda symbolism as it was their own. They are international symbols of diplomacy and passiveness, but there are many other symbolic meanings you might not have heard of. So if you ever wondered what does panda mean, this is the perfect opportunity to find out.

Before we get into the panda symbolic meaning, it is good to know what a spirit animal or totem represents. Spirit animals guide us through life and give us strength to fight against difficult moments in life. We can easily recognize our spirit animal when we take a closer look at our surroundings and when we notice animals that are constantly around us.

There must be a particular animal that has followed you your entire live and was always near you. Our spirit animals come to us in our dreams and during meditation, so paying attention to these two elements is also important when you are trying to find out more about your spirit animal.

Totems are animals that we are born under and that lead us through life. We can see our own behavior and characteristics in these animals and connect with them on a more personal level. When we want to gather more strength and power, we call upon our totem animals to send us this precious help. No matter which animal is your totem animal, there is always something special and valuable about that animal that gets passed on to us.

As a spirit animal, panda can be best described by these words:

People guided by this spirit animal are very strong people even though they don’t put that out there as much as others do. They never attack first but if you attack them, they will defeat you with their kindness and grace. They are noble people who don’t like degrading others in order to bring themselves up. They understand how difficult it is to survive in the world, so they respect other people’s struggle and passion.

People guided by the panda spirit animal have strong values they respect. They will never lie or tell you something they don’t mean. This is simply not their style and they don’t like tricking others.

Pandas are also symbols of slowness and passivity. We can easily notice this when we look at them. People guided by this spirit animal are often slow and have very passive behaviors. This costs them a lot in life and they can miss out on many good opportunities because of that attitude.

Even though they don’t grab on to chances like others do, pandas still act when they believe it is necessary to act. They don’t like the feeling of being pushed into something, so they rather invest some time in thinking and the reaction comes after that.

When your spirit animal is panda, you are very grateful for everything you received in life. Respecting others for their work and dedication makes you a great friend and co-worker, who never go beyond the line to get something. You are happy with the things you have and you never envy others for what they have accomplished. You understand that the true happiness is inside of you and no material thing could ever make you happy if you are not.

Panda spirit animal has a strong will power and you are highly motivated when something interests you. No one can keep you apart from something if it really means the world to you, but also if you are not interested you have a very hard time finding motivation.

As totems, pandas are symbols of power that comes from the environment. You are a very sensitive person and you can sense negative energy when it is around you. Other people’s behavior is very important to you and you can feel when someone doesn’t like you.

Pandas are also symbols of solitude and you rather spend time with yourself. Recollecting your thoughts when you are alone is very important to you, so you often leave everything and return to your safe place.

You are very good at balancing things which makes you great at almost any kind of job. You know how to balance the work obligations and personal life, so that there is no harm on either side. Friends and family love you because you are a great advice giver and others come to you when it gets tough in life.

As a negative side, some might mention your desire to retreat from everything and spend some time alone. Even though others try to understand your desire to be alone, they also feel abandoned and take your desire for solitude as a betrayal. If you manage to express your feelings to other people and explain to them what solitude means to you, then you will be much happier in all of your relationships.

Panda symbolism is very important to the eastern countries. Chinese people worshipped pandas for hundreds of years and the symbolism of the panda bear got transferred to the rest of the world from there. With development of commerce and trade, other countries of the world got introduced to pandas and instantly fell in love with them.

To Chinese people, pandas are symbols of diplomacy, peace, harmony and friendship. Panda bears played an important role in Chinese culture and to the Chinese people they even had big importance in medicine. Pandas have a very playful nature so people enjoy spending time with them.

They love people and unlike other bear species they are not aggressive. Pandas simply rush to be cuddled and hugged, which gave people even more reasons to love them.

Pandas are also called “maoxing” which means a catlike bear. They gave the panda this nickname because it loves to be cuddled and petted, just like a big bear-like cat. The English word for panda came from French language. The first person who saw panda from the western countries, was the missionary P. A. David. People in Nepal used the word “nigalya-ponya” for pandas which means the bamboo eater. It is believed that P. A. David altered this name into “panda” which we still use today.

Because pandas are so rare and unique, they were considered as precious gifts that were often gifted to royalty. When you wanted to impress the king or a member of the royal family, you just needed to find a panda bear and gift it to them. This was considered as the ultimate symbol of respect and you couldn’t find a more valuable gift. Since pandas eat plants, or to be more specific bamboo, they became even more precious to us. They never attacked us which made them our friends. They became symbols of peace and diplomacy, and it was considered to be a crime and extremely bad luck to kill a panda.

The giant panda is the symbol of Ying-Yang. Besides the panda we all know, there is also one species of panda bear with red coat. Panda bears are endangered and highly protected by people. The reason why pandas are endangered is because they only inhabit one small part of our planet. Besides that, people often hunted for pandas because of their rarity. Their coat was considered to be precious and valuable, since there weren’t many panda bears in the world.

Their natural habitat is also endangered because of constant expansion of industry and cities. Many organizations today are fighting to keep pandas alive and to expand their small family. Pandas are important symbols of diplomacy and there is even a term “Panda diplomacy” in politics. China often gifts pandas to other countries as a symbol of peace and respect to these countries.

In popular culture, pandas are still symbols of friendship and peace. People often draw panda tattoos on their bodies in order to express some parts of their character through panda’s image. Pandas are often used as symbols on various products and many movies and TV shows use them as characters that are usually calm and gentle.

Dreams about pandas are usually positive. It can happen that some dreams have a negative meaning because of our reaction in the dream or because of other symbols that were present while dreaming about pandas.

If you had a dream about panda in general, this means you are in search for love and acceptance. Perhaps you are tired of being alone and you want to find someone who is going to be your lifelong partner.

When you had a dream about a dead panda, this means you are about to encounter some difficult problems. Things in your life are about to take the turn for the worse, so buckle up and prepare to fight against everything that is about to appear on your path.

If the panda in your dream was speaking, it is good to listen to the message it is telling you. This could be an important piece of advice you need to know, so try to go back to your dream and remember what the panda said. If you didn’t hear anything and you just saw it speaking, this means someone gave you a good piece of advice and you should take it seriously.

Panda symbolism might have been created by the Eastern parts of the world, but it is now an important symbolism all around the globe. People fell in love with these cuddly creatures and embraced their kindness with joy.

We try our best to save them and expand their natural habitat, and they certainly repay us with their kindness and love. Panda bears are universal symbols of peace, friendship and harmony and their symbolism can only expand and win over more people’s hearts in the future.