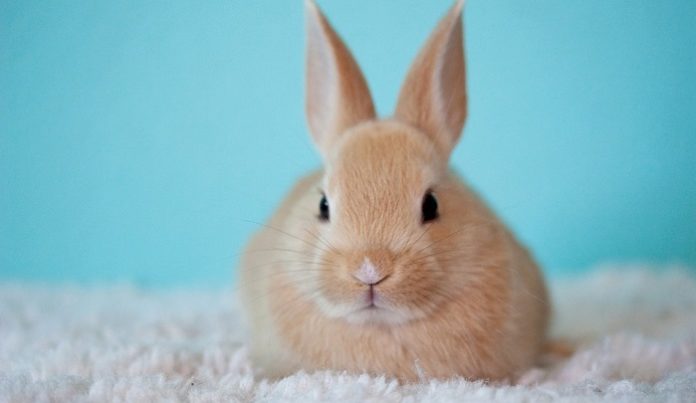 Rabbit symbolism is one of the most interesting and well-known symbolisms. Rabbits are small mammals that live in large parts of our areas and almost every person knows how this animal looks. These fluffy animals melt our hearts when we see them no matter how old we are. We even keep them as pets and give them more attention than ever before. There are many beloved TV and cartoon characters that are represented with rabbits. We fell in love with them as children and we still have this love towards them.

Animal symbolism helps us to learn more about ourselves but also about animals. We get to see the way ancient cultures saw certain animals and what their relationship was like. In times when people relied on animals and nature to feed them, we had a much closer relationship with animals. We looked at them as gods and had a healthy dose of fear of nature.

Today, we are much more distant from nature from which we all came but the symbolism of animals still continues to live. We respect animals in different ways, even though it is hard to maintain a close relationship with the progress that is happening in the world.

Rabbits are especially beloved by humans because they are fluffy and gentle animals, that bond well with people. Their kind nature makes us love them even more, and their symbolism is something we are all more or less aware of. If you ever wanted to learn more about rabbit symbolism, this is your chance.

To determine your spirit animal, simply remember your life and think about animals that were often around you, following your every step. You should even feel a strange connection to a certain animal, if this animal is your spirit animal.

Totems are animals we are born with and they follow us throughout life. No matter how old we are, we keep learning about our character and our actions change over the years.

Animal behavior might be simpler than ours, in a way, but if we look closer at our behavior we might not be that different than animals. We are still guided by our inner voices and impulses, and we can’t escape from our true self. Totem animals can be called upon in moments when we need support and guidance, which is what our ancestors used to do centuries ago to try and protect them.

As a spirit animal, rabbit is best described with these words:

People guided by the rabbit spirit animal are kind and gentle people who have a lot to offer to the world. They are usually beloved by friends and family and even with strangers. Their language is always the one of kindness and generosity, which makes them a true gift. They are mild people who don’t like to interfere with other people’s business, unless there is something related to them.

People guided by the rabbit spirit animal love spending time with their families. They love having a lot of children, and their families are usually exceptionally large. The best times are the ones they spend surrounded by friends and family members, even though the entire world is out there to explore.

These people don’t like travelling or big changes. Their only goal is to achieve happiness while they are close to their family members, and their desires are not extravagant. Even though they don’t sound too interesting at first, don’t be mistaken. They are extremely intelligent and can offer a lot to the table. The only thing you have to do is to break their outside shell and make them beat their shyness.

They won’t open up to you at first, especially if you just met them. They are careful with strangers and you won’t catch them laughing loud at parties. They carefully analyze their surroundings and evaluate their next step. This makes them excel in jobs such as banking, accounting and everything that requires meticulousness and focus.

They also have a great talent to predict what is going to happen next. This is something they manage to do thanks to their awareness and ability to concentrate on their surroundings. As a negative characteristic, some might mention their shyness and inability to say what they mean loud and clear. This is particularly hard in relationships and with people they don’t know that well.

Sometimes they hurt others by not being clear enough or by being too gentle, but most times they end up being hurt. If your spirit animal is rabbit, then now you know your positive and negative sides, so use them in your advantage.

Like I mentioned earlier, totems are something we are born with. When your totem is rabbit, then you are a kind and gentle person but you are also hard-working and dedicated. People often take you for granted because they are unaware of your skills and talents. If you learn how to speak your mind and tell others what you really think, there is no limit for you.

You are also a family-oriented person and you don’t like sailing o adventures. The closer you are to home the better you will feel. There is no need to go out and wonder in unfamiliar places, when you have your whole world under your roof. You adore children and you will have as many as possible. You see your future in them and they are your inspiration.

Some might call you shy and insecure, but in reality you are simply a very careful person and you don’t like exposing your cards straight away. It is always better to wait and think about your words, because once you do or say something it is too late.

Rabbits have been synonyms for speed and fertility. Civilizations around the world had their own depictions of rabbits and their symbolism. To some, they were symbols of positive energy and fertility and to others they weren’t such positive symbols after all. Rabbits are best known for their speed and gentleness. They are not animals that stand up to others and fight. This is simply because their bodies are not built for fighting, therefore they run instead of looking at their opponents eyes.

In ancient Egypt, the rabbit was the symbol of God Tota. It also represented dawn, creation, and a new beginning. In Buddhism rabbits represented a complete sacrifice of a human being. From all this it is easy to conclude that the rabbit is universally connected with the Moon, and therefore it was often linked to the lunar deities.

Also, the rabbit is often depicted in Christianity, where apart from the universal symbolism of – fertility and lust, it is also a symbol of rebirth. When we consider the fact that the rabbit is linked to the spring, it is easy to make the connection between rabbits and Easter.

In the Eastern cultures, the rabbit is a sign of longevity and happiness, and the fourth sign of the Chinese zodiac belongs to rabbits. People born under the sign of rabbit are outstanding diplomats, communicative, sophisticated and compassionate people, although sometimes they can show the other, strange and cunning side of their personality.

The rabbit in dreams usually indicates that we can expect pleasant moments in our family circle, but it can also represent newborns or coming back home. Psychologically speaking, the rabbit (apart from the traditional connection with cowardice) is not linked to particularly negative traits, therefore in our dreams, the worst symbolism is the unnecessary fear. However, if you want to bring some luck into your life, you can always rely on a proven efficiency of the rabbit’s paw. There are many cultures in which this charm is considered to be a symbol of progress.

Happiness, working, abundance, family, life in harmony, faith, but also caution and quick response in unexpected circumstances are probably the most common symbolic meanings attributed to this lovely animal. Often we find them in fairy tales as cunning advisors who can, lead us to the land of miracles (like in Alice in Wonderland), but also make us smile like Bugs Bunny.

Perhaps this is why the rabbit is an increasingly popular pet, which (experts say) with its presence reduces tension and calms nerves to its owner. Color is of course irrelevant, because the rabbit was black or white, it seems that he always shares happiness with people!

Dreams about rabbits can have positive and negative meanings. Sometimes objects and emotions that are also present in our dream can influence the interpretation and make it into something completely different.

Seeing a rabbit – If you saw a rabbit in your dream, this means you are going to have a lot of luck in the upcoming period. Things will start to look much better for you, so prepare to enjoy life like never before.

Several rabbits – If you saw many rabbits in your dream, then your children or close relatives are about to do something extraordinary. Perhaps they will get a promotion or do something completely amazing in their lives, and you will be very proud.

White rabbit – White rabbit meaning in your dream is devotion. You have a lot of people around you who love and support you, so this dream might be a warning sign to pay more attention to them and to show them how much they mean to you.

Rabbit symbolism is definitely one of the most popular ones. Rabbits have been our helpers and we owe them a lot for everything they have given us. Rabbit symbolism is widely spread around the world and even if you don’t like rabbits, you at least know something about their symolic meaning.

Some cultures are even tied to rabbit symbolism through religion and will continue to link rabbits to something that is sacred and important or them. Whether you wear a rabbit’s foot charm to call upon luck or you simply love animated rabbit characters, there is no doubt that rabbit symbolism is still relevant today.