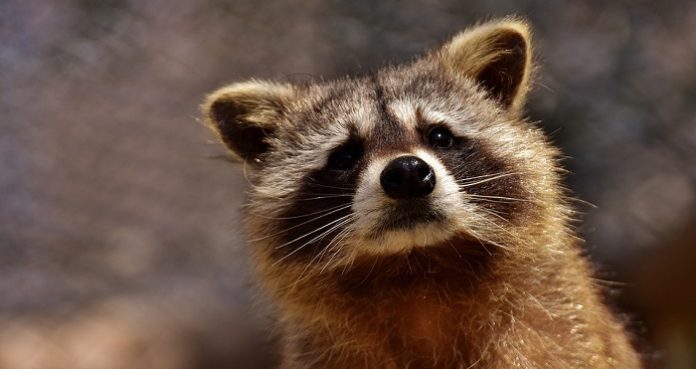 The raccoon is a middle sized mammal that is native to the North American continent. They belong to the family of Procyon lotor and we recognize them because of their peculiar eyes. Raccoons can endure extreme living situations and they are considered to be extremely intelligent animals. Some studies even showed that raccoons can remember solutions to tasks that are few years old.

Since raccoons are native to the North American continent, their symbolism was created by the people who are native to this part of the world. Symbolic meaning of a raccoon is usually the same, but there are some variations to the stories about raccoons. Raccoons play an important role as spirit animals and totems and ancient people believed in their powerful abilities.

Spirit animals and totems help us understand our character better and open our eyes to the world. When you know which animal is your spirit animal, you can learn more about yourself and your behavior. Our ancestors believed in these mystical powers that animals possess and were always guided by their energy.

We can even see into our future by learning more about our character and our behavior, since we will be able to predict our actions and thoughts.

As a spirit animal, a raccoon is best described by these words:

People guided or protected by the raccoon spirit animal are, without a doubt, brave. Their courage can’t be measured by anything and they sometimes even put themselves in danger in order to find an answer to their question. The raccoon spirit animal is an interesting one and you will definitely remember the person with this spirit animal. If your spirit animal is a raccoon, then you are always on some sort of quest and you are always exploring new concepts. Life would be boring without you and you clever ways. People enjoy spending time with you because there is always something going on when you are around.

Unlike other people, you like to put yourself out there and be noticed. It is certain that you are confident and nothing can mess with your self-assurance. Being so confident in yourself is a true gift and you can achieve almost anything in your life when you believe in your skills. People often criticize you for being so open and adventurous, because they are scared you might do something bad to yourself.

Another trait of yours is socializing. You genuinely enjoy spending time with other people and sharing new ideas. You are not afraid to approach someone and start a conversation. No matter which topic you choose, there is always an interesting story to tell regarding that subject. Others enjoy your company and can’t wait to hear another fun story you have in your sleeve. Because of you confidence, you can adapt to almost any social group and find a common ground.

You tend to fall for more mysterious and not so adventurous people, when it comes to love. Since you are so open and outgoing, you love talking to someone who is not the same as you are. When you find someone a little bit more introvert, you can see from another point of view and look at life in a different way.

People guided by this spirit animal or totem tend to be secretive when necessary. They are extremely intelligent and know when it is better to keep the mouth closed and when to speak. You will cleverly hide a good idea that you have, and wait for the right moment to realize this plan. This way, no one can be one step ahead of you or steal something from you.

As a negative characteristic, people tend to be scared from you. They never know what you are up to and what your next move in life is. Without a doubt you are always one step ahead of everybody else and they can’t do anything about it. No matter how annoying that might seem to them, you are definitely going to outsmart them.

Overall, people guided by this spirit animal or totem are confident, clever people who are not afraid of life. They grab things with great certainty no matter what kind of challenge life is going to bring them. If you can keep up with them, you will have a friend or a partner with whom you will experience unforgettable moments.

The raccoon symbolism was created for centuries by native people of North America. This mammal inhabits only this part of the world and because of this, the rest of the world was deprived of its fun character. The raccoon symbolism was often mentioned in myths and stories of the indigenous people of Americas. Folk tales are full of raccoon stories, and in most of them they are portrayed as tricksters. The natives were impressed by the skills that raccoon has and how he can survive almost any living condition.

Our ancestors noticed raccoon’s intelligence a long time ago and always considered them smarter than other animals in the forest. Dakota Sioux believed that raccoons had spiritual powers and would often paint their faces in order to resemble raccoons. This was supposed to connect them with the spiritual world and bring them closer to the Great Spirit. Aztecs saw raccoons as mother figures since they always had a strong connection with their young. They saw them as strong women and worshipped their female spiritual power.

The raccoon art is very popular in Native American culture and it has a very broad geographic range. Some of the first petroglyphs with raccoon images were found in Texas in Lewis Canyon. Other examples are the ones in the Grayson County and Kentucky. A small figurine of a raccoon made out of quartz was found near the Scioto River. The meaning of a Raccoon Priests Gorget, that was found in the Spiro Mounds in Oklahoma, is still unknown.

Raccoon became a very popular character especially in children’s stories and books. His courageous and sometimes tricky behavior was very interesting for children, therefore he appeared in many TV shows and was the main character in many children’s books. One example is the Sterling North’s “Rascal”. Another more recent character that captured sympathies from people around the globe, is the character of the raccoon from the Guardians of The Galaxy movie.

The raccoon symbolism was highly influenced by its behavior, since this was the only way our ancestors got to know the world around them. The raccoon behavior is very interesting and definitely unique. This is something our ancestors noticed early on and created the symbolism of this animal around it.

Besides being portrayed as a trickster, raccoon was also considered to be a powerful and intelligent animal that had the ability to outsmart all of his opponents. Because of this, he was often used in rituals and religious ceremonies as a symbol and connection to the spiritual world.

Dreams about raccoons are definitely interesting. Sometimes they can bring us good news, while other times they mean nothing but bad news. To interpret a dream correctly, you have to take all of the details inside the dream into consideration. Each detail has its own significance and can add something new to the dream interpretation. The way the raccoon acted and how you felt about seeing this animal in your dream is an important factor. This factor can influence the entire dream meaning and make something completely different out of it.

If you had a dream about being a raccoon, then you have the tendency to wear a mask in public. You rarely show others your true self, because you are afraid how they are going to see you. Dreams like this can also be representations of your desire to be less sneaky in life. Maybe you tend to act overly defensive when it comes to other people. You don’t trust anyone and there is no reason why you shouldn’t protect yourself from the bad in the world.

If a raccoon was in your trash, picking through it, then you are not focusing on important things in life. There is an area in your life that is neglected and you need to pay more attention to it. Something you have forgotten about could be much more important than you think, and you are being warned by this dream to act in time. If you saw your trash all the way across the lawn then you are the type of person who always puts problems under the rug. There is simply never enough time to handle certain important things and you will continue to ignore them until something bad happens.

When you had a dream about a raccoon attacking you, this dream means you have an enemy in your life that is ready to attack. This person wants to see you fail in everything you do and you need to be careful about your actions. Everything you say or do can be used in the attack this person is planning for you. Therefore, don’t give out any valuable information about yourself and make smart decisions.

The raccoons are interesting animals that captured our attention centuries ago. This animal had and still has an important symbolic meaning in many cultures. Symbolism of this animal was created on the American continent and therefore everything related to raccoon symbolism came from the native people of these areas. Their cultural influence was enormous, and we have to be thankful to them for what we know about raccoons.

As spirit animals, raccoons are symbols of intelligence, curiosity and courage. Everyone guided by this spirit animal are bound to be brave in life and fearless no matter what happens. In their eyes there are no boundaries and nothing will stand on their way to the goal.  Your best quality is your ability to experience and see the world without any fear.