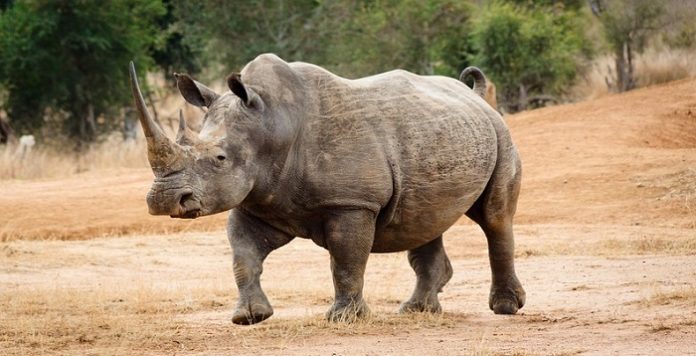 Rhino is a large mammal that lives in the African continent and some species inhabit the Southern Asia. This unicorn-like mammal is highly valued because of its rarity and unique appearance.

Rhinoceros belongs to the Rhinocerotidae family. Due to high value of its horn, rhinos have become endangered and people keep limiting their natural habitat.

Symbolism of the rhino has been created by the nations and cultures that live in Asia and Africa, while the rest of the world joined on and accepted the symbolism that was already created.

Spirit animals are good representation of our character and personalities. They show us how we behave when we are provoked to show our honest actions and thoughts.

Animals do everything in order to survive and their actions are pure and usually unconsciousness.

Unlike humans, animal characteristics are pure and natural, but we can express those same emotions in some cases. Totems protect us and guide us through life with their mystical energy.

As a totem rhino can be best described by these words:

People born under this totem are agile and strong. They are not only capable to endure hard living situations, they can also endure difficult psychological issues. Their desire to fight and stand their ground is much stronger and determined than in any other person.

Being so prepared to endure everything that comes your way is an extraordinary thing to do. If you feel comfortable fighting against problems and you don’t feel stressed at all, then you are a true fighter and strong character.

If your spirit animal is rhino then you are extremely wise person. People come to you for advice and listen to everything you have to say. Wisdom you gathered is somewhat based on previous experiences and other part is simply your own intelligence and wisdom. Having so many people come to you is a big responsibility and you need to handle everyone’s problem with special care.

When your spirit animal is a rhino, then you are a solitary person. You don’t like having too many people around you and you avoid spending too much time in company of others. You don’t hate human contact, but you simply crave it much less than other people.

When you begin to feel too overwhelmed by other people’s presence, you choose to be alone for a while to gather your thoughts and feelings.

Rhino’s horn is highly valued on international black markets. Craze for rhino’s horn began a long time ago and people never stopped trading rhino horns even today. In Chinese culture, rhinos are considered as highly appreciated animals and there are even two letters or writing symbols to spell the rhino as an animal. One of the first artistic representations is the rhino bronze zun wine vessel that is located in Shandong.

Another wine vessel that was discovered in 1963, dates back to 206BC and it is considered to be one of the most realistic rhino art examples in the world. Royal families used the rhino skin as armor, and because of this there are only small amount of rhinos left on our planet. Rhino horn was used to make bowls and jewelry, because the material of the horn was very strong and resistant. Some examples of the jewelry and dishes date back to 122BC.

African continent is rich in rhino art and objects that were made to resemble rhinos.

Besides being respected for its size and strength, rhino was respected as a symbol of uniqueness and stability. African tribes worshipped rhinos as one of the few food sources that kept them alive for centuries.

Dreams hide many messages that we can only interpret if we look closely at all of the signs. It is important to remember as much as you can about a dream, because your interpretation is going to be much more accurate if you manage to do that.

If you saw a rhino in your dream, this means you have an enemy in your life. There is someone, possibly close to you, who is prepared to betray you in the worst possible way.

Be careful what kind of information you are sharing with others, because there is a good chance they might use this in their advantage.

If a rhino crossed your path in the dream, you are about to receive an amazing opportunity that you shouldn’t miss out on. This opportunity is going to bring a lot of positivity into your life and make you even happier than you are now.

If you were attacked by a rhino in your dream, you will encounter some problems in your life. These problems won’t be something you can’t deal with, but the sooner you start working on them, the better it will be for you.

If you caught a rhino horn in your dream, then you can expect a lot of luck in life. Things are going to start becoming much more positive and better for you in every sense of the word. Use this period wisely in your advantage and make progress in life.

Rhino symbolism is widely based on its appearance and behavior. We can notice that from the characteristics of a rhino totem and spirit animal. As a symbol of strength, honesty and wisdom, rhino is a highly appreciated animal in Asia and Africa.

People who lived there shaped the image we have about rhinos today, and the fact that the rhino and his habitat are now endangered, we have one more reason to protect this beautiful animal.