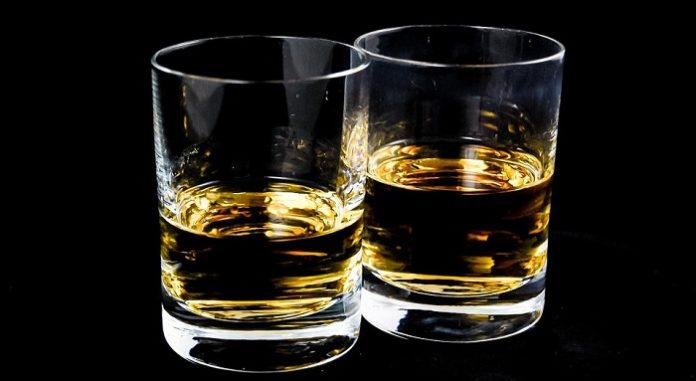 We all know that alcoholic drinks may be dangerous if consumed in large amounts. In low doses alcohol may cause euphoria and reduce anxiety, while in high doses it may cause intoxication and also unconsciousness. Have you ever vomited after drinking alcohol? Have you ever wondered why it happens and how you can prevent it?

In this article we will tell you something more about throwing up after drinking. You will find out the causes of this unpleasant condition and we will also tell you what to do if you are already drunk. If you also love drinking alcoholic beverages, this article will be useful for you, so let’s start.

Why Do You Throw Up After Drinking?

It is believed that there is a vomiting centar in the brain. It is a place which helps you know when it is time to get rid of whatever you have been putting into your body. The signals are coming from the brain itself or from the stomach and intestines.

Also, the signals may come from ears or bloodstream. All these signals are warning you that you should get rid of something bad that has gotten into your body.

What Is Alcohol Poisoning?

One of the most common causes of vomiting is alcohol. As we have already said, a human body can recognize when it is exposed to a toxic level of alcohol. It usually happens the morning after drinking, when the body has had enough time to absorb the quantity of alcohol that has been ingested. And why do you throw up after drinking? Well, this is the natural protection mechanism of your body because your body will automatically reject all substances that may be poisonous. Large quantities of alcohol are always poisonous and they must be excreted from the body.

When you are vomiting after drinking alcohol, then it may be an alcohol poisoning. It is usually accompained by blood, irregular breathing or seizures. In this case it is necessary to seek a medical help. But, in some cases throwing up is only a warning for your body to wise up. It is known that long-term use of alcoholic drinks may lead to alcoholism, physical dependence or alcoholic abuse.

How To Prevent Throwing Up After Drinking?

If you want to prevent throwing up after being drunk, it is best to eat enough food before drinking. This way you will slow the absorption of alcohol and you will avoid peaking your blood alcohol level.

But, the most important thing is to know your own limits in drinking alcohol. If you have been drinking too much alcohol, you will certainly throw up, even if you have eaten enough food.

What To Do If You Are Already Drunk?

If you surpass your own limits, it is impossible to prevent throwing up.There is not a magical remedy for vomiting after drinking. But there are several methods that may help you feel better after drinking too much alcohol. These methods may stop excessive vomiting, so let’s see. Relaxation is the most important in such cases. It is recommended to put a cool and damp cloth on your forehead and to sleep.

After sleeping you should take a shower or bath in order to freshen up both your body and your brain. A cup of black coffee after sleeping will also help you regain your mental alertness. It is best to relax your mind and not to think about the previous night. A short walk around the park will also help you feel better. Experts recommend drinking lemon water after alcoholic drinks. It will make you feel better. Acupuncture is also one of the methods that may be useful in this situation.

We hope this article has been interesting and useful for you. You have seen why you throw up after drinking alcoholic drinks and what you can do to avoid vomiting or to feel better after it.

As we have already said, it is best to drink alcohol in moderation, in order to prevent vomiting and other side effects. If you know your own limits in drinking alcoholic beverages, you will not throw up. We are sure that you will be careful after reading this article and that you won’t drink too much alcohol.