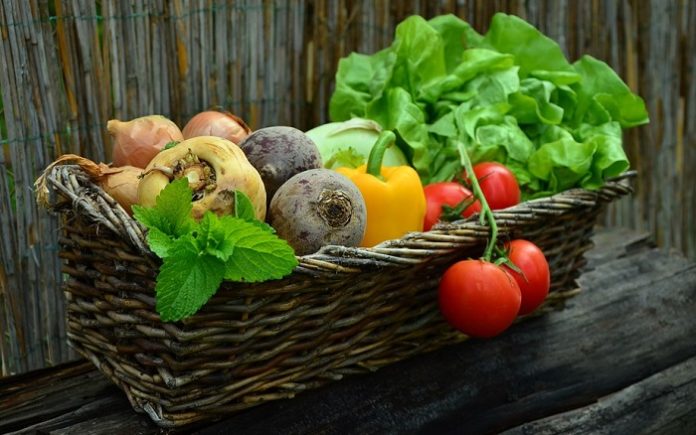 What they may not have known is that many of the plants mentioned in the Bible are hardy and grow beautifully in our gardens.

Through the Holy Scriptures, stories about the most diverse plant species run like a thread. In the Old and New Testaments, there are not only rites, feasts, or commandments directly related to plants. You can even get them horticultural information: “Learn something from the comparison with the fig tree! As soon as its branches become juicy and leafy, you know that summer is near.” (Matthew 24, 32 – 33) Following is a small selection of the many plants that appear in the Bible, discussed in more detail.

Plants in the Bible are the plants that grow in the Middle East, especially in the territory of the ancient kingdom of Israel, and are mentioned in the Bible. Of the approximately 2,600 plant species native to Israel, about 110 are mentioned, though the exact purpose must remain patchy for a variety of reasons.

Most of the plants found in the Bible are of great importance to the people of that time, whether as food, building materials, for ritual purposes, or as a remedy. From their mention one can therefore also conclude on the culture and way of life of the people of Israel in the Biblical times.

The countries spoken of in the Bible range from Iran to Italy and from Egypt to Greece. However, most of the major historical events reported in the Bible were played out in that small stretch of land between the Mediterranean Sea and the deserts of the Arabian Peninsula, now called Palestine. This landscape is part of the “fertile crescent”, which extends accurately to Mesopotamia and is one of the oldest settlement areas of humanity.

The large number of different plant communities in a relatively small area is due to the very varied topography and the increasingly dry and hot climate from north to south.

Most people lived in the biblical times of agriculture. The first sedentary cultures developed agriculture 10,000 years ago in the areas that were suitable, for example, near waters where irrigation of the fields was possible. In the more humid areas of Israel, forests were also cleared, terraces were built on the mountain slopes, which should reduce the constant erosion in the rainy season. In the drier steppe and shrub savannah, on the other hand, mainly herds of sheep and goats were kept, which were looked after by migrant herders and grazed large areas.

Since the daily life was dominated by the agriculture, appear in the biblical texts many terms, which have to do with sowing, harvest, maturation, irrigation, animal husbandry and slaughter. Striking are also the clear botanical terms for the individual plant parts.

The seven plants of the Holy Land

Especially the “seven species” of wheat, barley, wine, fig, pomegranate, olive and date, which the children of Israel found after a long search in the Promised Land, are of particular importance in the Bible. They were considered an expression of the blessing of God.

It is not really surprising when four of the seven plants that promise well-being are trees. They provide shade in the dry and hot region. Their roots hold the ground and bind the groundwater. In many ways, they still benefit man today, mostly through their fruits.

The olive tree (Olea europaea), or olive tree, is the most significant and symbolic tree in the Bible. To this day, it is a symbol of peace, new life and hope. Its fruits are used for food and oil production. In the past, olive oil was used in sound lamps as a light source. But also as an anointing oil for kings, priests and prophets and as an offering in worship, olive oil played a role in biblical times.

The pomegranate (Punica granatum) is mentioned as a particularly beautiful and useful plant in the Bible several times. He is due to its seed wealth for fertility, but also for beauty, love and loveliness. In addition to tasty fruits (not related to our apple), pomegranate must was enjoyed in the past.

The date palm (Phoenix dactylifera) is the most important food and raw material supplier for the desert peoples. It is a symbol of sincerity, righteousness, holiness and resurrection. The trees are used by the people completely: The large leaf fronds are used for roofing and festivals, the fibers as ropes, the wood as a building material and the sweet fruits as food.

Vegetables are part of a varied diet. Thanks to global trade and modern techniques that allow us to grow vegetables far from their climatic home, we can choose from a plethora of varieties virtually all year round. Local vegetables are still very popular, especially cabbage, potatoes, onions, artichokes, celery, tomatoes and carrots.

Some vegetables are still eaten today at a certain time of the year. What would a spring be without the noble asparagus, a winter without hearty green cabbage stew? If vegetables used to be cooked for a very long time in order to kill any germs, or if they were boiled for storage, they are now eaten only slightly steamed or as raw food.

If someone dreams of vegetables, they may actually have a need for certain vitamins. The appetite for the corresponding vegetables sets in the dream. Possibly it is also about herbal food, which the dreamer does not like at all, maybe he even disgusts. Important for the interpretation of dreams is the action with which the vegetables are related, but also the variety.

Just like fruits, the dream symbol “vegetables” stands for sexual needs, but also for success and positive developments. In the dream interpretation, however, it depends on which vegetables are in detail. The consumption or cultivation of vegetables, which puffs, reflects in the dream sometimes a physical or mental upset. If the dream symbol “vegetables” is cooked too long by the dreaming, so that in the end it is only mush, it indicates a disturbed behavior in the problem solving. One is focused too long and too hard on a difficulty or on the partner, which seems overwhelming for this. The dreaming should be aware of these circumstances and try to change something about it.

If, for example, you eat garlic, onions or other varieties that have a strong influence on the breath in your dream, the dream symbol announces a quarrel. Perhaps a friend or acquaintance of the dreaming unintentionally learns something that hurts him. While cucumber, asparagus and carrot are regarded as phallic symbols due to their shape, cabbage represents simplicity, spinach health and salad stands for the beginning. Beans and peas announce in the dream revenue and profits.

The dream symbol “vegetables” is in the interpretation of dreams in connection with natural food and the question, according to which the dreaming is starving. In spiritual terms, it is a symbol of the spiritual creative power of the dreaming.

On the one hand, vegetables symbolize vitality, nutrition and health, on the other hand it also stands for eventfulness and boredom. Damned to motionlessness it vegetates like all plants in front of him. In dream interpretation, the dream symbol often reflects elemental feelings. A sexual reference is also obvious: The shape of some vegetables can be assigned to the female or the male sex organ. If such vegetables are grown in a dream, the unconscious desire for sexual fulfillment is revealed.

The consumption or cultivation of vegetables, which puffs, reflects in the dream sometimes a physical or mental upset. If the dream symbol “vegetables” is cooked too long by the dreaming, so that in the end it is only mush, it indicates a disturbed behavior in the problem solving. One is focused too long and too hard on a difficulty or on the partner, which seems overwhelming for this. The dreaming should be aware of these circumstances and try to change something about it.

The dream symbol “vegetables” is in the interpretation of dreams in connection with natural food and the question, according to which the dreaming is starving. In spiritual terms, it is a symbol of the spiritual creative power of the dreaming.