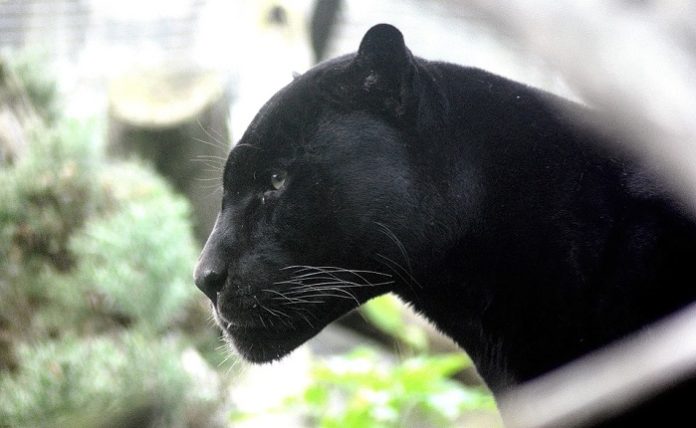 Panthers are beautiful but dangerous creatures. They inhabit only small portions of our planet and can’t be found in most places in the world. They belong to the Panthera species and are in general large cats.

These beautiful cats are often associated with power, strength but also negativity. They are not by nature any worse than any other predators, but their black fur gives them an even more sinister appearance.

Black panthers can be found in Asia and Africa, and are actually one sort of leopards and jaguars but with a different fur color. Panthers are very powerful symbols in art and literature and can be used to represent various things.

Sometimes things they are representing are more positive and other times they are negative. Cultures that shaped the symbolism behind black panthers all gave something special to this symbolism and made it unique to this particular culture.

Animal symbolism in general is quite interesting and can be used to learn more about our character and about the world that is surrounding us. Animals teach us how to be true to our inner desires and wants, and how to persevere through some hard moments in life.

Spirit animals and totems are often considered to be the same thing, but there are some unique differences that set them apart. Spirit animal guides you in life and helps you get to know your life path much better. The spirit animal can be easily determined by looking back on your life and figuring out which animal was near you, everywhere you went.

Also, try to figure out to which animal you had a very close connection and felt as if though this animal is your secret guiding force in life.

Totems on the other hand are better representations of our characters and things we do. Ancient tribes had special rituals and dances that were used to attract totem animal’s powers, so they can persevere though some hard moments. Totem animal is determined by your birth date and every person has its own totem animal.

As a spirit animal, Black Panther is best described by these words:

People guided by this spirit animal are very powerful and strong. This is something that can be seen the first time you meet a person guided by this powerful animal. They carry themselves much differently than other people and don’t allow anyone to tell them what to do.

People guided by the Black Panther spirit animal are also very cunning. They can trick you into thinking something without even trying too hard. Their intellect is very superior and they can easily sense what the other person is thinking or desiring. This makes them extremely dangerous for everyone who is their enemy, and they should always be on the watch when it comes to “black panther” people.

Black Panther is also a symbol of ambition. When this is your spirit animal, you love setting your goals high and achieving them. No matter what these goals are, you are prepared to take the risk and make them happen. Sometimes other people see you as silly and unrealistic, but the truth is you always surprise them with your abilities.

Other easily notice you for your energy as well. You are full of energy that is simply bursting out of you and this is something you can’t control. Your friends love spending time with you because you make them feel good. Your optimism and positive energy are what drives you in life and you never let others get you in a bad mood.

As a totem animal, Black Panther symbolizes natural understanding of life. You are someone who is deeply in touch with your inner voices and thoughts. You see the way life goes and how things develop. It is not hard to understand your advice and many people come to you for that exact reason. The advice you give is priceless and possibly even life-changing.

Panther symbolizes curiousness as well. Noticing everything and reacting only when necessary is your policy. While others rush to judgment, you tend to lay low and wait for the things to develop and enroll. You are also guided by deep passions. These passions need to expressed, and you might have a hard time controlling your passion at times. When it comes to sudden outbursts, you are mostly able to keep them in control but there are moments when you break the rules and burst.

Panther also symbolizes silence and learning from it. The most powerful thing you can do in some difficult moments in life is to keep silent. This is one of your powers and if you learn to use it in your advantage there is no limit to what you can achieve in life.

Black Panther is a very powerful symbol in art and literature, and has been that way for centuries. The fear and respect for this animal comes from its dangerous and predatory nature. People were afraid of the Black Panther, because they feared for their lives but they also felt respect because of their beauty and elegance.

In Europe, black panthers can be found on tombstones and monuments. In Austrian state Styria, the Black Panther symbolized power and strength. The armies of Otokar III and Carinthian Duke Spanheim, had black panthers on their coats of arms. These armies spread fear and power across Europe so their choice for the symbol was not surprising. In Australia, the Black Panther was included in one very popular legend. They call this animal the phantom panther and according to stories, it has been spotted several times. This animal supposedly caused trouble for the locals and they fear this animal like the devil itself. This only shows the way this beautiful but dangerous animal is perceived and seen by people.

During the times of the Roman Empire, Black Panther was often used on tombstones and monuments as a representation of death and power. They were also often used on gateways and tomb entrances. The Egyptian goddess Bastet was represented as a half woman half cat, and the cat was painted in black so it looked similar to a black panther. Bastet was goddess of warfare and power. The Egyptians worshiped this goddess and feared from it. They relied on the energy that this goddess sent them and they highly worshipped animals.

In Greece, the god Ailuros was also the god of protection and warfare. They highly respected this god and prayed to him whenever they felt endangered by their enemies. In modern culture, the Black Panther is still portrayed as a symbol of power and strength. This animal is also perceived as an evil animal, and somewhat sinister.

The reason for that is because ancient cultures had extreme fear of this animal, and it took a lot of lives back in times when there were no real weapons to defeat it. In modern culture, Black Panthers are often used as tattoo symbols. These tattoos are representations of someone’s character or desire to be more like this powerful animal.

Black Panther’s coat is another thing that is very popular these days. People give a lot of money in order to obtain this precious coat and to wear as a fashion choice. This, today, is considered to be a symbol of great wealth and power that a person has.

Black Panthers are in great danger today and they no longer represent a great threat for humans. We are not living in fear from Black Panthers, but the respect for them still remains to be alive. Their symbolism will continue to develop, but the stories and myths we have collected over hundreds of years are the ones that will forever remain the base of the Black Panther’s symbolism.

Seeing a Black Panther – If you saw a Black Panther in your dream, this means you are feeling very powerful and in control right now. Everything seems to be going smoothly in your life and you have nothing to complain about.

Black Panther crossing your path – This dream is a symbol of protection by higher forces. You can be sure that luck is on your side and you have nothing to be afraid of. Focus on your goals and don’t let anyone disturb your peace.

Black Panther stalking you – This dream symbolizes your enemies. There are people in your life who would love to see you fail, but you can’t let them win. Be careful about your actions and words and don’t let these people have the upper hand.

Black Panther symbolism is still developing but what we know so far about Black Panthers is enough to make a judgment. These animals are extremely powerful symbols of warfare, power and strength. The Black Panther statues on tombstone entrances and gateways to monuments are enough proof about their importance.

People primarily feared Black Panthers, but they also felt a great deal of respect towards them. Black Panthers symbolism remains the same in modern culture, and it is still a very important symbol thousands of years later.