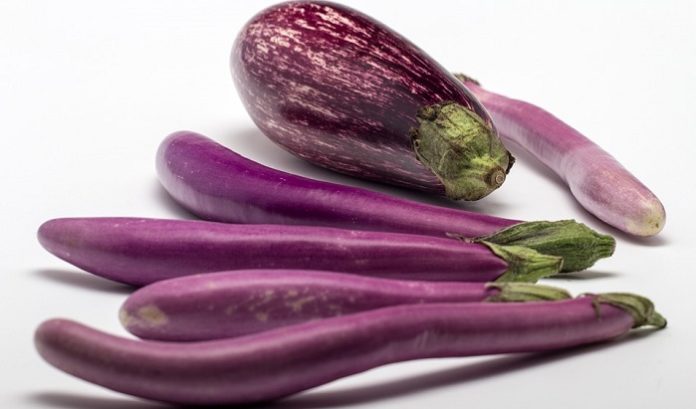 Most vegetables can be eaten raw. This way you usually obtain most nutrients that you need. But, sometimes it is not good to eat raw vegetables. In this article we will talk about eggplant. If you also use eggplant in your diet and if you like this vegetable, you may not be sure if this vegetable is good to be eaten raw.

In this article you will get the answer to this question and you will learn something more about eggplant. Also, we will show you what can happen if you eat eggplant raw.

Eggplant or aubergine is a part of the nightshade family, along with tomatoes and potatoes. Botanically, eggplant is a fruit, but in culinary purposes it is used as a vegetable. Eggplant can be quite bitter, but if you add salt it will remove moisture from this plant and it will solve the bitterness problem. There are several types of eggplant, such as Japanese, Chinese and Indian. These types of eggplant are the most popular and the least bitter, so people usually choose them for different recipes. But, there are also many people who don’t like eggplant because their digestive systems are not able to digest this vegetable well.

You should store eggplant at room temperature, not in the fridge. It is known that eggplant contains the toxin solanine, which is the main reason why eggplant is not good to be eaten raw. Below you will see more about solanine poisoning.

Can We Eat Eggplant Raw?

As we have already said, the answer to the question can we eat eggplant raw is no. You should not eat eggplant raw because it contains solanine, a compound that inhibits the absorption of calcium. Solanine is actually a glycoalkaloid poison that is found in species which belong to the nightshade family.

So, if you eat eggplant raw it can lead to solanine poisoning. Solanine can be poisonous if it is consumed in large quantities. It means that if you eat a small amount of raw eggplant nothing bad will happen, but in high doses raw eggplant can be life-threatening.

The most common symptoms of solanine poisoning are nausea, vomiting, headache, diarrhea, dizziness and cramping of the stomach. If you experience any of these symptoms after consuming raw eggplant, then you should consult your doctor.

If you cook eggplant, solanine will be neutralized and there won’t be any side effects. But, there are people who can eat a small amount of raw eggplant without experiencing any side effects caused by solanine. Symptoms of solanine poisoning are usually experienced by people who have sensitive tummies. It is also good to know that eggplants contain large amounts of oxalates that may crystallize in body fluids, which can cause many health problems. Because of that, it is recommended that people who are sensitive to oxalates or people who have some gallbladder or kidney problems should avoid eating eggplant at all.

Also, studies have shown that there is a connection between the toxin solanine and joint stiffness. It means that people who suffer from arthritis should also avoid eating eggplant and other nightshade vegetables.

As you have seen in this article, eggplant should not be eaten raw. Eggplant contains the toxin solanine that can cause many gastrointestinal problems, but also other health issues.

So, it is best to choose some other way to use eggplant in your diet. You can prepare eggplant using different methods, such as boiling, frying, baking or grilling. It is best to avoid eating eggplant raw, in order to prevent any health risks.