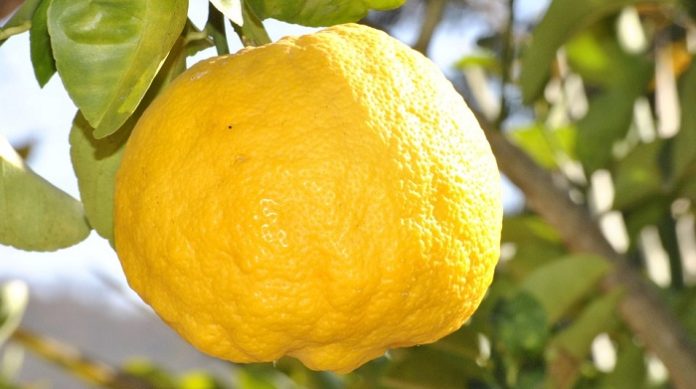 Juicy, fresh and yellow citrus, lemon is grown in Asia for thousands of years. It was introduced in Europe a long time ago, particularly in Mediterranean and ancient Greece, in the first place. Ancient Greeks had much appreciation for this amazing fruit and its medical properties and benefits. They named it “Persian apple”, since it was brought from glorious Persian Empire by one of the worlds greatest military commanders, Alexander the Great.

Lemon travelled throughout all of Europe and became extremely popular in Roman culture. It was one of the inevitable food supplies during great Roman military campaigns. This way it was spread all over the Mediterranean countries, including Spain, from where it was later taken across the ocean to the far Americas, by Columbian solders and travelers.

Today, it is still considered as a mighty immune booster and great source of valuable vitamins. It is used in many ways, as a food, drink, addition to many dishes, spice for both sweet and salty meals, as wall as an ingredient for many beauty products etc. The most common consumption way is drinking freshly squeezed lemon juice or lemonade. What about skin and seeds of lemons?

Lemon skin is extremely rich in vitamins, minerals and fiber. Actually, its content is much more concentrated in the peel itself, then in the rest of the lemon fruit. But, is it safe to consume? Lemon peel is edible and quite safe, but only if it comes to organic grown fruit, without the use of pesticides and fungicides. The same rule applies to all other fruit, when it comes to eating their peel. Since almost all of these fruit can be grown in the garden, every household can afford organically grown lemon and enjoy its powerful properties in whole.

So, lemon peel is safe to eat, only if it comes from organically grown lemon tree. Otherwise, it should be strictly avoided. Lemon peel has a wide range of uses. It is frequently used as aromatic and fresh spice for a whole bunch of savory dishes, desserts, cakes and cookies. It is also added to many fish meal sauces and creams.

Do not eat skin from purchased lemons, of non organic origin. Manufacturers frequently put fungicide and wax on them to make them look shiny and attractive for a quicker sale. Only water cannot wash off the chemicals, since many pesticides are accumulated in the fruits.

Lemon seeds are also considered good to consume. Although many people would never consider eating lemon seeds, they are actually very beneficial to our health. Lemon seeds have great antiseptic properties, which makes them extremely useful for treatment and prevention of various fungal problems. They are a good cure and preventive for candidiasis.

Thanks to their healthy properties, lemon seeds are also natural remedy for parasite diseases. For example, if you have problem with threadworms, you can prepare a great mixture from lemon seeds and milk. Crush a tablespoon of lemon seeds and add them to a cup of milk and boil together. This natural cure is also good for children. In this case, use just half of a tablespoon of seeds.

Lemon seeds are generally considered edible and safe, so they do not have any side effects if you use them in moderate amounts. Lemon seeds can cause digestion problems to sensitive people or people who suffer from medical conditions which make them difficult to digest any hard seeds. In this case, lemon seeds should be avoided as well as any other. However, they do not contain any dangerous substances, which can affect human health.