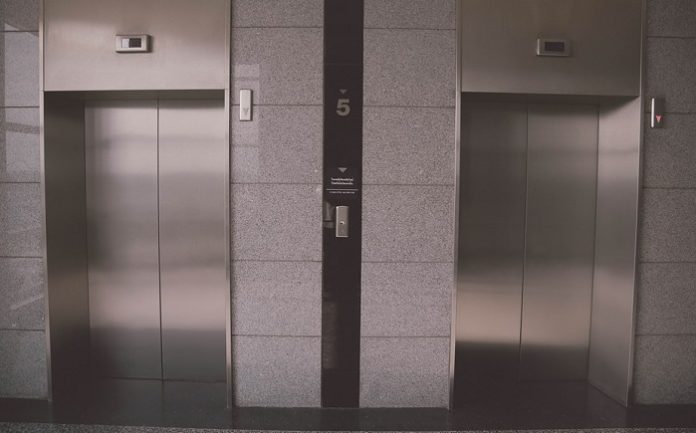 The elevator not only takes on an important function in any skyscraper but is also a very important dream symbol, which is closely related to the symbols of building, house, and room.

The interpretation of dreams in which an elevator plays a role, as always, depends on the particular situation and the dream context. Do you stand alone in the elevator or are there other people inside? If so, who are these people? Does the situation seem threatening, restrained or pleasant?

All these factors and questions affect the interpretation of the dream of the elevator. What different interpretations of dreams in elevators come to fruition is explained below.

If we drive up in the elevator, this initiates a new level of consciousness. The upward-moving elevator stands for maturity, growth, and progress in the spiritual sense. The further up the elevator goes, the higher the mental development of the dreaming. If the elevator stops in front of the last floor, it means that the new level is not yet fully reached.

It is also important on which floor the lift stops because numbers often contain important messages of the subconscious.

If the elevator that we are in during our dreaming is going down, it may indicate that you are not yet up to the new, more mature level of our consciousness. Especially when the elevator crashes, it can be an indication that something in our lives is out of control. We ourselves can no longer decide where to hold the lift – it just drives unchecked into the depths. Such a dream is closely related to fall dreams or dreams about plane crashes.

Another negative aspect of elevator dreams is that of narrowness. The elevator is not only the only movable room in a house but also the smallest and most confined space. Both in the dream and in real life, we have to surrender ourselves for a moment to this narrow space and are confronted with an important aspect in ourselves.

Other people in the elevator

Even more uncomfortable is the elevator situation, when there are other people besides us in the lift. Especially when strangers are in the elevator, which we touch because of the narrowness, the feeling of discomfort grows, after all, nobody wants their privacy to be hurt. Even eye contact with strangers we endure only reluctantly.

In the dream, when strangers are in the elevator, we are confronted with strong, novel aspects that are part of our new level of consciousness. Of course, we do not reach this level effortlessly, but must face the challenge, in this case, the ride together in the elevator.

However, such a dream can also mean that one should approach more strangers and overcome his  fear of contact with strangers.

It is also important if you or someone else operates the button on the elevator. If a stranger chooses the floor, it may indicate that one is too much influenced by others. If the other passengers force you out of the elevator, it means you should be more assertive in real life. If people randomly get in or out or do not fit in, this can mean that one should n ot rely on others all the time.

Stuck in the elevator

If we get stuck in the elevator while driving, the dream can quickly turn into a nightmare. We are locked up in a small room, we cannot go up or down. Even in people who do not suffer from claustrophobia, ie the fear of confined spaces, fears of death develop in such a situation. This situational fear symbolizes those fears we must overcome to complete our transformation process. If the elevator gets stuck in the dream, then our consciousness is not already ready for a change.

The end of the ride

To interpret a dream of the elevator correctly, of course, it depends on where the journey goes. As soon as the elevator door opens, we have reached a new level. The highest level was reached when you are outdoors and the environment is friendly and pleasant.

If we are still in the building, we have not yet arrived at the end of our spiritual development tour. If the elevator at a menacing, gloomy and eerie O

If you do not want to climb stairs and try hard, take the elevator. With a lift, you get much faster in the air. However, the ride in an elevator system can just as quickly go down and many people climb out of principle not in an elevator, as this could crash. In particular, a glass elevator, which gives a clear view into the abyss, stirs the fear of it. However, the likelihood of this happening is extremely low, as elevator s are regularly maintained.

Speaking of an elevator can also mean that one expresses himself rather negatively about the appearance or clothing of a person, whose appearance may not correspond to the common image of society. A lift or lift appears quite often as a dream image. Decisive for a correct interpretation of this dream symbol is above all the driving direction of the elevator. Is he going up or down? Think about it once.

If the dreaming uses a lift in his sleep, then this is interpreted as an indication that he not only wants to get up quickly in space but that he also strives upward in his life. Also, the dreaming’s intention to solve problems quickly is symbolized by the modern dream research, but this can only succeed if he makes more effort, so not always takes the elevator that works through the help of others.

If the dreaming uses a lift, then he moves upwards without his own strength, but also downwards. In the psychological interpretation of this dream symbol, the elevator stands for processes of change of the dreaming, which are however supported by foreign help.

The dreaming feels the ride in the elevator usually fast and almost weightless as when flying. This feeling in sleep can point to overconfidence and unrealistic ideas.

A ride up the elevator symbolizes the desire for career and success as well as self-confirmation. If the elevator gets stuck in the dream, then this is interpreted as a sign of a delayed personality development. Even the feeling of not being worth anything can go hand in hand with the dream image. If the journey goes downhill and the dreaming feels uncomfortable, it is usually a matter of fears for the future that are expressed.

If you interpret the dream symbol to lift spiritually, then it stands for the ups and downs of life that you can not always control yourself.

You can climb the stairs if you want to go upstairs, but faster with the elevator. However, this acceleration can bring the passengers down again. An elevator can be older and creak slightly when driving or chic and modern with lots of glass and stainless steel. A glass elevator that runs on the outside of the house facade has the advantage that you can enjoy a nice view while driving – but some will be queasy while driving because of his fear of heights in the wheelchair.

Escalators or an elevator are dream images that radiate momentum and appear quite often. It is no coincidence, then, when the dreaming uses it in the dream world. In the right interpretation of the dream, especially the direction of travel is important. Is the journey going up or down? Often you can read an indication of the future here.

Positive is a dream to interpret when the elevator goes up. In this case, even the dreaming in the watch world will make his personal ascent. However, this ascent will only work in the wake of life with help from others. If the elevator moves down, then this dream image is rather negative. The dreaming cannot fulfill the expectations placed on him. If the elevator then stops in the basement, then there is something in the dark in the life of the dreaming, something that should definitely be explored.

If the lift appears as a dream image, dream research always interprets it as a desire for career and social advancement. If the dreaming does not drive in him and only sees him, then this wish remains unfulfilled. Does he see himself driving in the elevator, then comfort announces itself? Serves the dreaming in the dream world the elevator, then he will take care in the waking life for socially disadvantaged fellow humans.

The use of the elevator in a dream is always an indication that the dreaming in his mental development and on his life’s journey depends on the help of others. Because without this help, the elevator would not move. The situation is different when the dreaming uses the stairs in the dream world.

If the ride in the elevator is fast and almost weightless, then this dream image is also a warning against overconfidence and unrealistic wishes. This is also true when dreaming of a lift crash. A broken elevator that gets stuck or crashes indicates a change in the dreaming’s life. This change comes as a surprise and without announcement.

If there are other problems with the ride in the elevator or if it gets stuck, the dream research sees this as an indication of a problem in the personality development. Sometimes emotions can be behind being less valuable than others expressing themselves this way. Fear of the future is usually shown by a ride down, which is unpleasant to the dreaming.

In the spiritual dream interpretation, the ride in the elevator in the dream world is interpreted as a symbol for both the highlights and the lows in life.

If the dreamed elevator is on a ride up, then the dreaming is on the way to his spirituality. If he gets stuck, then there are also stagnations in his spiritual development.