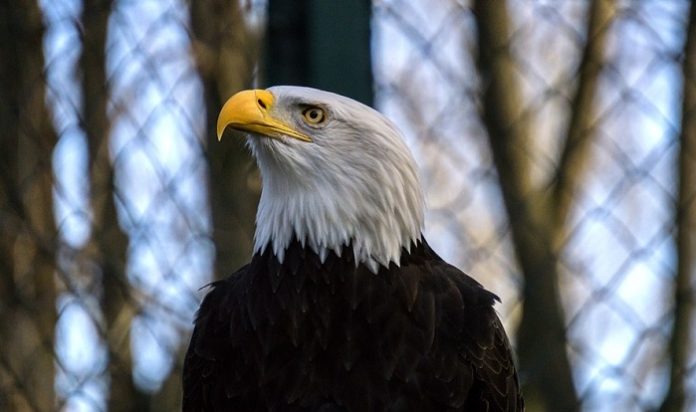 The perfect flight of eagle, and especially the way it circled around our heads has been something that captured our imaginations for centuries. This predator bird is an ancient symbol of ppower and unbridled independence, and is also commonly known as a symbol of achievement, rising above things, triumph and success.

Even one look at an eagle gives you an idea what kind of bird this is. The magnificent appearance and power it releases is extraordinary and can’t be compared to anything else.

Eagle symbolism was created by many different cultures around the world. Since they inhabit large portions of our planet, eagle was one of the favorite symbols in many cultures.

To some, eagle was a positive symbol while to others it was a symbol of negativity and danger. Eagle is surely not the tamest birds but that is what makes them stand out from all other birds. Their independence and freedom is the most important thing, and they would never allow others to own them.

Totems are animal symbols we are born under. They come into our lives when we need them and in order for our totem to be woken we need to call for it. Ancient tribes used to do ritual dances in order to attract totem animals and their characteristics.

As a spirit animal, eagle is best described by these words:

People guided by this spirit animal are very courageous and brave. Nothing is too hard for them and they can make everything happen. Even if their opponent is twice the size, they won’t back down or give up on something. This bravery can sometimes cause troubles in their lives because they tend to get in dangerous situations. However, everyone who is their friend will always be protected and sheltered no matter what.

People guided by the eagle spirit animal are also very resilient. They can endure any living situation and patiently wait for better days. No matter how hard the life currently is, they will endure these hard moments and wait for better ones to come. You rarely mope around and feel sorry for yourself, because this is simply not the way you like to live.

When your spirit animal is an eagle, you are strong both mentally and physically. Nothing can hurt you or touch you, because you keep a cold attitude towards everything. You are usually in good health and can endure even the physically hardest situations. When people try to break you mentally, you will show them how you can be more powerful and stronger than them no matter what they try to do to you.

People guided by the eagle spirit animal are symbols of visions. They are visionary and creative people who can solve any problem without any trouble. Their creativity is not only present on their work place but also in their life. They can come up with ideas nobody can, which makes them stand out from the crowd. You are particularly good at problem solving and finding the answer to any question.

If your spirit animal is an eagle, you always give hope to others. Your attitude is positive and you love to think positive about your future. Others come to you for a dose of positive energy and encouragement. Being so positive is not always easy, but you love to see your future as bright no matter how hard it is now.

As a totem, eagle symbolizes experience and adventure. When your totem is an eagle, this means you love living and your goal is to see as much things you can as quick as possible. Having this totem is a true blessing because you are independent and you love going on adventures. This bird is the ultimate symbol of freedom and independence. You are ready to pack your things at any moment and sail off to a new adventure.

Eagles can fly higher than any other bird which makes people born under this totem able to rise above problems. Nothing is too hard to solve and everything has a solution. The only thing you have to do is to look deeper into the problem and find out what is really happening.

Eagles have 4 claws or fingers. Since number 4 in numerology is a symbol of firm ground, everyone guided by this totem is a very confident person with a lot to offer to the world. Since eagles can fly high but still come down to Earth at some point, they are powerful people with strong visions and creative minds. They are able to see things from a different perspective and decipher messages that others can’t.

When your totem is the eagle, you are guided by your actions and this totem tends to influence your behavior unwillingly. No matter how hard you try, your true nature is going to swim up to the surface. Eagle totem is very powerful so there is no point in trying to cover up your true self.

The perfect flight of an eagle, and especially the scene when it turns and circles above the head, has spurred the imagination and delighted man for centuries. This predator bird is an ancient symbol of invincibility and unbridled freedom, and is also commonly known as a symbol of achievement, rising above the situation, success, and triumph.

In the Egyptian hieroglyphs, eagle symbol was used in phrases such as God, Pharaoh, Size, Year, Sovereign, Star, Time, Prayer, Earth, and the World. It is associated with the god of heaven, the king of the sun, Horus, who is portrayed as a fox or a man with a head of an eagle. Around the Horus, the Egyptian symbol for the Sun shows the eyes and stylized face of the eagle. God of the Sun Ra is also described with the head of the eagle. It was believed that the ruling king was the earthly incarnation of Horus and that’s why the kings often appeared with the head of the eagle. In the early dynasties, the royal rise was known as the “flight of an eagle”.

In European culture and tradition, the eagle represents a hunter and is considered a warlike symbol, because of its outstanding flying skills. Gray eagle has been used as a versatile hunting bird since ancient times. Also, it represents vision, freedom, and victory, and therefore also implies salvation for those who are in bondage was moral, emotional, or spiritual.

In the Christian symbolism, the Wild Eagle represents the uneducated materialistic soul and its sinful thoughts and deeds. The sociable Eagle symbolizes the Christian transformation by realizing his exalted thoughts, hopes and strengths with courage.

In Native American culture, an eagle was a symbol of bravery and knowledge. All of the tribes in Native American culture consider eagles to be important spiritual symbols. Tribe leaders and priests would wear eagle feathers in order to attract power and strength into their lives. They were also symbols of protection against evil spirits.

In Celtic culture, eagle represented the god Odin and Llew. Both of these gods had the ability to transform their bodies into eagles and fly among people unnoticed. According to Feng Shui rules, if you place an eagle sculpture or an image on the North and East sides of your home, you will attract love and luck into your home. Eagles on images should have their wings wide spread or they should even be flying in order to attract maximum amount of luck and happiness.

Dreams we have at night are sometimes reflections of our deepest darkest thoughts. At other times they can just be reflections of things we did throughout the day. Whatever you choose to believe in, there is definitely something mysterious about our dreams and the symbols we dream about. Eagle can appear as a positive or negative symbol in our dream.

Sometimes this symbol is bringing us positive news, while other times it just means trouble is on the way.

If you saw an eagle flying high in the sky, then you are about to enter into a conflict with someone you know. This person is going to provoke you with something and you have to be careful not to say things you don’t really mean. If this happens on your workplace, then try to avoid conflict all together. but, if the conflict happens between you and someone close to you, then try to clear things out with this person that have been bothering you for a while.

If you killed an eagle in your dream, this means you are going to enter an extremely positive period in your life. A lot of luck and success is coming your way so don’t be worried about anything. Problems you had are going to get solved successfully and you will end up as a winner.

If an eagle in your dream was inside a nest, then you are going to form extremely good relationships with people from your surroundings. Communication won’t be a problem for you and somehow everyone will be attracted to your positive nature and charm. The person you are going to meet is someone who can change your world completely and make it hundred times better.

Dream about flying on an eagle is a symbol of a trip you are going to take soon. This trip is something you have been dreaming about for a while now, and it is finally coming to realization. Perhaps you might even meet someone on this trip who is going to turn your world around completely.

If you had a dream about an eagle in your home, then you are about to improve your living standard. You will land a great business deal or win some money that is going to help you improve your living status. This dream is also a very positive sign about finances in general, because it is telling you that money is about to come pouring in from everywhere.

Eagle symbolism has been and still is very important. Many cultures around the world consider eagles to be symbols of power, strength and wisdom. We admire eagle’s flight and enjoy seeing him fly above our heads.

Even though it reminds us of our inability to feel this kind of freedom, it is still remarkable to see an eagle at flight.