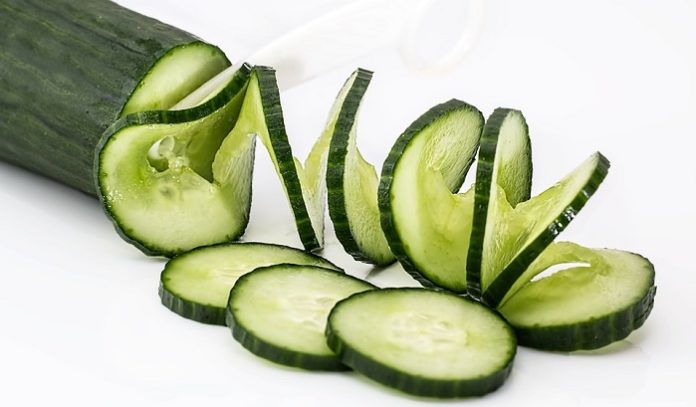 In this article we will talk about cucumbers. Cucumbers can be a healthy snack, but also a great addition to salads and different meals. You may know a lot about this vegetable, but have you ever wondered about the shelf life of a cucumber?

How long cucumbers can last and how they should be stored?

In this article you will get the answers to these and similar questions. Also, you will learn how to be sure if cucumbers are rancid or not. Read along and find out.

Cucumbers are rich in vitamins. The most important is high content of vitamins A and K, but cucumbers are also rich in potassium. Due to their high nutritional content, cucumbers are very healthy. Regular consumption of cucumbers can help in preventing and treating many health problems.

Also, they are low in calories, so they can help in weight loss. There are two types of cucumbers – slicers and picklers. Picklers are generally smaller and firmer than slicers. Cucumbers have high water content, which means they deteriorate quickly after they are being cut. But, there are some storage techniques that can help you prolong the shelf life of your cucumbers.

What Is the Shelf Life of Cucumbers?

Like other fresh vegetables, cucumbers may not have a use by date, best before date or a sell by date, so you have to be based on the date when the cucumbers were purchased. After purchasing a cucumber, it will last about one week if it is refrigerated. Of course, it refers to whole cucumbers. When you slice them, they usually last only a day or two.

The shelf life of cucumbers depends mostly on the way of their storage, but also on a type of cucumbers. It is known that large whole cucumbers usually last longer thanks to their protective skin that holds the nutrients.

How to Store Cucumbers Properly?

Cucumbers have a shorter shelf life if they are not stored properly. Proper storage conditions are the most important if you want to extend the shelf life of cucumbers. It is recommended to store cucumbers whole and unpeeled. You should store them in plastic bags in the fridge.

Keeping cucumbers refrigerated will certainly extend their shelf life. It is recommended to put cucumbers on the upper shelves of your fridge, which are not cooler than 40 degrees F. One important thing is that you should not wash cucumbers before putting them in the fridge. But, you should rinse and scrub them well before you eat them, because cucumbers are often covered in an edible wax. This wax might not be tasty and you should remove it. When you cut your cucumbers, put them in a baggie. But, it is important to cover the cut end of a cucumber with a moist paper towel or with a plastic wrap. This way you will extend the shelf life of cucumbers.

Also, it is very important not to cut a whole cucumber if you will not use it. Cut only the amount that you will use right away. The left-over cucumber will certainly last longer if you leave it whole. When you take out the rest of the cucumber from the fridge, you should slice off and throw away only about half-an-inch of the earlier cut end. Although you have stored it properly, the cut end of a cucumber may dry out a little, but the inside of a cucumber will certainly remain crunchy. When it comes to the freezing, it is known that cucumbers don’t freeze very well.

How To Tell if Cucumbers Have Gone Bad?

You can easily tell if cucumbers are bad. First you will notice wrinkles on their skin and also soft spots. These are the signs that your cucumber is getting old. If you notice that only one end of a cucumber is soft, you can simply cut it off and eat the rest of a cucumber. When you notice a moisture or slime on the surface of a cucumber it means that it has gone bad. Spoiled cucumbers become mushy and they develop a white slimy surface.

Also, if you notice any mold growth on the skin of a cucumber it means that it has gone bad. It is not enough to cut off mold because it can contaminate the whole watery flesh of a cucumber. You should not eat these cucumbers. It is recommended to throw them away immediately. Remember that many health risks are related to spoiled foods.

As you have seen, cucumbers have their shelf life that depends mostly on storage conditions. As all other fresh vegetables, cucumbers don’t have a long shelf life. You should use them within a few days after picking them.

Otherwise, you will notice the signs which show that your cucumbers have gone bad, so you should discard them.